9 more test positive in Himachal, got infected by 3 Tabligh members 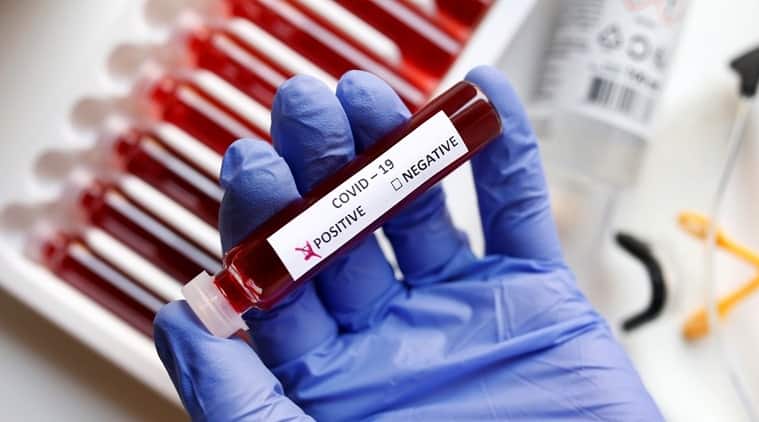 Currently, 11 patients in the state are suffering from COVID-19, all members of Tablighi Jamaat, while the state has reported a total of 19 cases. Of the remaining 8, three were linked to foreign travel. (Representational Image)

In the biggest one-day spike in Himachal Pradesh, nine people in Una district tested positive for COVID-19, taking the total count in state to 28.

Health officials said that all nine patients were residing in a mosque at Kuthehra Khairla village in Amb tehsil and only one of them belongs to the village. Five patients are from Sirmaur district, one from Arki and two from Uttar Pradesh, officials said. They were all primary contacts of the three Tablighi Jamaat members who tested positive for the virus last week, officials said.

While 27 of the 28 confirmed cases reported so far are linked to either foreign travel or the Tabligh Markaz, the source of infection of a 70-year-old woman staying near Baddi, who passed away last week, continues to remain a mystery.

On March 15, the woman, a Gurgaon resident, used a private vehicle along with her husband and several others to come to Jharmajri industrial area in Barotiwala, where the couple ran a helmet manufacturing unit. Her husband told officials that they started staying at the guesthouse located within the premises of the factory and rarely ventured out. The woman had also not travelled to any foreign country, he said. The 70-year-old was tested for COVID-19 at Chandigarh’s PGI on April 2, and was found positive. She passed away on the same day.

Following her death, the Solan district administration sealed the area and started testing her contacts, four of whom tested positive and chose to fly back to Gurgaon in a helicopter, where they are now hospitalised in a private hospital.

Baddi Additional SP N K Sharma said that an investigation into the cause of transmission is still underway. Another police official said that the woman’s husband tested negative, probably because he had maintained social distancing even while staying with her at the guesthouse. “Everyday we’re testing dozens of people from the company, the hospitals she had visited when her health worsened, and all her other contacts. So far, how she got infected is unknown to us,” he said.

State Disease Surveillance Officer, Dr Sonam Negi, said that health officials in Gurgaon were also informed about the patient so that they could take the necessary precautionary measures in her area of residence. “In the NCR, the disease is already quite widespread so it’s hard to trace her source of infection,” he added.

Meanwhile, the police have identified the train taken by four members of Tablighi Jamaat from Tissa subdivision of Chamba district. These four tested positive on Monday night. DGP S R Mardi said police efforts are on to trace all people who travelled in their coach in the train and subsequently in other vehicles on March 20 from Delhi to Chamba.

Currently, 11 patients in the state are suffering from COVID-19, all members of Tablighi Jamaat, while the state has reported a total of 19 cases. Of the remaining 8, three were linked to foreign travel.

Only 4 out of 19 cases of COVID-19 in Himachal are women, constituting 21 per cent of the total cases, according to data maintained by disease surveillance officials. The age range of the patients varies from 17 to 75, with six people below 30 years of age and six people above sixty. People in their 20s and 70s have been the most vulnerable so far, constituting four cases each. The two patients who died were aged 69 and 70 years, including a male and a female. Cases have been reported from four out of 12 districts in the state so far, including three in Una, four each in Kangra and Chamba, and eight in Solan.

n');document.write('n nn');} 9.579 new coronavirus infections were declared last night(January 26) in the Valencian Community.That’s a rise of 1,156 cases on the...
Read more

Frosty relations: US Marines equipped for Arctic warfare land near Russian-Norwegian border as tensions heat up in frozen North

More than 1,000 elite American troops have landed in the far north of Norway, ahead of a month-long drill designed to improve the US’...
Read more

Should Germany bring in drastic travel restrictions in fight against Covid variants?