Angela Rayner to stand in for Keir Starmer at PMQs 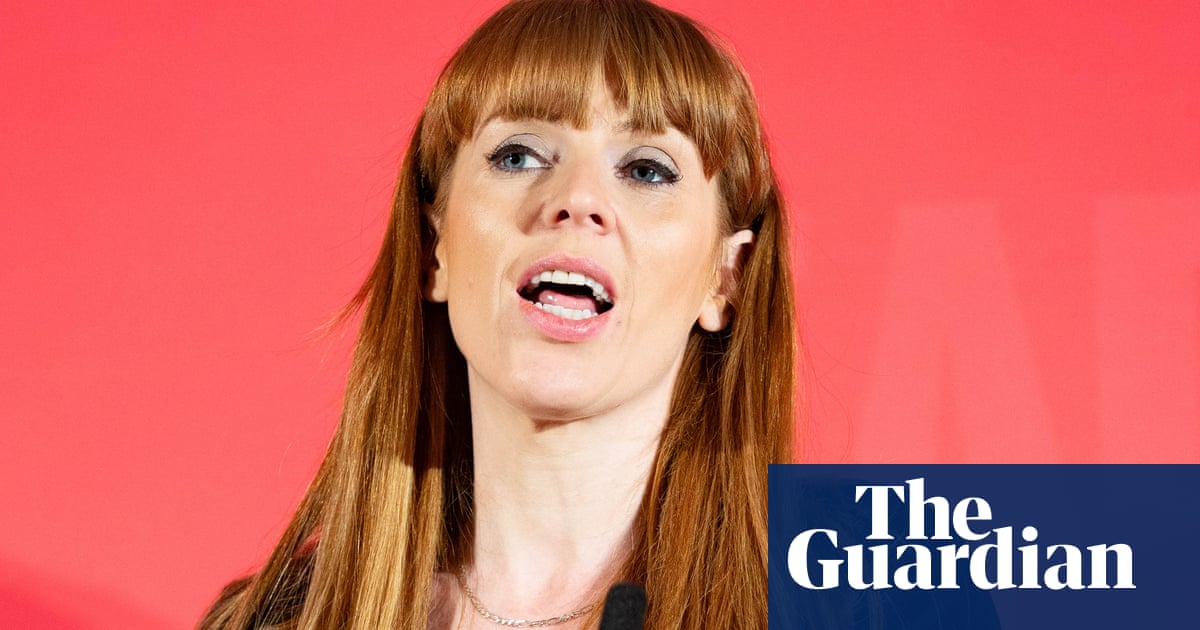 Labour’s deputy leader, Angela Rayner, will stand in for Keir Starmer at prime minister’s questions in the House of Commons opposite Dominic Raab, the party announced on Thursday, as the new leader completed his reshuffle.

Starmer announced his shadow cabinet earlier this week. With junior roles now also filled, he has brought more than a dozen Labour MPs who sat out the Jeremy Corbyn era or resigned in 2016 back onto the party’s frontbench.

They include the former leadership candidate Jess Phillips, who will be a shadow home office minister covering domestic violence and safeguarding.

Liz Kendall, who made a centrist pitch for the leadership in 2015 but lost out to Corbyn, will be shadow social care minister, and Alison McGovern, the chair of the Labour campaign group Progress and a keen footballer, will be shadow sports minister.

There are also jobs for many young Labour leftwingers, including Alex Sobel and Lloyd Russell-Moyle, who will cover tourism and the natural environment respectively.

Starmer’s campaign chief, Jenny Chapman, a former MP who lost her Darlington seat in December, tweeted: “This is what unity looks like.”

The shadow Treasury team in particular appears to span the breadth of the party. The Liverpool Walton MP, Dan Carden, a former aide to Len McCluskey who was Corbyn’s shadow development secretary, is shadow financial secretary.

He will serve alongside Wes Streeting, the Ilford North MP who was a vociferous critic of Corbyn’s leadership, and Pat McFadden, whom Corbyn sacked as Europe minister in 2016.

Some of the most vociferous champions of a second Brexit referendum, including the Cardiff South MP, Stephen Doughty, have also been given frontbench roles. Doughty, who previously worked for Oxfam, will be shadow Africa minister.

Rayner had already been named as Labour chair, but Starmer’s announcement that she would deputise for him at PMQs and in other key functions will ensure she has a prominent public role.

Rayner had been widely seen as a potential leadership candidate after Corbyn promised to step down following the party’s general election defeat, but she stepped aside in favour of her close friend Rebecca Long-Bailey.

She is a robust parliamentary performer. She was also more blunt in criticising Boris Johnson during the general election campaign than Corbyn, who stuck to his mantra of “they go low, we go high”.

Rayner, who was a single mother at the age of 16, called scathing remarks by Johnson about the children of single mothers, which were unearthed during the campaign, disgusting.

Starmer has signalled his willingness to take a constructive approach to working with the government to tackle the coronavirus crisis, but allies insist it is a fantasy that Labour could join a government of national unity as some Conservative backbenchers have suggested.

Shadow cabinet members have been asked to make contact with their opposite numbers in government, and several have done so by raising issues of concern in the way the crisis is being dealt with.

It is unclear in what form parliament will return after the Easter recess. Select committees have continued to hold meetings by video link since the lockdown began.