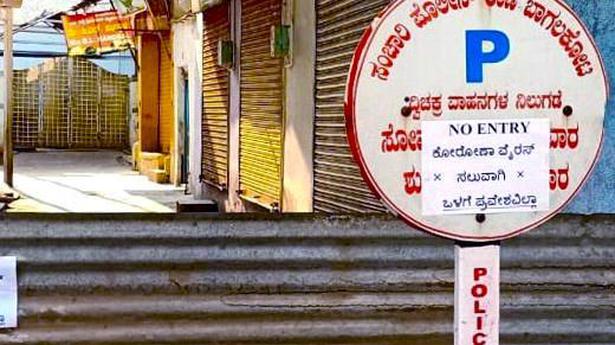 The Bagalkot district administration is struggling to solve the mystery of how a 75-year-old resident of the city, who died on Friday, got infected with the novel coronavirus despite having no travel history or contact with anyone who travelled abroad.

There have been suggestions that the source may have been his son, who arrived from Bengaluru about 12 days ago but was asymptomatic. Though doctors tested the man for COVID-19, his results came back negative.

The district authorities have cordoned off an area of about half a kilometre around the residence of the deceased. Going by a theory that more such persons might be living within that radius, the police and officials have now started visiting every house to look for persons who might have infected the elderly man. Since the deceased was an oil merchant, officials believe it is possible that some of his customers might be carriers of the infection.

Spreading their dragnet even to the neighbouring Vijayapura district, the police have found that the son of the deceased had travelled with six persons from Vijayapura in a car. While those six travelled to Vijayapura, the son continued his journey till Bagalkot. Anupam Agrawal, Superintendent of Police of Vijayapura, said, “We received some information from the Bagalkot police asking us to track those people down. We have traced and isolated all of them. Their swab samples will be sent for testing.”

Meanwhile, Bagalkot Deputy Commissioner K. Rajendra said the authorities were trying to find everyone who met the deceased person in the past 15 days. “We have urged people to voluntarily come up and reveal their details, which will help us prevent the spread of the virus,” he said.