Boris Johnson leaves hospital as he continues recovery from coronavirus 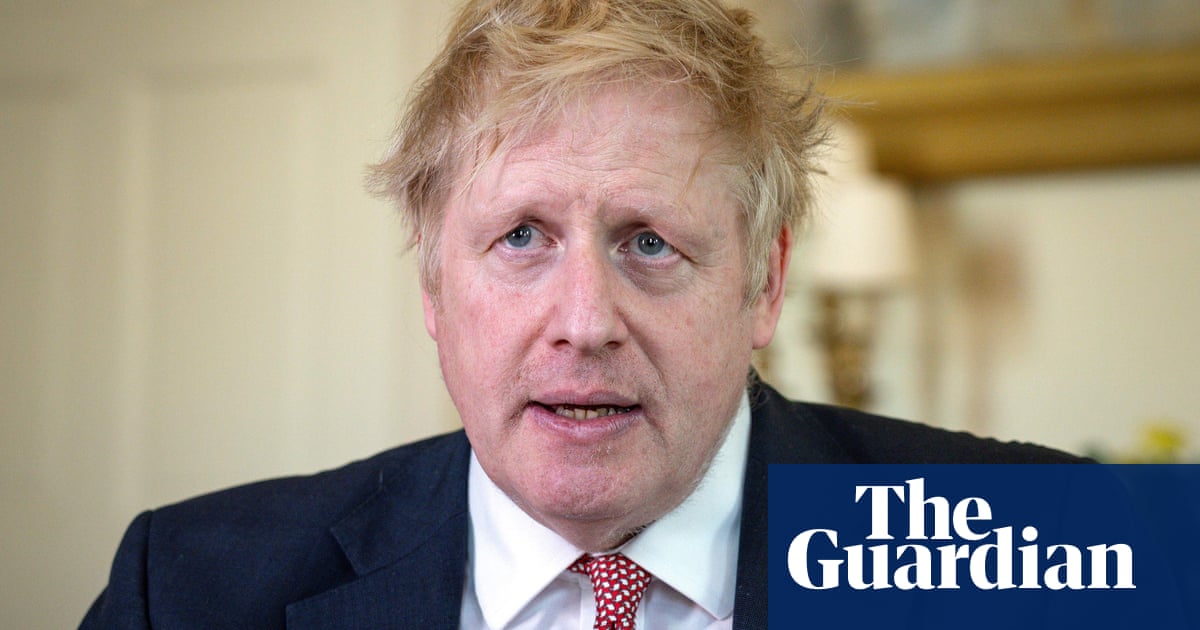 Boris Johnson has thanked the NHS for saving his life as he left hospital to recuperate at Chequers, after a week of treatment for Covid-19.

The prime minister singled out two nurses in particular for watching over his bedside in intensive care for 48 hours “when things could have gone either way” – Jenny from New Zealand and Luis from Portugal.

Speaking in a video message just hours after leaving St Thomas’s hospital in south London, the prime minister expressed optimism that the UK was “making progress in this incredible national battle against coronavirus”.

He said the country was mourning “every day those who are taken from us in such numbers, and the struggle is by no means over” but he argued progress was being made “because the British public formed a human shield around this country’s greatest national asset – our NHS”.

Johnson said he had seen the pressures the NHS was under after seven days in hospital, including three in intensive care. And he had witnessed the “personal courage not just of the doctors and nurses but of everyone: the cleaners, the cooks, the health care workers of every description, physios, radiographers, pharmacists”.

He praised a list of nurses and doctors who had looked after him by name, and gave extra thanks to Jenny and Luis, saying their care and interventions was “the reason in the end my body did start to get enough oxygen”.

“That is how I also know that across this country, 24 hours a day, for every second of every hour, there are hundreds of thousands of NHS staff who are acting with the same care and thought and precision as Jenny and Luis,” he said.

He also praised and thanked the public for observing social distancing when “the whole natural world seems at its loveliest and the outdoors is so inviting”.

No 10 said the prime minister will now head to Chequers to continue his recovery, leaving Dominic Raab, the foreign secretary, deputising for him.

A No 10 spokesman said: “The PM has been discharged from hospital to continue his recovery at Chequers. On the advice of his medical team, the PM will not be immediately returning to work. He wishes to thank everybody at St Thomas’ for the brilliant care he has received. All of his thoughts are with those affected by this illness.”

Raab has already announced the UK’s lockdown will continue beyond the initial three-week period set out by Johnson and may have to take further decisions in the coming days about how much longer it should stay in place.

Johnson was taken into hospital last Sunday after his coronavirus symptoms, including a cough and a high temperature, persisted.

He was moved into intensive care on Monday evening. The government said he was not put on a ventilator but had continued to receive “standard oxygen treatment”.

On Thursday, he was moved back to a hospital ward after three nights in intensive care, and was said to be in “extremely good spirits”, according to Downing Street.

Following his admission, colleagues expressed concern that Johnson had still been receiving his red box of government papers at his hospital bed and urged him to rest.

No 10 has insisted it has been transparent throughout Johnson’s illness but several reports have confirmed that the prime minister was more ill than officials were letting on in the days before his admission to hospital.

Johnson is expected to take some time to recuperate, rather than returning swiftly to Downing Street, but is likely to want to be involved in the decision about when and how to end the lockdown.

In a statement, Johnson’s fiancee Carrie Symonds said she “cannot thank our magnificent NHS enough”: “The staff at St Thomas’ hospital have been incredible. I will never, ever be able to repay you and I will never stop thanking you.”

She added: “There were times last week that were very dark indeed. My heart goes out to all those in similar situations, worried sick about their loved ones. Thank you also to everyone who sent such kind messages of support. Today I’m feeling incredibly lucky.”