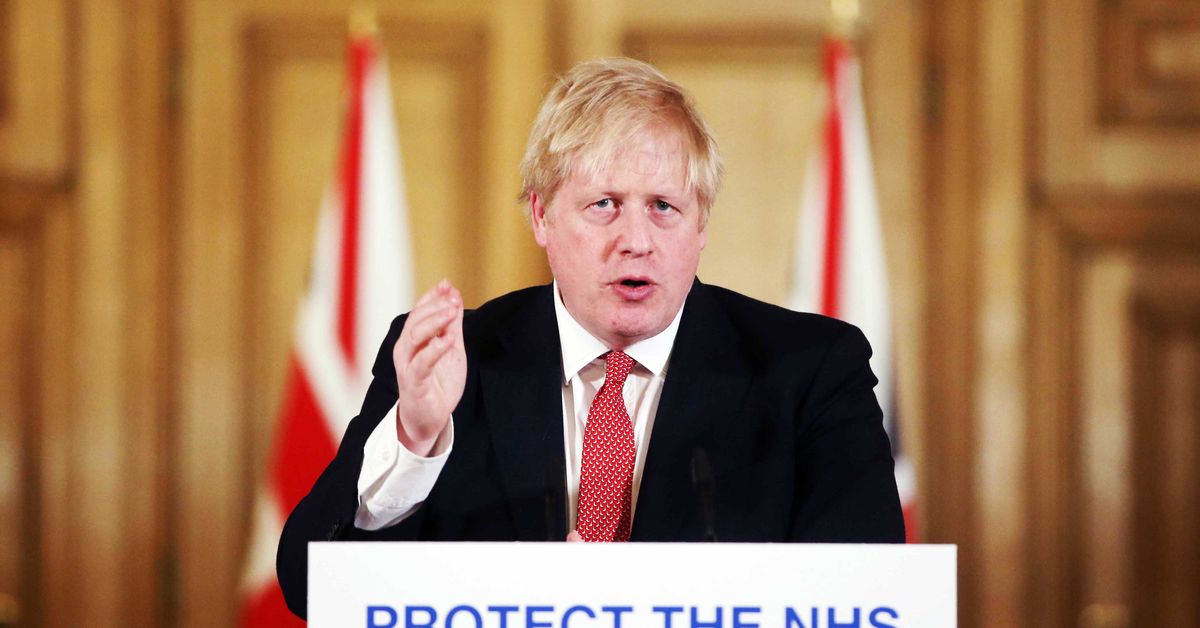 The United Kingdom indicated that it is not yet prepared to lift its stay-at-home measures, even as it got a dose of good news, with Prime Minister Boris Johnson being transferred out of the intensive care unit on Thursday. He remains in the hospital as his coronavirus symptoms are being monitored.

The Trump administration is also reportedly considering trying to ease some social distancing measures by next month. Public health officials say social distancing is working, but the economic toll is pushing some in the White House to try to jump-start parts of the economy.

And finally, Yemen, a war-torn country ill-equipped to deal with a global pandemic, recorded its first case of coronavirus Friday.

Here’s what you need to know today.

British Prime Minister Boris Johnson was discharged from the intensive care unit on Thursday, following an approximately three-day stay there after his coronavirus symptoms worsened. Johnson remains in St. Thomas’s hospital in London, where he was admitted Sunday night.

A spokesperson for the prime minister’s office said that Johnson “will receive close monitoring during the early phase of his recovery” and that he was in “extremely good spirits.”

Johnson publicly announced that he had the coronavirus on March 27, leaving the UK’s leader sick amid the national emergency. Dominic Raab, the foreign secretary, was deputized to stand in where Johnson was unable to do so.

On Thursday, Raab urged the country to keep up social distancing measures through the Easter weekend. “The measures will have to stay in place until we have the evidence that shows that we’ve clearly moved beyond the peak,” he said.

The UK is under strict stay-at-home orders, which are up for review next week. But Raab’s statement indicates they are not likely to be lifted or eased immediately. The Guardian reports that the government is looking at ways to lift the lockdown sector-by-sector, but no formal plans have been introduced yet. The UK has confirmed more than 65,800 cases as of April 9, and registered nearly 9,000 deaths.

The United States is in the middle of its coronavirus crisis, with more than 467,000 confirmed cases and more than 16,600 deaths. New York City alone has registered more than 7,844 deaths, and is building more burial plots on Hart Island, where the city’s unclaimed bodies have long been buried.

Not every city or state has reached this scale of emergency, though (and there are signs that hospitalizations are beginning to stabilize in New York City). Public health and other government officials say this is because the social distancing measures that the majority of Americans are under are easing the spread of the virus.

“That means that what we are doing is working and therefore we need to continue to do it,” Dr. Anthony Fauci, the director of the National Institute of Allergy and Infectious Diseases, said at the White House press briefing on Thursday.

At the same time, the social distancing measures are cratering the economy, with most businesses and nonessential travel largely shut down. Jobless claims in the past three weeks hit 16.8 million, with 6.6 million alone in the week ending April 6.

President Donald Trump had initially suggested the country would be open by Easter, a deadline that quickly proved to be infeasible as cases continued to rise. The White House, as a result, extended its social distancing guidelines until April 30.

But the president — who planned to run his 2020 election campaign on the strength of the American economy — along with some of his economic advisers is reportedly eager to push the country to “reopen” by May 1, according to the Washington Post. Whether that will mean totally lifting, or merely easing, social distancing guidelines is not yet clear.

Of course, most states and localities are going to make their own decisions — and places like New York and California have warned that social distancing measures are unlikely to be lifted soon, and would require more robust testing and monitoring before that would even be possible. (Even places that already have that level of testing and monitoring, like Singapore, are still seeing waves of new infections.)

Public health officials are concerned that if the country lifts restrictions prematurely, it could see a resurgence, only having to lock down once again — and deepening the economic shock.

Expect this debate to grow louder as the month wears on.

Yemen reported its first case of the coronavirus Friday, a devastating development for a country already torn apart by war. Before the threat of a pandemic, Yemen faced a prolonged humanitarian crisis, and its health care system has been decimated by five years of war. Millions of internally displaced people live in camps, where sanitation can be hard to maintain, and about half of the country is on the brink of starvation.

Public health officials have been warning of the devastation that coronavirus could cause if it hits war-torn countries such as Yemen and Syria, where government infrastructure is practically obsolete and many people are displaced and already lack basic necessities.

According to Al Jazeera, both sides are trying to do what they can to prevent the coronavirus from spreading, including by stepping up screenings. But testing so far is limited, and neither side has the resources or infrastructure to mount a robust response. What’s more, the regional powers backing the two sides — Saudi Arabia and Iran — are dealing with their own deadly coronavirus outbreaks.

This is likely why, on Thursday, Saudi Arabia declared a unilateral two-week ceasefire on Thursday to try to prevent the spread of coronavirus and to pause the fighting to try to reach a settlement. There have been ceasefires in Yemen before that have failed to hold, though none during a pandemic.

Echo, a cheetah at the National Zoo in Washington, DC, gave birth to four cubs. There is a cheetah cam you can watch.