Flight 752’s flight data recorders still haven’t been downloaded and analyzed three months after the disaster and remain in Iran. (IRIB VIA WANA/Handout via Reuters)

Canada told Iran this week to hold off indefinitely from going forward with the much-anticipated download and analysis of flight recorders recovered from the wreckage of downed Flight 752 that killed dozens of Canadians.

Hassan Rezaeifar, the head of the Iranian investigation team, said he invited representatives from eight countries to travel to a laboratory in Europe to start the process, but countries requested it be postponed because of the pandemic.

“At this moment, planning [a] trip is impossible for some states due to COVID-19,” said Rezaeifar in an email to CBC News.

A Canadian official confirms Iran got in touch on Monday and countries all had a consistent response: Travelling was impossible at this time, and likely some time to come.

Kathy Fox, chair of the Transportation Safety Board, said countries want their own representatives to attend the download in person.

“As such, the download and analysis of the recorders should be delayed until conditions improve enough to allow for safe travel,” she said in a statement. “At this point, it is not possible to predict when that might happen.” 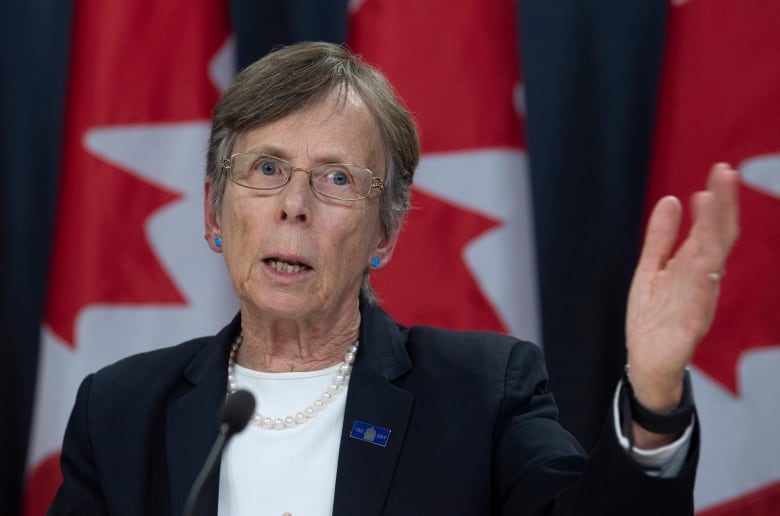 Transportation Safety chair Kathy Fox said Iran contacted Canada on April 6 to find out when it would be possible to travel abroad for the download and analysis of the plane’s flight data recorder. The work has been delayed indefinitely because of the coronavirus pandemic. (Adrian Wyld/The Canadian Press)

It’s a change of course after months of pressure from the international community.

The recorders have been at the centre of an international tug of war since Iran admitted it “mistakenly” shot down the Ukraine International Airlines plane on Jan. 8 after it took off in Tehran. The disaster killed all 176 people on board, including 57 Canadians and 29 permanent residents.

The United States, Ukraine, Sweden, Afghanistan, the United Kingdom, France and Germany and Canada are all accredited representatives and experts in Iran’s investigation. Canadian officials say the “black boxes” are critical and could contain communication between flight crew and air traffic controllers.

Canada has been leading the charge and urging Iran to follow international rules and download the plane’s recorders without delay or send them to a country that can.

Iran doesn’t have the technical expertise to do it alone and last month told the International Civil Aviation Organization it intended to have the recorders analyzed in either Ukraine or France.

‘The waiting is killing us’

Hamed Esmaeilion’s wife and nine-year-old daughter died on Flight 752. He says victims’ families understand no one should risk their safety and travel right now, but he can’t help but feel some disappointment.

“This waiting is killing us,” said Esmaeilion, who is the interim spokesperson for the association representing Canadian victims’ families who died on the flight.

He says he doesn’t trust Iran and worries the pandemic is being used as a strategy to “buy time.”

“Day by day I’m thinking about this,” he said. “I have nightmares. I have a difficult time during the day, especially with coronavirus. I have to stay home and there’s nothing to do but think. I can’t let this go.” 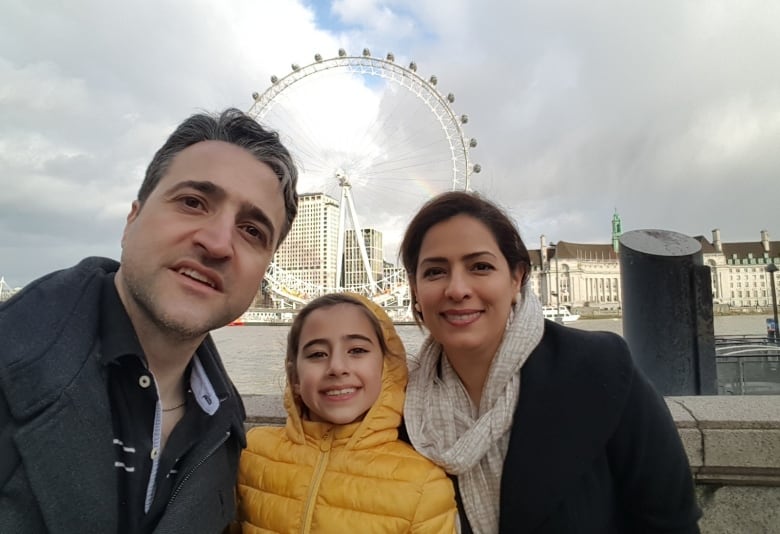 Hamed Esmaeilion lost his wife Parisa Eghbalian and their nine-year-old daughter Reera in the downing of Flight 752. He said the wait for answers about what happened is killing families of the victims. (Supplied)

His focus now is on justice.

The office of Canada’s foreign affairs minister, François-Philippe Champagne, says Canada is continuing to push for “transparency, accountability, justice and closure for the families of the victims.”

“Canada will continue to work with the other members of the international co-ordination group to ensure Iran lives up to its international obligations as we pursue justice for the victims of this horrific tragedy,” said Champagne’s spokesperson, Adam Austen, in a statement.

The victims’ families are scheduled to speak next week with Ralph Goodale, Canada’s new advisor to Canada’s response to Flight 752, about their concerns.

Esmaeilion wants Iran to hand over the black boxes to another country for safekeeping until the COVID-19 crisis calms down.

The head of Iran’s investigation said his work is based on factual information. He plans on issuing a final report before the one-year anniversary of Flight 752.