Cat rescued after day on top of electricity pole near Peterborough 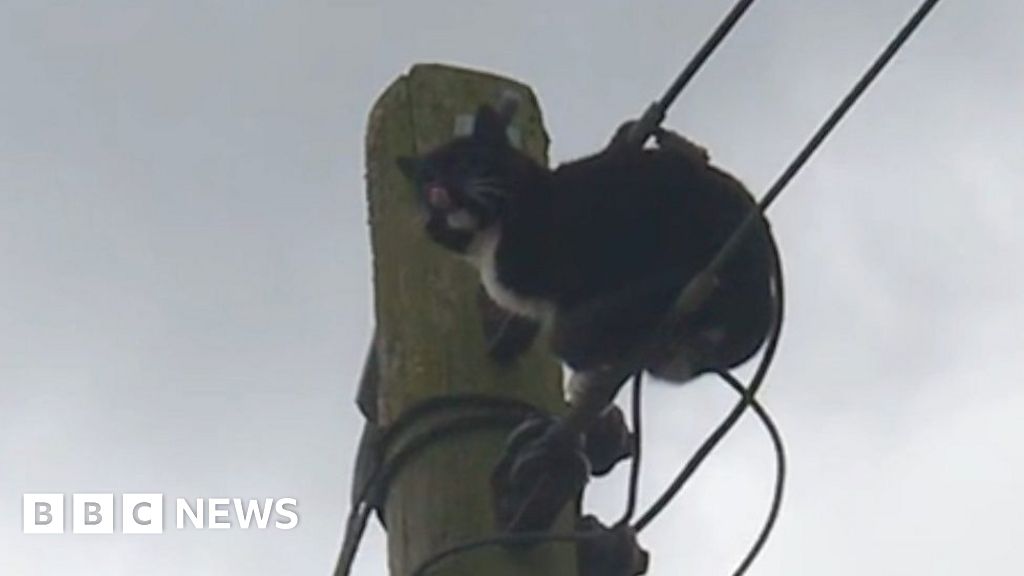 A cat spent 24 hours stuck at the top of a 9m (30ft) electricity pole between two live cables before being rescued.

The RSPCA was called to Farcet, near Peterborough, on 1 April by local residents, who saw him run up the pole to escape a dog the day before, but had hoped he would come back down himself.

The charity said the cat is believed to be semi-feral, lives in outbuildings and is well-known to people in the village.

Insp Steve Reeves said: “Once he was safely down from the post, I checked the cat over for any bumps or scrapes, but as he seemed to be in good health, we released him back to his little kingdom.”