Home Uncategorized Catch me if you can! WATCH coronavirus suspect FLEE medics in Russia
Uncategorized

Catch me if you can! WATCH coronavirus suspect FLEE medics in Russia 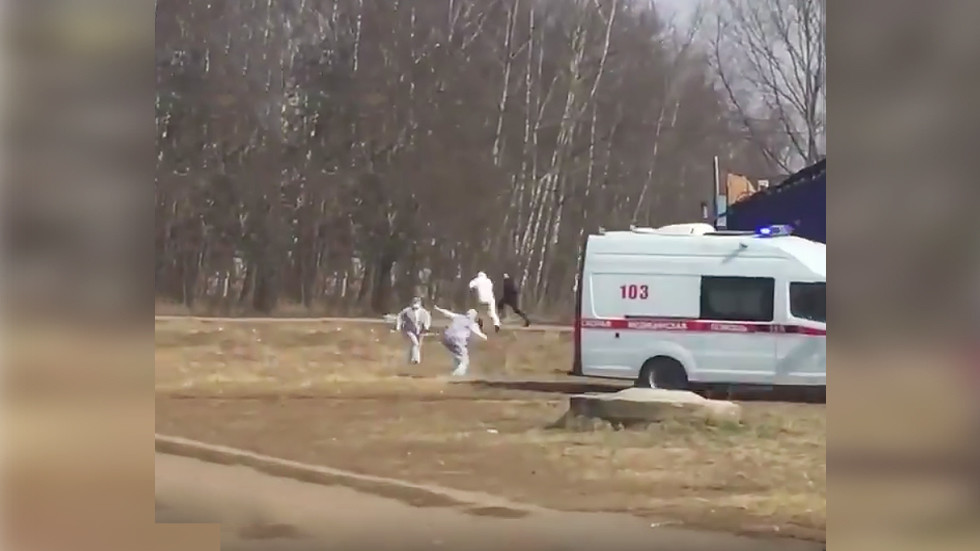 A suspected coronavirus patient sparked a frantic chase by medics – in full protective gear – in the Russian city of Arzamas, as the supposed patient sprinted away from a moving ambulance, action-movie style.

The bizarre scene, seemingly lifted from a zombie flick, unfolded on Wednesday, with footage of the pursuit going viral across the Russian-speaking part of the internet. The short clip shows a man being chased by medics wearing white biohazard suits.

The incident prompted wild speculation, with most netizens suggesting the medics were chasing a coronavirus-stricken man who objected to hospitalization. Apparently impressed with how easily the runner left his pursuers behind, others said he was a local athlete who was simply reluctant to self-isolate.

The mayor of Arzamas set the record straight, however, explaining that the runaway was actually a mentally challenged individual who was suspected of having Covid-19 and was to be tested as a precautionary measure before being transferred to institutional care. He was to be taken to a nearby hospital for tests, but it seems he had other plans.

The brief chase ended with the man being caught and taken to a medical facility. The results of his test are expected on Sunday.

Russia has confirmed more than 8,600 cases of Covid-19, as well as over 60 deaths. While the figures are dwarfed by the numbers in the worst-affected nations, the spread has accelerated over the past few days, with around 1,000 new cases confirmed daily.

Facebook
Twitter
Pinterest
WhatsApp
Previous articleAichi Prefecture to declare its own state of emergency
Next articleCatch me if you can!: WATCH coronavirus suspect FLEE medics in Russia