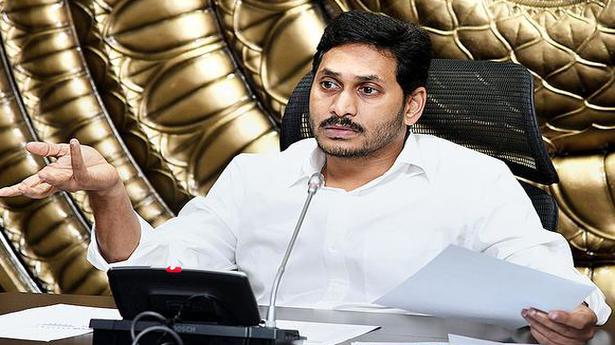 Chief Minister Y.S. Jagan Mohan Reddy has instructed the officials to conduct random tests for COVID-19 in view of the upsurge of the positive cases in the State.

Addressing a high-level review meeting on COVID-19 on Monday, the Chief Minister said the government had resolved to go for random tests to check the spread of the virus.

He asked the officials to follow the revised protocols laid down by the Indian Council of Medical Research (ICMR) to control the pandemic.

Special Chief Secretary (Health, Medical and Family Welfare) K.S. Jawahar Reddy informed Mr. Jagan Mohan Reddy that of the 266 people who had been tested positive in the State, 243 had either attended the religious congregation held by Tablighi Jamaat in Delhi or come in contact with the Nizamuddin returnees.

“The testing capacity is being increased in the laboratories set up in Visakhapatnam, Guntur and Kadapa,” said Mr. Jawahar Reddy.

Besides, telemedicine facility is being extended to those who are in home isolation.

“Plans are also afoot to collect samples from the persons with high immunity levels and to do research for evolving an effective containment strategy,” he said.

The Chief Minister also instructed the officials to ensure that people in quarantine and isolation camps should be provided with food and other facilities as per the standard operating procedures (SOP).

He also wanted that the special hospitals where the COVID-19 were undergoing treatment should have adequate strength of doctors and other staff so that the patients, particularly those in the need of intensive care, could avail of the best healthcare services. “There should not be any shortage of personal protection equipment (PPE),” said Mr. Jagan Mohan Reddy.

The Chief Minister also instructed the officials to develop a cellphone application that would enable real-time collection of data pertaining to the prices of agricultural commodities so that the interests of farmers could be protected.

The officials said that the market yards in Kurnool and Guntur were being shifted to temporary locations as their existing locations had been declared red zones.