Consumers were slammed in the Great Recession. The CFPB’s former director warns worse could be on the way. 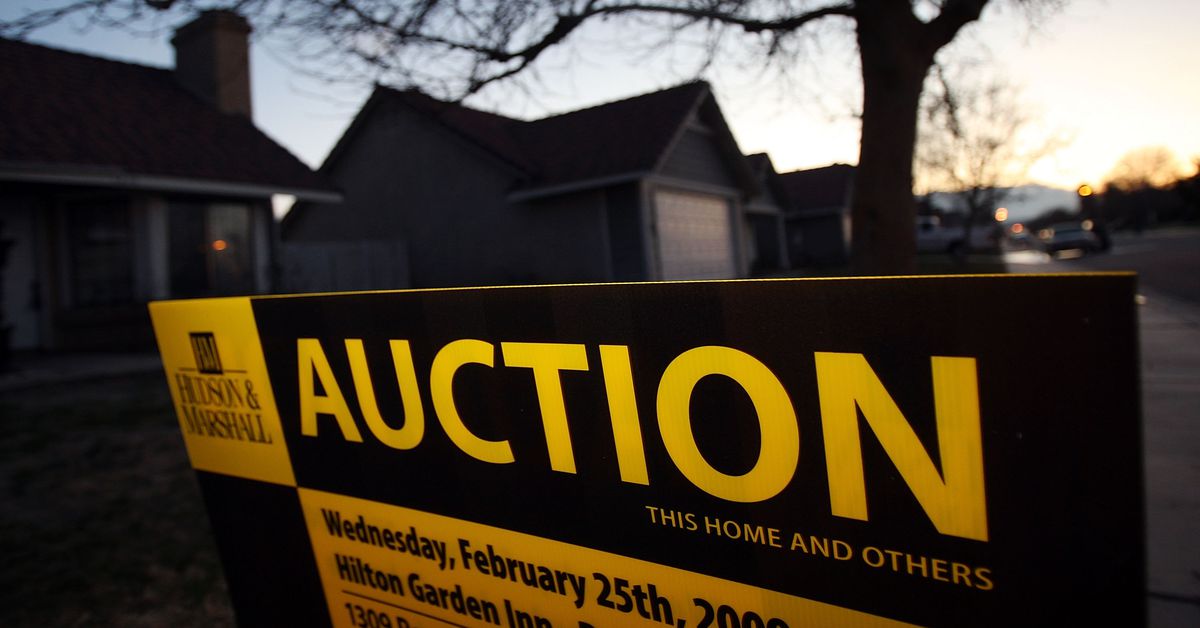 The coronavirus has created a health crisis and an economic crisis. But it has also created a crisis for consumers — one that has the former director of the Consumer Financial Protection Bureau (CFPB), Richard Cordray, sounding the alarm and arguing the agency, created after the last economic crisis to help everyday Americans in their financial lives, is doing too little to help those suffering from the effects of the pandemic.

Cordray, who headed the CFPB under President Barack Obama and resigned in November 2017, told Vox he is particularly concerned that Americans will lose their homes and fall victim to the finance industry’s most predatory practices, just as they did during the 2008 economic crisis.

He doesn’t want that to happen again — and is pressing the CFPB’s current leadership to take action before it’s too late. Monday, he released a Medium post outlining immediate actions the bureau can take to address the coronavirus crisis and make sure the American people are protected from the myriad ways they are financially vulnerable right now.

“It’s not that the CFPB was a bureaucracy that was put in place to be a regulator after the last crisis. It is an agency that’s supposed to be responding to consumer needs and consumer harm, and we know that’s going to be acute distress for consumers here immediately as they’re losing jobs, hence they’re losing health care along with their jobs, not able to make mortgage and rent payments, not able to pay back their debts,” Cordray told me in an interview over the weekend. “There is going to be a lot of misery, and it’s going to happen immediately to people.”

To Cordray’s point, about 10 million have filed new jobless claims over the course of two weeks — a number some economists expect could quadruple in the weeks to come. By comparison, during the Great Recession, 8.7 million jobs were lost total. While some of those who lost their jobs will receive unemployment benefits, those benefits aren’t guaranteed to cover their costs of living, and as the pandemic continues, millions more people will likely be struggling to pay their bills.

Cordray and two other former CFPB officials, Diane Thompson and Christopher Peterson, have crafted a report spelling out the risks consumers face. The paper highlights mortgages and foreclosures, debt collection, and credit reporting as three major areas of concern.

The message is specifically directed to current CFPB Director Kathy Kraninger, who Cordray believes is “fundamentally misreading” the situation consumers face at the moment.

“She is viewing it like the administration is viewing it: as a business crisis, and that we need to go easy on business and give them a lot of leeway. But when the businesses are businesses that serve consumers, giving them leeway means they’re not performing for consumers and consumers are the ones who will bear the brunt and suffer the harm,” Cordray said. “That’s the mistake she’s making: she’s a consumer agency, not a financial institution agency.”

Coronavirus is, first and foremost, a health crisis — a novel virus is sweeping across the world, and in the United States, cities and states across the country are responding. That response has, in part, triggered an economic crisis: Government officials have shut down broad swaths of the economy in an effort to fight the disease. Businesses are shuttered, production is slowed, and millions of people are out of work. And so comes the next part of this: how the catastrophe in the economy translates to a catastrophe for everyday people.

There are three areas in particular he’s concerned about, and what he believes can be done to fix the issue he sees:

Mortgages: Roughly 10 million Americans lost their homes during the Great Recession, and we’re at risk of a repeat if people aren’t able to negotiate with lenders so that they can put a pause on payments until they’re back on their feet. The Coronavirus Aid, Relief, and Economic Security, or CARES, Act, a $2.2 trillion stimulus package the president signed into law in late March, provides some relief specifically for federally backed mortgages. It includes a foreclosure moratorium and a right to forbearance, meaning a pause on payments, for such mortgages.

But, those with private mortgages are left out, and even for federally backed mortgages, people have to deal with their mortgage loan servicers to get relief, it’s not automatic. About 70 percent of home mortgages are backed by a federal agency.

It’s the CFPB’s job to keep an eye on mortgage lenders and servicers to make sure they’re following through on the law, and to find other ways to help homeowners and lenders, and the worry is the agency’s not doing it. The bureau has a guide on mortgage relief, but that puts a lot of onus on consumers to navigate their situations, and unlike the government, individuals don’t have many means by which they can hold lenders accountable. It says it is providing guidance for companies to implement forbearance and work with borrowers affected by coronavirus.

Debt collection: Debt collectors are already … aggressive. And with more debts about to go unpaid, they’re about to get more harassing and insistent, especially if they’re working on commission. The Fair Debt Collection Practices Act makes it illegal for debt collectors to engage in unfair, abusive, or deceptive practices when they’re going after debts, and according to Cordray, the bureau should remind debt collectors of that, and it has the ability to enforce civil penalties and make criminal referrals. It can also lay out parameters for the industry to observe amid coronavirus, including barring new debt collection lawsuits or garnishing wages.

The CFPB can take the lead in pushing companies to give some leeway on debts, whether that means waiving penalties for bounced checks or helping lenders explain to people how to make use of programs and initiatives to help them manage their debts. The bureau also has a big role to play in making sure companies and lenders aren’t taking advantage of people and deceiving or misleading them.

And inevitably, the coronavirus crisis means new crops of scammers for consumers and the government to watch out for. The bureau has put out a warning to consumers telling them to beware of potential scams.

Credit reporting: Many people are going to wind up unable to pay off their debts amid the current crisis, which could ultimately harm their credit scores and cut them off from credit in the time they need it most. But credit scores are supposed to be an indication of your creditworthiness in normal times — not during a global health crisis.

That’s why it’s important to make sure that information given to consumer reporting companies specifies that a “natural or declared disaster” caused the issue, meaning people’s credit reports won’t be dinged. There’s already a framework for this to happen, and it’s the bureau’s job to ensure compliance. If you were unable to pay your rent because the restaurant you work at was shut down by the government in the midst of a pandemic, that shouldn’t affect whether or not you can take out a loan for the rest of your life.

Cordray isn’t the only figure openly worrying about how consumers are going to be affected by the coronavirus crisis and laying out proposals for them to get help. Americans for Financial Reform, a financial advocacy group, also recently put out a set of recommendations for financial policy responses to coronavirus, including requiring banks to accumulate capital in order to better finance forbearance and lending, and canceling federal student debt.

We are in truly extreme circumstances, and there’s only so much that we, as individuals, can do. Sure, it’s great to order delivery from your local favorite to try to help keep them afloat, but your $10 sesame chicken isn’t going to pay their multi-thousand-dollar rent. The same goes for consumers — it’s hard to keep paying your mortgage, your car payment, and your credit card bill when suddenly you have no money coming in, especially the longer this all goes on.

“What people need is help and protection, more than advice,” Cordray said.

The CFPB hasn’t been entirely unresponsive, but by his assessment and that of other consumer advocates, it’s just not approaching this right. It’s focusing on educating consumers rather than directly helping them, which leaves it up to consumers to advocate for themselves and navigate complicated systems.

Cordray and other experts argue the actions the bureau is taking could ultimately make life more difficult for consumers. It’s relaxing some data reporting requirements for businesses, arguing that doing so will allow the businesses to focus on their customers. While that may be appropriate in some areas, critics of the policy say it could actually let companies off the hook on compliance, which ultimately hurts people. How are we going to know if mortgage servicers and other lenders are complying with the law without any data on what they are doing?

The CFPB is also being criticized for appearing not to be all hands on deck for the coronavirus response. It’s continuing rulemaking on other matters, even as both advocates and some bankers call on it to put that on pause.

In an email to Vox, however, a CFPB spokesperson pushed back against some of Cordray’s concerns, saying said the agency has been working “around the clock to protect consumers” during the coronavirus pandemic. And that it is using all of its tools — regulation, supervision, enforcement, and education — to keep consumers protected. Specifically, the spokesperson said the CFPB taking action by providing guidance to companies to implement forbearance, continuing to identify unlawful behavior, and educating consumers on their rights and avoiding scams. Consumers can also file complaints of potential wrongdoing.

Amid the Trump administration’s botched response to the coronavirus crisis, there have been growing questions about whether lawmakers and leaders of the past, including those within the Obama administration and the former president himself, should be speaking out more. Cordray, who plans to share his report with state officials, said he’s tried to stay out of Kraninger’s way, but he feels he no longer can.

“This is such an urgent moment, and they are so missing the boat that I need to be out and pushing hard right now, even if it destroys potential relationships. It’s just really urgent to put that pressure on right now,” he said. “This is what the CFPB was built for, it was built to protect and support customers.”