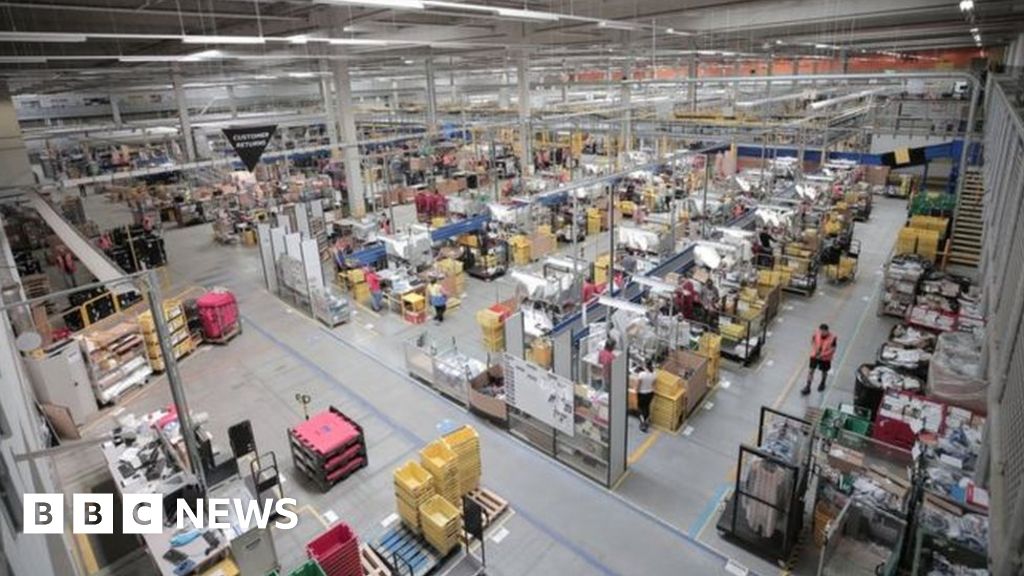 Amazon has fired a New York warehouse worker who organised a protest over the safety precautions taken by the firm to deal with the coronavirus pandemic.

The fight comes as pressure builds on Amazon, and other delivery firms, to improve protection for workers worried about getting infected with the virus.

The firing of the worker prompted a rebuke by the state’s attorney general, who called for an investigation into whether it violated worker rights.

It said the worker, Christian Smalls, had received a warning about social distancing rules and was supposed to stay home after coming in contact with an infected colleague.

“Despite that instruction to stay home with pay, he came onsite … further putting the teams at risk,” a spokesperson said, adding that just 15 of the more than 5,000 people who work at the New York facility participated in the protest.

“It is disgraceful that Amazon would terminate an employee who bravely stood up to protect himself and his colleagues,” she said. “At a time when so many New Yorkers are struggling and are deeply concerned about their safety, this action was also immoral and inhumane.”

Amazon’s practices are under scrutiny, as the number of reported coronavirus cases at its facilities increases, while demand for its services booms due to lockdowns across the world.

A group of workers at the Whole Foods supermarket chain, which is owned by Amazon, planned to walk out on Tuesday. Amazon also faced earlier strikes from workers in France and Italy and has been hit by legal complaints over safety concerns in Spain, according to a global alliance of unions coordinated by UNI Global Union.

US lawmakers have also written to Amazon boss Jeff Bezos to express concerns over shortages of protective and cleaning supplies, as well as its sick leave policies,

Amazon has said it is taking extra precautions, including increased cleaning of its facilities and introducing staggered shift and break times to reduce staff contact.

The company, which is looking to hire 100,000 more warehouse workers in the US to help address the surge in orders, has also said it would boost pay for warehouse staff around the world, including by $2 per hour in the US and by £2 per hour in the UK, where staff have been told to work overtime.

In Italy, the company said it had reduced deliveries since 22 March. However, union leaders say workers need access to better protection.

“Several employees working at the site use face masks for days instead of having new ones each day,” one union representative told Reuters.

Earlier this month, Mr Bezos – who is one of the world’s richest people with an estimated $115.6bn fortune – addressed the worries in an open letter to staff, thanking them for their work.

Amazon is not the only delivery firm facing unrest.

US food delivery firm Instacart was accused of profiting by putting people making its deliveries “directly in harm’s way” by the Instacart Shoppers and Gig Workers Collective, which called for a strike on Monday.

The organisation said the firm should provide protective gear, offer hazard pay and extend the pay for those unable to work because of the virus, whether due to a required quarantine or pre-existing condition.

Instacart on Monday said it had seen “absolutely no impact” on operations, with more people picking and delivering groceries for its platform than ever before. It said it respected the right of shoppers to provide feedback and pointed to earlier changes it had announced aimed at improving working conditions.

What do I need to know about the coronavirus?

Facebook
Twitter
Pinterest
WhatsApp
Previous articleA financial review of the pandemic control
Next articleRory McIlroy: 'I had to take a long, hard look at myself after Portrush'