Coronavirus: Canada lost a record one million jobs in March 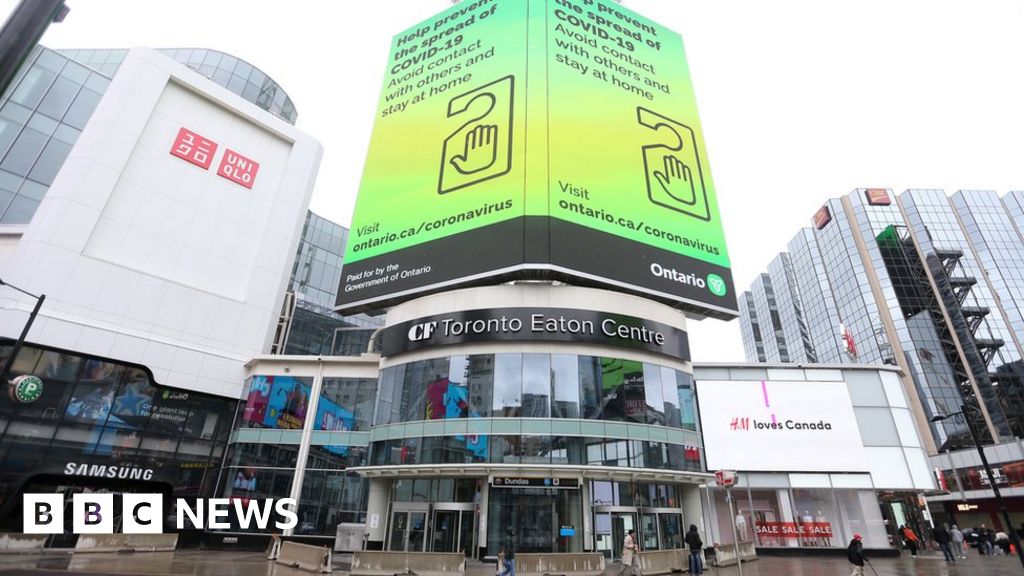 More than one million Canadians lost their jobs in March, as the country locked down to combat the coronavirus.

The data, released by the federal statistics agency on Thursday, also pushes the unemployment rate to 7.8%.

March saw the largest loss of jobs in a single month since the records began in 1976.

There have been 19,290 confirmed cases in Canada and 436 deaths, according to figures from John Hopkins University.

One day before the figures were released by Statistics Canada, Prime Minister Justin Trudeau warned citizens to prepare for “a hard day for the country”.

In his a briefing on Thursday after the new numbers were released, Mr Trudeau said: “As stark at those numbers are they aren’t a surprise.”

“We all knew this was going to be a tough time,” he said, adding that other countries are facing similar problems as a result of the global pandemic.

Mr Trudeau added that portions of the economy can expect to re-open over the summer, after the first wave of infections have passed. But he warned the smaller outbreaks can be expected to continue throughout the summer.

What do the figures show?

The report begins by saying that “measuring the labour market is not business as usual” for the end of March.

Statistics Canada said 1,011,000 jobs were lost across the country, driving the unemployment rate up 2.2% to 7.8% from last month.

The February unemployment rate stood at 5.6%.

The BBC’s Jessica Murphy in Toronto

The reality that it won’t be business as usual for a long time is beginning to settle in for Canadians – and the latest grim jobs numbers only underscore there are challenging times ahead.

The figures come as the federal government – after days of media requests – released national projections for the coronavirus contagion in the country. Canada hasn’t been as hard hit as its southern neighbour – just across the border, New York state is the American epicentre of the virus.

“Models are not crystal balls and we cannot predict the future with them,” cautioned Canada’s chief public health officer, Theresa Tam on Thursday.

A number of seniors’ residences have become hot spots, as waves of the virus hit long-term care homes where it has proved challenging to contain.

An additional 800,000 worked half of the hours they normally would.

All together, approximately 3.1m people were affected either by job loss or reduced hours.

The country is now at its lowest employment rate since April 1997.

The jobs rate dropped in every province, with Ontario, Alberta, British Columbia, and Quebec hardest-hit.

What has been the reaction?

The Canadian Chamber of Commerce released a statement calling the data “expected” and “historically bad”.

“Countless more jobs will be lost if we can’t urgently get employers the wage supports they need,” the groups said, warning that businesses were still weeks away from receiving any financial assistance.

Canadian Imperial Bank of Commerce (CIBC) senior economist senior economist Royce Mendes noted on Thursday that accommodation and food services industries were hit hardest by the social distancing and enforced shutdowns that were instituted across Canada in mid-March.

Retail trade and education also saw declines, CIBC noted, adding that April’s numbers are likely to be even worse.

Under a government bail-out plan, businesses that have lost more than 30% of their revenue are eligible for a wage subsidy worth up to 75% of payroll.