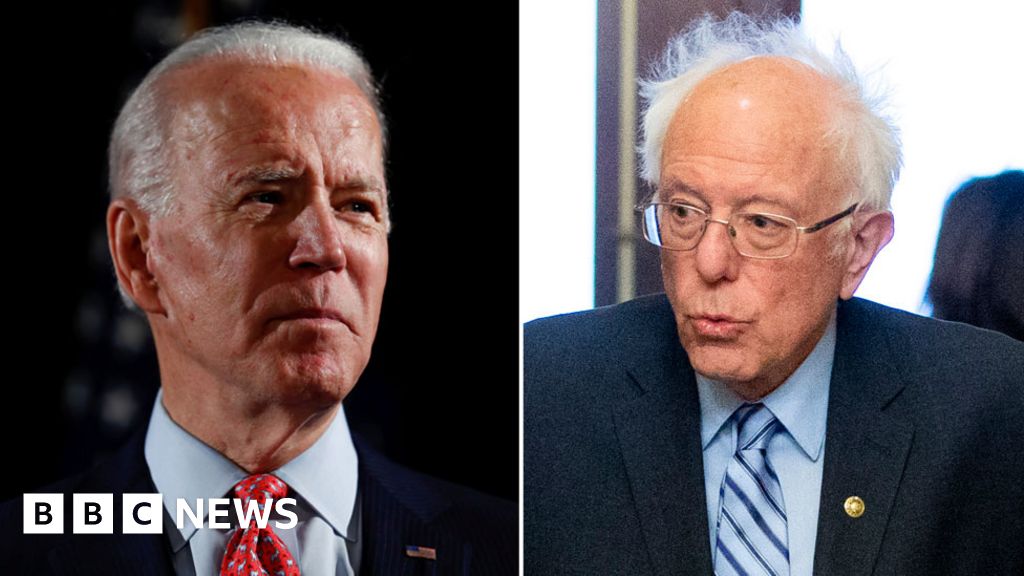 Democrats have been forced to delay naming their nominee to face Donald Trump in the November presidential election amid the Covid-19 pandemic.

Citing an “unprecedented health crisis”, officials said the Democratic National Convention (DNC), where the party nominee is officially elected, will be moved back a month to August.

He holds a strong lead over his only remaining rival, Bernie Sanders.

Mr Biden and other Democratic officials had, in recent weeks, called for delaying the programme, originally scheduled to begin 13 July.

Convention planners said they will follow health officials’ guidance. More than 5,600 Americans have died of Covid-19, and over 236,000 infections have been reported.

The DNC will now take place the week of 17 August in Milwaukee, Wisconsin – a Midwestern state that has never hosted a national convention before and is expected to be a key battleground in the general election.

Tom Perez, DNC chairman, said “the health and safety of our convention attendees and the people of Milwaukee is our top priority”.

“We will continue to be in contact with local, state, and federal health officials as we monitor this fluid situation. The Democratic Party is ready to defeat Donald Trump, the American people are ready to elect a Democratic president, and I have absolute confidence that our team is ready to deliver a successful convention for our nominee.”

Several states have also delayed holding primary contests- the races that determine how nomination votes are cast at the DNC.

The Republican party’s national convention was originally scheduled for 24 August, and no changes to that date have been suggested. President Donald Trump is not technically the Republican nominee until he is named at the Republican convention.

The coronavirus pandemic has forced numerous states to delay their Democratic presidential primaries. Now the Democratic National Convention itself is getting rescheduled.

Such a move was inevitable, as the virus continues to spread across the US and a peak could be weeks or even months away. There was no way to guarantee that a gathering of tens of thousands of party loyalists in mid-July would not only be safe but logistically possible.

Even the new Democratic date, in mid-August, is no sure thing. And the Republican convention, which will take place a week later, seems hardly set in stone now, despite Donald Trump’s assurances.

This announcement marks yet another prominent example of how disruptive the pandemic has been to this US political season. It suggests that the autumn campaign will be compressed, as both parties gear up for the general election – and jockey for the public’s attention – at roughly the same time.

Presumptive Democratic nominee Joe Biden would have had a tall task wresting the spotlight from incumbent Trump even in a normal campaign environment. His challenge is even greater now.

The coronavirus outbreak has turned American life, the economy and politics on its head.

And this is just the beginning.

Earlier this week, Mr Biden had said he was doubtful the convention could go on as scheduled in July, but that the party would make things work.

“We were able to do it in the middle of a Civil War all the way through to World War Two, have Democratic and Republican conventions and primaries and elections and still have public safety,” Mr Biden told MSNBC.

The US presidential election will be held on 3 November.