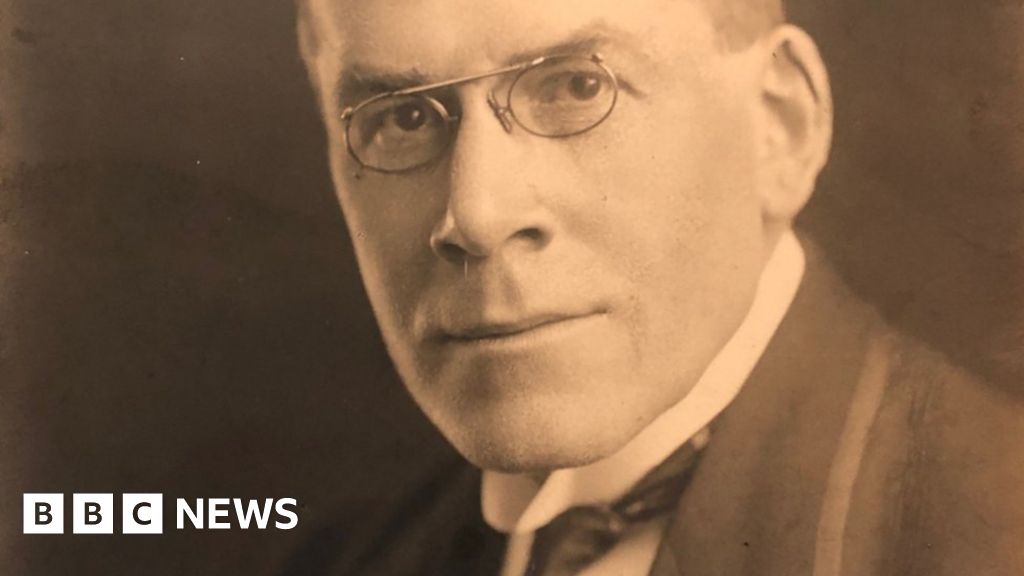 “The room chosen for home nursing should be light, well ventilated and as remote as possible from the household living quarters.”

These words were published 80 years ago and written by my grandfather, Dr John Davy Rolleston, in his book Acute Infectious Diseases – A Handbook for Practitioners and Students. In these dark days of Covid-19 some practices have remained timeless – the use of soap, scrubbing and fresh air – while others sound, well, from a bygone era.

“The open type of fireplace is not only cheerful,” reads the chapter on Isolation Methods, “but affords a simple and expeditious means of the disposal of soiled swabs and other small fomites.” Fomites? What on Earth are fomites? According to Google, they are objects likely to carry infection, like clothes, kitchen utensils and furniture. “Carpets, hangings and upholstered articles are removed. Plain washable furniture is most suitable for the sick room.” Advice that probably still holds good today.

The good doctor is long gone but in the run-up to World War Two he was one of Britain’s go-to authorities on infectious diseases like smallpox, typhus and scarlet fever. In the 1930s Dr Rolleston was Medical Superintendent at London’s Western Hospital and this week my daughter found a battered third edition of his 1940 book, co-authored with Dr Ronaldson, hidden in my late mother’s collection of old books.

“Family circumstances may permit of the home treatment of scarlet fever or measles,” they wrote, “but in a highly contagious condition such as small-pox, hospital isolation is necessary for the public safety.” As an epidemiologist, my grandfather made a special study of lethal infectious diseases like smallpox, which had periodically ravaged London, and he authored a work on the smallpox pandemic of 1870-74 that killed over 20,000 soldiers in the Franco-Prussian War.

For those isolating at home, his 1940s advice included details that sound pretty strange to us eight decades later. “Room temperature,” it reads, “should be maintained between 55 and 60F.” What? That’s between 12 and 15C. I know we’re always being told that people were made of sterner stuff in those days but keeping someone in a room that cold can hardly have done much for their morale.

“On the landing outside (the quarantined person’s room),” it continues, “will be placed the customary bath filled with disinfectant solution; the traditional ‘carbolised’ sheet may be hung outside the door.” Carbolised? I’ve had to look that one up as well. Apparently it’s an obsolete term referring to the use of carbolic acid as a disinfectant to kill germs. “The bath… is intended for the soaking of linen which has been removed from the sick room.”

Commenting on the advice today, Dr Frank Cross, until recently a consultant surgeon at the Royal London Hospital, points out that it was written when there was no treatment for infectious killer diseases like TB, syphilis and smallpox. “Fomites include bedclothes,” he says. “Keeping them clean was particularly important in diseases which involve infectious pustules like smallpox.”

Surprisingly, the 1940s handbook says that total sterilisation or “terminal disinfection” of a quarantined housemate’s room is “no longer in favour” but for streptococcal infections (such as scarlet fever or the most common form of pneumonia) “the liberal use of soap, water and exposure to sunlight will be effective.”

But what about the risk of infection in hospitals? Writing in 1940, the guidance was that one third of all hospital accommodation should consist of isolation beds. “The real danger to the patient in an open ward of a fever hospital… is from his fellow patients in the ward itself.”

Even back then, it seems, there was an awareness of the dangers of symptomless carriers infecting others, in the same way as Covid-19 is doing today in the general population. The book warns of the dangers of coexistence of more than one infection and the risk posed by “the patient who is admitted in the incubation stage of a second disease”. But isolating every patient, says the book, is not yet a practical proposition.

“There never was a treatment for smallpox and it had a mortality rate of 30%,” says Dr Frank Cross. “And there is no treatment for Covid-19, though a number of controlled trials are being carried out using various combinations of existing antivirals. So advice about washing fomites and washing hands has never been more appropriate.”

Today the dark blue cover of my grandfather’s wartime handbook of infectious diseases is bleached by time and probably in need of rebinding. Now, as political leaders remind us that we are in another war, a very different one, I wonder what he would have made of social distancing, lockdowns and police enforcement to limit the spread of the novel Coronavirus. I suspect he would have probably wholeheartedly approved.

In the last few days the coronavirus storm has broken over Bradford Royal Infirmary putting all staff under great strain, as Dr John Wright reports.

Facebook
Twitter
Pinterest
WhatsApp
Previous articlePolice launch app to keep watch on the quarantined
Next articlePeriods Don’t Stop for Pandemics, So She Brings Pads to Women in Need