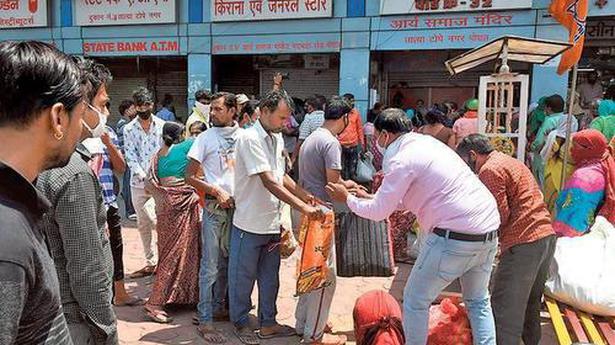 An IAS officer on special duty with the Madhya Pradesh unit of the Integrated Disease Surveillance Programme (IDSP) tested positive for COVID-19 in Bhopal on April 11. He is the third bureaucrat, all from the Health Department, to have contracted the disease in the State.

The 47-year-old officer, posted at the RCVP Noronha Academy of Administration, the State Civil Services Academy, was deputed to the IDSP on March 25 as a surge of COVID-19 cases racked the State, said an official of the Health Department, requesting anonymity.

The Principal Secretary of the State Public Health and Family Welfare Department, the senior most bureaucrat in the department, was confirmed diseased on April 3. A day earlier the Managing Director of the Madhya Pradesh Public Health Services Corporation Limited, also the State Ayushman Bharat Yojana CEO, became the first official from the Health Department to test positive for the illness.

More than 70, or more than half the 131 cases in Bhopal, the State capital, are from the Health Department. The infected include Deputy Directors, Additional Directors, doctors and class-4 employees. The Additional Director tasked with implementing strategies to combat the outbreak State-wide has also been infected.

Since most of the infected officials were posted on field-based duties, the government is scrambling to locate the source. None of the officials has had a travel or a contact history.

As of April 12, around 7% of all COVID-19 patients in Madhya Pradesh have succumbed to the disease, which is one of the worst case fatality rates in the country. At 10%, Indore has the worst rate among cities of the country.