Home Uncategorized Coronavirus | Man kills self in Himachal Pradesh after being blamed for...
Uncategorized 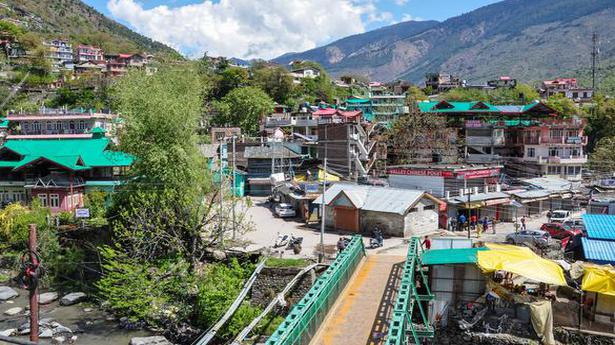 A 34-year-old man, who tested negative for COVID-19, allegedly ended his life in a village of Himachal Pradesh’s Una district on Sunday after a few villagers had allegedly blamed him for spreading the disease.

He had reportedly met two attendees of the Tablighi Jamaat congregation held recently in Delhi.

The police said an investigation team has reached Bangarh village in Una and was probing the matter.

“Our team reached as soon we received information that Dilshad Muhamud had cut his wrist veins. An allegation was levelled that the deceased was taunted by some people over the spread of the virus and we are inquiring weather it’s true or not. If the allegation is found to be true we will take legal action against those who taunted him,” Una’s SP Karthikeyan Gokulachandran told The Hindu.

The deceased belonged to the Gujjar community and was involved in selling milk and other dairy products.

“Three days [April 2] ago the deceased was taken to the regional hospital in Una for virus testing. His report came negative, and after that he was dropped back to his village,” said Mr. Karthikeyan. The test was conducted after reports suggested that he had come in contact with two persons who had attended the Tablighi Jamaat congregation.

Family members of the deceased alleged that since his return from the hospital, he was being taunted by the villagers.