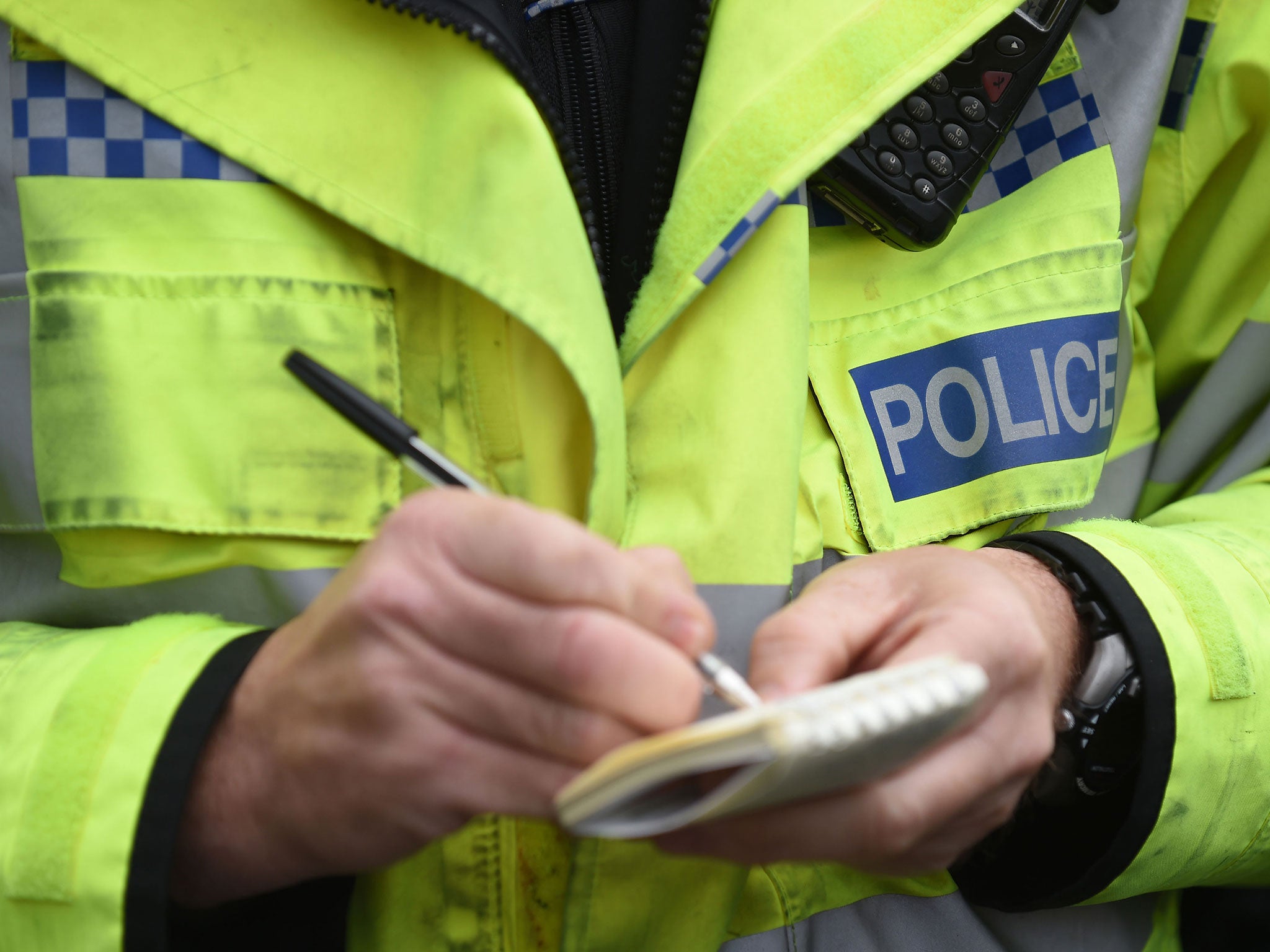 A police officer is under internal investigation after threatening to pepper-spray a man who said he was delivering food to vulnerable relatives.

Footage showed the man being arrested, handcuffed and forced into an unmarked police car in the Fallowfield area of Manchester.

The video, taken from a neighbouring property, showed him being challenged by a plain clothed police officer over why he was at the house and saying he could be fined.

“Give me a ticket for what? You’re a bored guy, there’s groups of people all over the place,” the man could be heard telling the officer. “’I’m not giving you any details.”

The officer then threatened to “lock [him] up” if he refused and arrest him for “breaking Covid guidelines”.

The man, who was black, was ordered to put his hands on his head as the officer repeatedly told him: “Turn around or you’re gonna get sprayed.”

Neighbours came out of their homes during the exchange, with one asking the officer “what’s up with you” and a woman calling the response “excessive”.

The man said he was in pain after being handcuffed and pushed over a car, telling the officer: “You just keep saying things over and over again you’re not helping, you’re not diluting the situation – you’re making it worse.”

After a woman’s voice could be heard asking whether there were “more pressing situations to be dealing with than coming over and bothering somebody going about his business, on his own”, the officer pointed off camera and said: “You’ll be next.”

A second officer arrived at the scene before another woman attempted to intervene.

As the man was forced into the car, he said: “I’m dropping food off to vulnerable members of my family who can’t do nothing, and I’m taking a tree home with me.”

The man was arrested under the Police and Criminal Evidence Act, which does not specifically relate to the coronavirus outbreak, but later “de-arrested” and issued with a fine.

Greater Manchester Police said the incident was being dealt with by its professional standards branch.

“Our initial review shows that the incident wasn’t dealt with in the professional way we would expect and we apologise for that,” a spokesperson said.

“The public rightly expect the highest standards from our officers and we will investigate this matter thoroughly and properly.

“A senior member of the force is speaking to the man and his family today.

“We would ask that the public understand the stresses that our officers are working under at present, and we hope this apology will be welcome to those involved.”

It came after police were forced to apologise for several incidents, including one where a family were told they could not spend time in their garden.

At least three police forces have so far backtracked on suggestions that they could sanction people for shopping for “non-essential” items.

Last week, a woman was fined £660 for a crime she did not commit after British Transport Police wrongly charged her using the Coronavirus Act 2020.

It is one of two packages of laws, alongside the Health Protection Regulations, which allow police to arrest and fine people for violating the lockdown or infection measures.

There has been widespread confusion over the extent of the laws, which are less severe than government guidance in some respects.

Police in Surrey and Sussex are using a drone to tell people to go home for violating “government guidelines”.

Parliament’s Joint Committee on Human Rights warned that police may be punishing members of the public “without any legal basis”, while questioning, fining and arresting people who have not broken the law.

Chair Harriet Harman said the unprecedented lockdown can only comply with international law if it is “enforced in a clear, reasonable and balanced manner, enforcement is  authorised, and does not go beyond what is prohibited by law”.

She added: “It remains a concern that some police forces will take a more proactive approach than is necessary and perhaps even lawful.”

Several police forces appear to have enforced the government guidance, rather than the separate Health Protection Regulations, which give police powers to arrest and fine people.

The regulations do not define “essential travel”, specify what kind of groceries people can buy or limit how many times people can be exercise outside in a day – apart from in Wales.

But several police forces have claimed to be enforcing a ban on “non-essential travel”, despite internal guidance calling blanket vehicle checks disproportionate and adding: “We don’t want the public sanctioned for travelling a reasonable  distance  to  exercise.”