Coronavirus: Six ways the lockdown has changed the UK 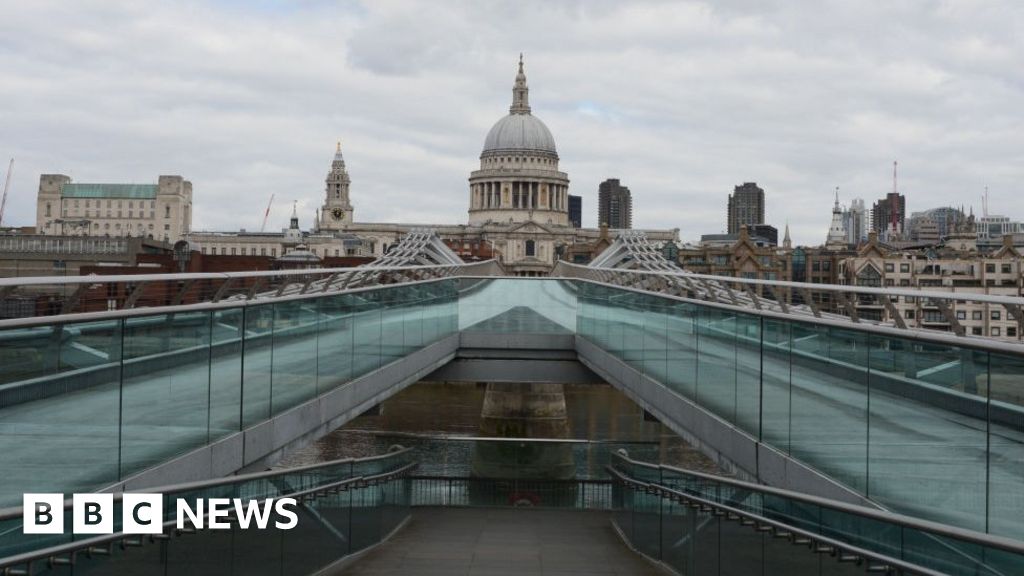 Life in the UK has been utterly transformed in the three weeks since restrictions were brought in to curb the spread of coronavirus.

On Monday 23 March, Prime Minister Boris Johnson said all non-essential travel and public gatherings had to stop, with people urged to leave home only for exercise, to shop for essential items, for medical care, or when their work could not be done at home.

All shops selling non-essential items closed. Pubs, restaurants, theatres, cinemas and places of worship have all also shut. These restrictions have affected all aspects of society.

1) People are largely keeping their distance

The lockdown’s aim has been to limit the spread of coronavirus across the country, to help the NHS to cope and ultimately reduce the number of deaths from the disease.

Since the lockdown started on 23 March, the number of people who have tested positive for coronavirus has gone from 6,650 to more than 80,000.

But the government’s advisers have said there is evidence that the public’s adherence to the measures is starting to have an impact.

Sir Patrick Vallance, the government’s chief scientific adviser, said: “It’s not taking off in that sharp uptake, it’s not gone sky high. And if anything there might even be some flattening. That is because of what we’re all doing with social distancing.”

People are also adapting to how they use the health service.

In March, the number of people attending A&E dropped whilst the numbers of calls made to 111 – the NHS’s hotline – reached record highs.

The public’s use of transport has fallen dramatically over the past few weeks, although this trend started before the lockdown measures were announced by the prime minister, as many people started to work from home.

Overall transport use – across road, rail and the Tube in London – fell by 60% between early February and the beginning of April, the Department for Transport says.

Footfall at major railway stations across the country has also fallen significantly since the lockdown was introduced, data from Network Rail suggests.

For example, in the week before the measures were brought in, footfall at Birmingham New Street station stood at over half a million. But that had fallen by 86% at the start of April to just 71,230. It’s a similar trend for London and Manchester.

Meanwhile, trips to parks and beaches on 5 April, the second Sunday of lockdown, were 29% lower than normal according to Google analytics data. But the previous Sunday they were 52% lower than normal, suggesting trips were creeping back up with the warmer weather.

Air pollution levels in the UK have dropped significantly in the weeks since the country went into lockdown.

The nitrogen dioxide (NO2) level has fallen across the UK, with the daily average down almost 40% on the same period last year.

NO2, released from car exhausts, is a serious air pollutant.

Some cities have seen levels fall by more than 60%, including Brighton and Portsmouth, according to BBC analysis of Defra statistics.

About 723,000 people have applied for universal credit since the lockdown began.

Of these, 473,000 applied in the first eight days, almost as many as applied during the whole of the preceding three weeks, and almost 10 times as many as would apply in an average week.

A further 250,000 people signed up during the second week of lockdown according to the Department for Work and Pensions.

Universal credit is a consolidated monthly payment for those of working-age, which replaced a host of previous benefits including income-based jobseeker’s allowance, housing benefit, child tax credit and working tax credit.

While furlough payments are available to help the self-employed and those who cannot do their jobs during the pandemic, some groups – such as those who have recently became a freelancer, moved jobs or been made redundant before the cut-off date are not eligible. This has helped prompt an increase in universal credit claims.

While there is still considerable pressure on the benefits system, the figures show that the number of claims is now starting to come down, having peaked in the first week of lockdown.

In the week before the restrictions started, supermarket sales were 44% higher than the same time last year, as many rushed to stock up amid fear of shortages.

But average sales fell by 7.5% over the first fortnight of lockdown according to consultancy Neilsen.

“When the country was told not to travel people stopped shopping,” says Mike Watkins, Nielsen’s head of retailer and business insight. “They had already bought a lot of stuff, and their larders and freezers were full.”

While more people tried to shop online, as 93% of purchases are normally made in-store, supermarkets have struggled to cope with the extra demand, he adds.

Supermarket sales of non-food products such as clothes slumped 45%, and impulse buys have dipped.

“The enthusiasm of shoppers to buy nice food will be muted, as people want to limit travel and time spent in stores,” Mr Watkins says.

The National Domestic Abuse helpline has seen a 25% increase in calls since the lockdown, the charity Refuge says.

It is now receiving hundreds of extra calls for help every week.

Isolation can make pre-existing abusive behaviour worse, but isn’t the reason for it, says Refuge, which runs the helpline.

The increase echoes findings from around the world, including a 32% surge in reported domestic violence cases in France, and a 12% increase to Spain’s gender violence hotline since lockdowns began in those countries.

However, overall crime reported to police in England and Wales has dropped by around 20% in recent weeks.

New police powers for fining those who breach the lockdown rules are being used – in the first two weeks, 1,084 fines were issued.