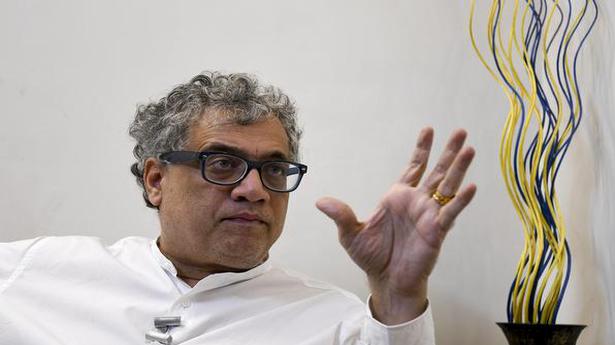 Derek O’Brien, Trinamool Congress leader in the Rajya Sabha, has said that though the party had raised the red flag about COVID-19 in early March, it was not taken seriously. Edited excerpts of an interview done over phone.

The Chief Minister of Bengal will announce this in the next few days. The interpretation of the lockdown is important. It’s not a lockdown where you shut everything down and you throw away the key. Mamata Banerjee is very clear: any closure has to be done in a humane manner. She is leading by example. Going to vegetable markets and drawing circles on the ground to communicate physical distancing. So Bengal will never have a blanket lockdown.

From Day 1, vegetable markets have been open, essentials available and compliant with physical distancing. It is all about striking the right balance.

But there are fears of the disease spreading if you relax the restrictions.

Bengal has set up an Expert Committee with very distinguished names including Nobel Laureate Professor Abhijit Banerjee to formulate a response strategy. What exactly will this committee look at?

Let me tell you what the structure is in Bengal. The Chief Minister, who also happens to hold the Health and Home portfolios, is hands on. She has two groups advising her. One is the Global Advisory Board (GAB), which is led by Nobel Laureate Abhijit Vinayak Banerjee. This team of eight comprises international public health and policy experts with impeccable international credentials. They will have their meeting today. The second group is a team of health experts including doctors from Bengal who understand local conditions. Both these groups report directly to her. Then we have three Task Forces headed by the State’s senior-most bureaucrats, looking after implementation, economy and enforcement.

You have commented on Bengal getting personal protection equipment (PPE) for its doctors and healthcare workers. But we have seen viral videos of doctors in north Bengal and Howrah wearing raincoats as protection. How do you explain that?

This is a national health emergency. It is disappointing to see that the only people not self-quarantining themselves are members of the IT cell of the world’s largest political party and are spreading misinformation even in times of distress. I would appeal to them: take a break. Spread public service messages. You will have enough time to play your dirty tricks.

Also read: The disasters that hit Bengal in the 1940s offer a warning for the present day

We were the first State to announce a 6-month ration for 8 crore people. No one must go hungry. The focus is clear: Address the humanitarian issue, tackle the disease and protect the economy.

On the medical front, our policy is to separate COVID-19 patients from regular patients. How are we doing this? We have set up over 50 hospitals, two to three in each of the 22 districts. Three in Kolkata. Incidentally, at 2.5/1000, Bengal has the highest bed-to-people ratio in the entire country. In the last 10 years, the Mamata Banerjee government has taken the number of super-speciality hospitals from seven to forty-one.

But how is Bengal reaching out and helping the migrants? Districts like Murshidabad send a large number of migrant workers across the country.

Over two lakh migrant labourers and stranded people from 16 States are being housed in 711 camps across West Bengal. They are being directly taken care of by the government along with a few NGOs under its supervision. Two weeks ago, Mamata Banerjee had written to Chief Ministers of 18 States urging coordinated efforts to shelter and take care of migrant labourers.

We must also thank Uddhav Thackeray, M.K. Stalin, Arvind Kejriwal and so many others from different State governments for their continued help in this time of crisis.

You say the Bengal government will give free ration to 8 crore people for six months. Can the State manage this given its huge debt backlog?

The Centre owes Bengal ₹61,000 crore, ₹36,000 crore of which is backlog. The Chief Minister has written to the Prime Minister for ₹25,000 crore. We have received nothing.

To marshal resources, we have suggested to increase the withdrawal limits for States under the FRBM Act — from the current three to five per cent.

While we are continuing to fund our operations from State reserves, the Centre must release funds to all States right now because this challenge has to be met at the State and local levels. The ₹1.7 lakh crore package or 2% of GDP won’t work. We need at least 5% of GDP or roughly ₹8 lakh crore.

How badly has the State been hit in terms of revenue because of the lockdown and how do you plan to make good the losses?

Our first priority now is taking a humane approach to this crisis. We must curb the spread of COVID-19 and ensure the safety of our people. Of course the economy is important too and we have adopted a nuanced calibrated lockdown. Let me explain how.

Beedi workers in Murshidabad are working. Flower markets continue operations. Sweet shops are open for four hours a day as thousands of litres of milk were being wasted due to the lockdown. The Bengal government has also started a new programme, “Procheshta”, where ₹1,000 is given as a cash grant to those in the unorganised sector including daily labourers, wage earners. About six million people, including domestic and migrant workers, will benefit.

One has seen political parties close ranks to work together in this crisis. But we saw Trinamool attacking the Centre over the Prime Minister not involving Opposition leaders earlier.

If State Chief Ministers and parliamentarians had been taken into confidence for the lockdown, we would have been at least one or two weeks ahead. This is not a decision which should have been taken by the Centre. But more of all this later. There will be enough time for politics. No one must politicise this situation. We are extending all cooperation to the Centre.

Today, let’s focus on the job to be done. We are witnessing a new kind of federalism where Chief Ministers of States are setting the agenda. Ask people in Bengal, they will tell you how Mamata Banerjee is working tirelessly and delivering. However, there is no room for complacency. There is still lots to be done.

You mentioned about the Chief Minister Mamata Banerjee explaining social distancing to roadside vendors. How difficult has it been for the administration to make people follow restrictions?

As difficult as it has been anywhere in the country! Obviously, it is a challenge. However there are some enduring images that will stay with us even after the lockdown. Like the video of India’s only woman Chief Minister picking up a brick and drawing circles at the marketplace is the most enduring of them all. Simple and powerful communication. Decisive and compassionate leadership.