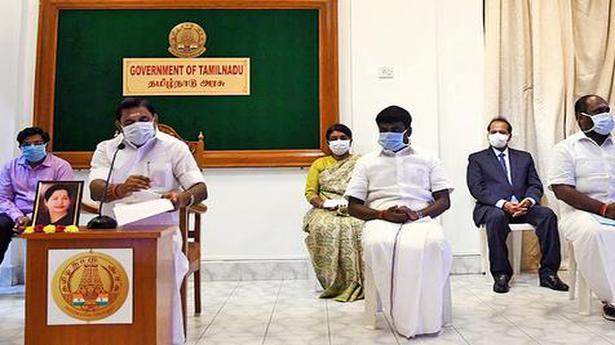 After making a set of recommendations to the government on extending the lockdown, representatives of the expert team said that during the extended 14-day period, many people, including those who were contacts of COVID-19 positive cases, could be tested.

Prabhdeep Kaur of ICMR National Institute of Epidemiology said: “Based on the data after the results of those tests, an informed decision could be taken after two weeks,” she explained.

A senior official told The Hindu: “Some doctors recommended a two-week extension and some favoured a three-week extension and some, even beyond. The government will wait for Prime Minister’s video conferencing with Chief Ministers on Saturday and a final decision will be taken during the State Cabinet meeting [in the evening].”

A doctor, who participated in the meeting, said doctors who were present included some from the 19-member expert committee and also from other committees.

The doctors “were appreciative of the steps being taken by the State government” and emphasised on the need for strengthening the public health system, which would increase the State’s capacity to detect the cases /clusters at the earliest.

The doctors underlined the need for ensuring the safety of doctors, nurses and other health workers, who were in the front line in the fight against COVID-19.