ORIHUELA Town Hall will be lowering their flags in honour of the 17,000+ Spanish people that have died so far of Coronavirus. 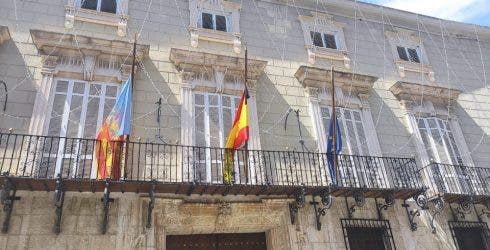 The city’s mayor, Emilio Bascuñana, announced that all political factions in the council, (Popular Party, Spanish Socialist Workers Party, Citizens, Let’s Change Orihuela and Vox) agreed that the flags of the town hall should fly at half mast.

Bascuñana stated, “With this symbolic gesture, we pay tribute to all those who have lost their lives to this disease that we continue to fight against day by day.”