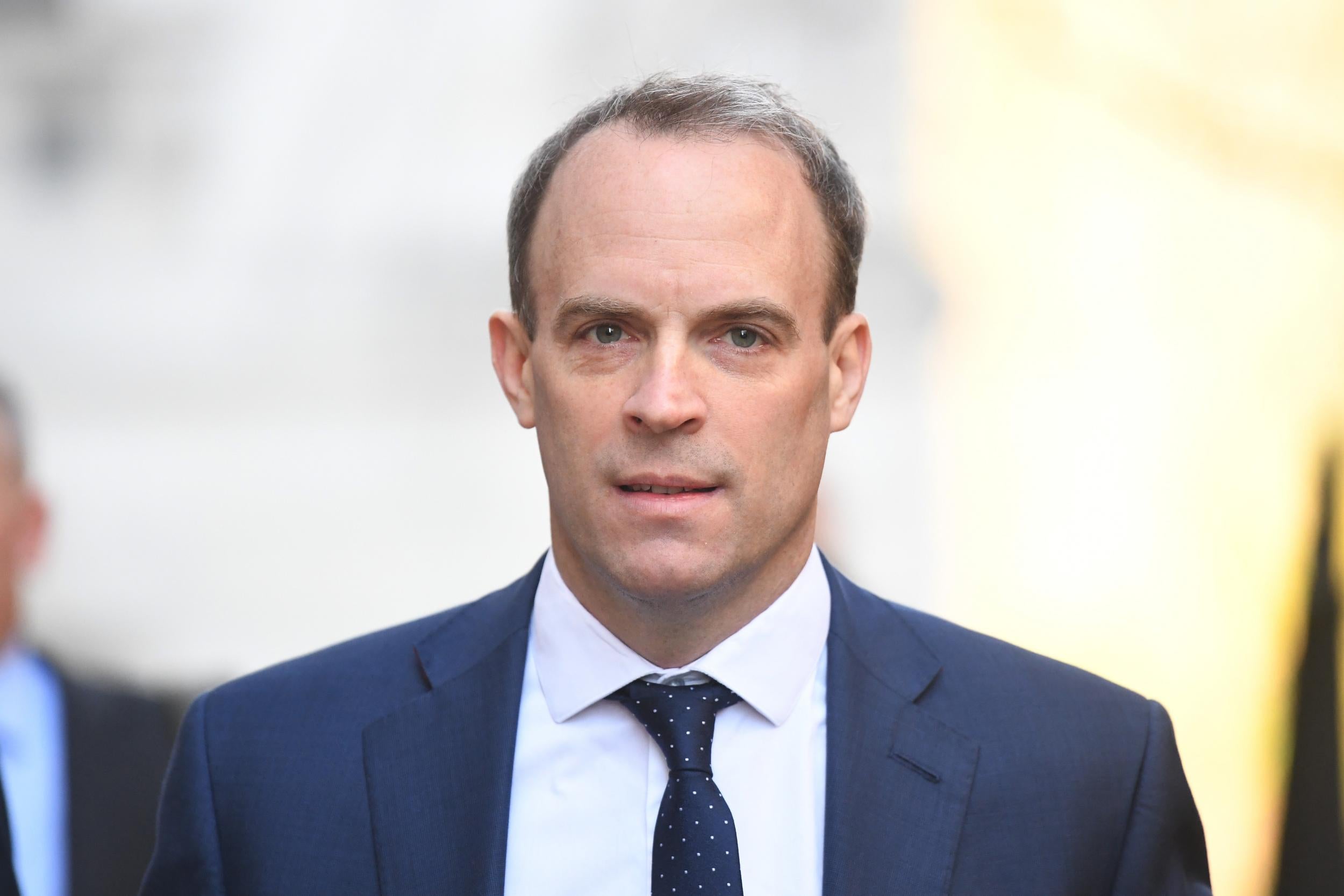 Dominic Raab is to take on prime ministerial duties after Boris Johnson was admitted to intensive care with “persistent” coronavirus symptoms.

The foreign secretary will “deputise where necessary”, Downing Street said, hours after insisting the prime minister was still in charge of the crisis despite his poor health.

While Mr Johnson remains the prime minister, Mr Raab will now lead the government’s day-to-day running of the coronavirus response and other matters, Number 10 sources said.

The prime minister was moved on Monday evening to the intensive care unit at London’s St Thomas’ Hospital, where he was taken for tests on Sunday – 10 days after testing positive for Covid-19.

He is understood to still be conscious and to have been moved as a precaution, in case he requires ventilation.

“Over the course of this afternoon, the condition of the prime minister has worsened and, on the advice of his medical team, he has been moved to the intensive care unit at the hospital,” a Number 10 spokesperson said.

“The PM has asked foreign secretary Dominic Raab, who is the first secretary of state, to deputise for him where necessary. The PM is receiving excellent care, and thanks all NHS staff for their hard work and dedication.”

Asked if he was confident the government remained under control tonight, Mr Raab said: “There’s an incredibly strong team spirit behind the prime minister, and making sure that we get all of the plans the prime minister’s instructed us to deliver to get them implemented as soon as possible.

“And that’s the way it will bring the whole country through the coronavirus challenge that we face right now.”

He added: “The focus of the government will continue to be on making sure that the prime minister’s direction – all the plans for making sure that we can defeat coronavirus and can pull the country through this challenge – will be taken forward.”

It comes hours after Mr Raab, speaking at Downing Street’s daily press conference, faced intense questioning over his insistence that the prime minister remained in charge despite his poor health.

Mr Raab told the nation that government was working “full throttle” to implement the prime minister’s demands, but admitted he had not spoken to him “in person” since Saturday.​

The new caretaker prime minister – previously a Foreign Office lawyer – has spent much of the last month trying to repatriate British nationals from across the globe.

The intricacies of negotiating border closures, grounded planes and fraught international authorities has seen the Foreign Office come under increasing pressure to get its stranded citizens home.

By the time of his appointment as foreign secretary last summer, Mr Raab had already spent the best part of a decade establishing himself as an uncompromising political figure since first being elected to the seat of Esher and Walton in 2010.

The son of a Czech-born Jewish refugee who fled the Nazis in 1938, Mr Raab has said he would “probably not” describe himself as a feminist, and rarely strayed from his dedication to leaving the European Union.

He memorably quit his Cabinet role in protest against Theresa May’s much-maligned plan to leave the bloc in November 2018.

Despite playing up to his image as a hard-talking Brexit enthusiast during the most recent Tory leadership race, the karate black belt failed to progress to the final two.