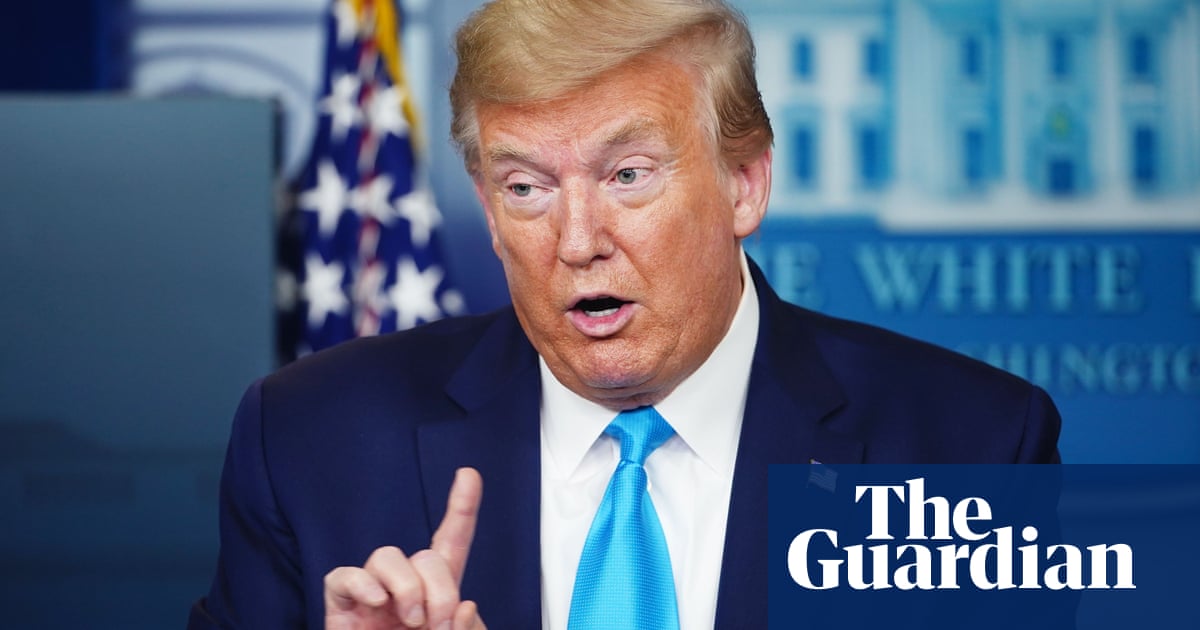 Donald Trump has criticised the World Health Organization (WHO), and by implication Beijing, saying the global body is “China centric” and “biased” towards the rival superpower.

As Wuhan, the city at the centre of the outbreak, began to return to normal life, Trump said the WHO had “been wrong about a lot of things”, and threatened to put a hold on WHO funding. When asked if that was a good idea during a pandemic, Trump denied saying it, and then said they would “look at it”.

“We’re going to investigate it, we’re going to look at it. But we will look at ending funding, yeah, because you know what, they called it wrong, and if you look back over the years even, everything seems to be very biased toward China. That’s not right.”

Trump has previously questioned China’s reported numbers of infections, saying last week said they were “a little on the light side”, and referred to the outbreak as the “Chinese virus”, prompting complaints from Beijing.

The fresh salvo came against a background of a worsening death toll in the US, with New York state reporting on Tuesday its highest single-day increase, with 731 fatalities. At least 3,544 people have died in New York city alone from Covid-19.

New memos revealing Trump was warned at the end of January that tough action was needed to avert hundreds of thousands of American deaths have fuelled suggestions the president is seeking a scapegoat.

The WHO declared Covid-19 a public health emergency on 30 January. Almost a month later Trump, who had compared the virus to influenza, said it was under control in the US, before declaring a national emergency on 13 March.

Meanwhile, the British prime minister, Boris Johnson has spent a second night in intensive care amid concerns about the seriousness of his condition, and the power vacuum he leaves behind. His “designated survivor”, Dominic Raab, still requires cabinet approval for major decisions.

There are fears the UK will become the worst hit country in Europe, with more than 40% of the continent’s deaths, according to forecasts. The Institute for Health Metrics and Evaluation predicted 66,000 UK deaths from Covid-19 by August, with a peak of nearly 3,000 fatalities a day.

New Zealand’s swift decision to impose strict lockdown measures last month appears to be paying off, with the nation recording its lowest number of new coronavirus cases in a fortnight.