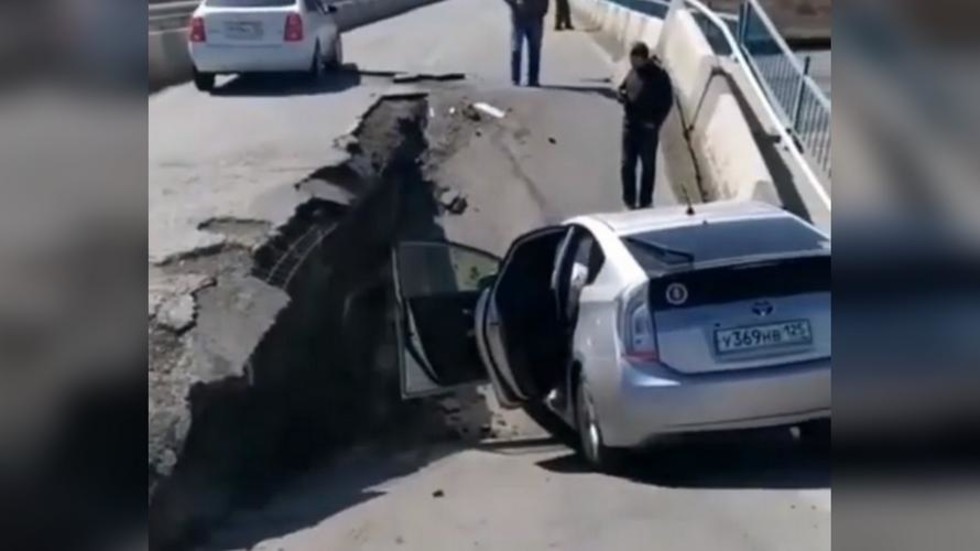 In a distant and rugged region where bears, tigers and other wildlife can often be sighted near highways, it takes quite a lot to scare a motorist. But a collapsing bridge is more than capable of doing the trick.

A motorist from Russia’s Far East got the fright of his life as the structure literally collapsed right in front of him. The shocking moment the road swallowed up his Toyota Prius was captured on a dashcam.

The short video filmed on Thursday, and now making the rounds on social media, shows a truck driving across the bridge, which begins to collapse as the Prius follows. It then cuts away to the aftermath.

Local authorities reported that the incident took place near the village of Romanovka, at the 55-kilometer marker of the Artyom-Nakhodka highway (A188). This is due east of Vladivostok, across the Ussuri Bay.

Another video from the site shows officials and bystanders gathered around the buckled bridge and the hapless Prius, with the other lane still open for traffic.

No injuries were reported from Thursday’s accident. In that respect, at least, it turned out more fortunate than a bridge collapse in the same region back in 2018, when a woman and a child in a passenger car were crushed by a heavy truck.

“Russian dashcams totally deserve an ‘Oscar’ nomination,” wrote one Twitter user, who posted the video of the calamity. “No other device in the world has filmed so many strange and insane events.”