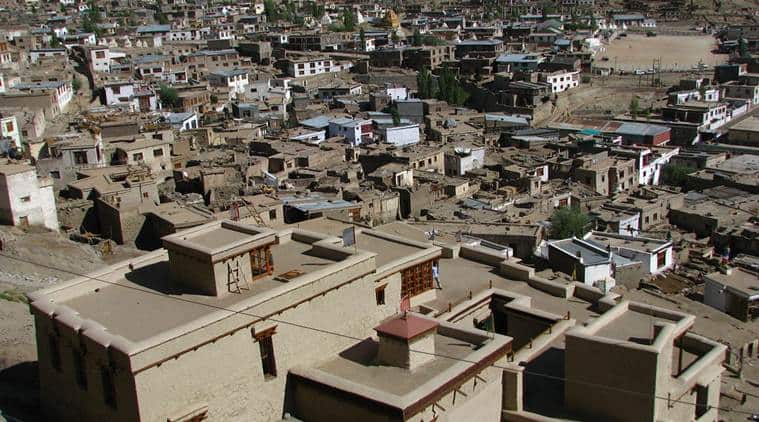 While the country is under lockdown since March 24, the Kargil district is disconnected from the outside since November last year when the early snowfall closed the Srinagar-Kargil highway.

Facing with “shortage” of essential commodities, the Ladakh Autonomous Hill Development Council (LAHDC), Kargil has shot a memorandum to Ladakh LG Radha Krishna Mathur making a slew of demands and warning of “law and order problems” if their issues are not resolved within a week.

While the country is under lockdown since March 24, the Kargil district is disconnected from the outside since November last year when the early snowfall closed the Srinagar-Kargil highway. Though the highway was thrown open on Friday, there is a restriction on the number of vehicles that could ply every day.

“We are disconnected since November and the essential items have run out. We can’t even find the pulses here, oil, sugar, flour is also not available. It is useless to think about the vegetables,” Chief Executive Councillor, LAHDC Kargil, Feroz Ahmed Khan told The Indian Express. “Though the road was opened yesterday, they (officials) are saying that only 10 trucks would be allowed to pass Zojilla tunnel every day. How would that suffice? On Saturday, the sent 18 fuel tankers when there was no need. There is no shortage of fuel but of eatables”.

The LAHDC Kargil together with the representatives of the municipal and panchayat bodies met on Sunday in Kargil and passed a unanimous resolution seeking “unrestricted supply of essential items and evacuation of students and pilgrims from Iran and other parts of the country. The demands include:

“Evacuation of pilgrims, who have completed their quarantine and the pilgrims stranded in Iran.

“Unrestricted supply of essential commodities via the Zojila (pass) keeping in view the fact that nowhere in the country national highway is restricted for regular traffic. Zojila be opened for all kinds of vehicular movement”.

The LAHDC Kargil has set a seven day deadline for the UT administration to fulfil their demands and warned of mass resignation by the elected representatives of the district – including LAHDC members, and panchayat and municipal members – if government failed to do so.

Facebook
Twitter
Pinterest
WhatsApp
Previous articleHalf of A&E staff at one hospital have coronavirus, reveals medic
Next articleGovernment confirms plan for new NHS app to track if you've been near Covid-19