Rifat Chadirji, a man often referred to as the father of modern Iraqi architecture, has died after contracting coronavirus.

The 93-year-old architect and photographer was living in London when he was diagnosed with coronavirus. Throughout his life he was responsible for more than 100 buildings across Iraq.

Among his most famous works were the Baghdad Central Post Office, the Baghdad Gymnasium, the Tobacco Warehouse and the Freedom Monument at Tahrir Square, which he built along with principle designer Jawad Saleem.

President Barham Salih said on Saturday that with Chadirji’s death, “architecture in Iraq and the world has lost its modern lung.”

Born in Baghdad in 1926, Chadirji studied in London. He later became a member of the Modern Baghdad Group of artists, who sought to combine modern and traditional Iraqi and Arab styles.

“From the very outset of my practice, I thought it imperative that, sooner or later, Iraq create for itself an architecture regional in character yet simultaneously modern, part of the current international avant-garde style,” he said in an interview in 2009.

He returned to Iraq in the 1950s to design “The Unknown Soldier” monument, constructed in Baghdad’s Firdos Square. He also worked at this time on the Freedom Monument, commissioned by Iraq’s then-president Abd al-Karim Qasim.

But following the rise of Saddam Hussein and the Baath Party the monument was torn down and replaced with a statue of Hussein, who threw Chadirji into jail.

The statue of Hussein was later torn down by US forces after the 2003 invasion.

“Rifat Chadirji is one of the most prominent architects in the Arab world,” wrote French author and researcher Caecilia Pieri, who knew Chadirji well in 2013. 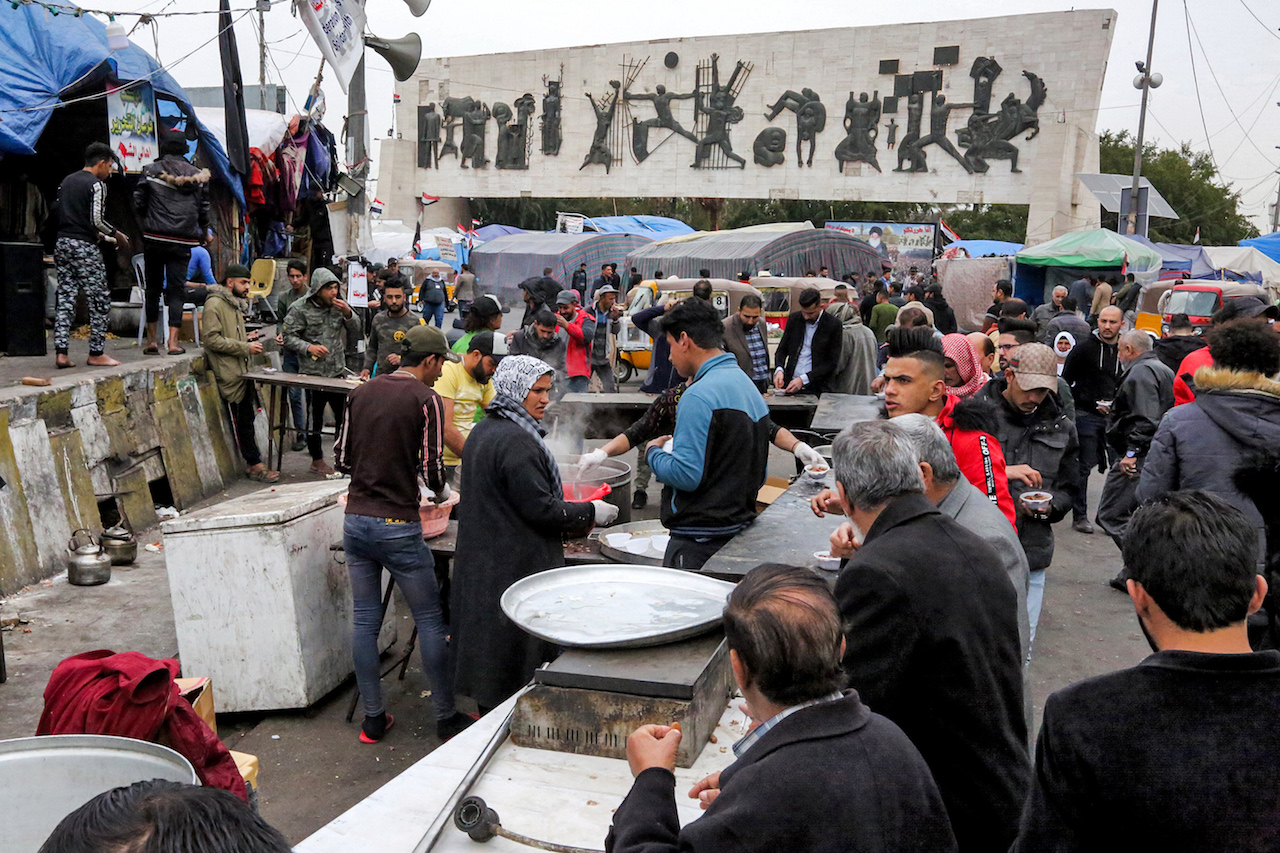 “During the 1970s, Chadirji was jailed for 20 months in the Abu Ghraib prison, [but he was] eventually released by Saddam Hussein, who was seeking Iraq’s best architect to oversee the preparation of Baghdad for an international conference to be held in 1982.”

Chadirji wrote about his experience in jail in “The Wall Between Two Darknesses”.

He moved to Beirut a few years later and lived abroad throughout most of the following decades of war that left the country devastated and bankrupt.

His wife Balkis Sharara told Middle East Architect magazine in 2017 that the experience of returning to Iraq in 2009 had been harrowing for him.

“We went for 10 days. We visited Erbil and Baghdad, but the whole trip saddened him – just seeing what became of the country, what became of al-Rasheed Street in Baghdad, was enough to send us back to London,” she said. 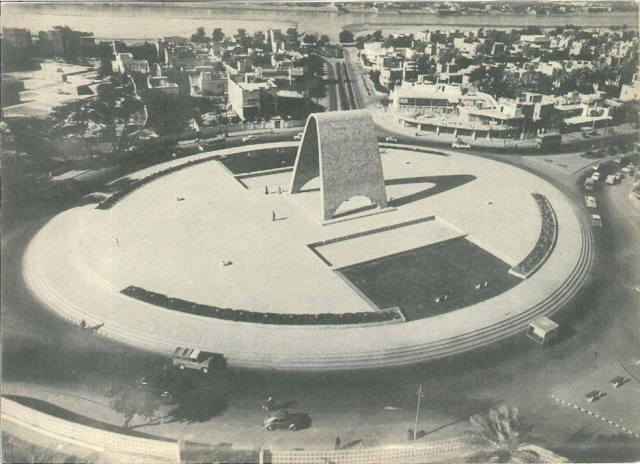 In a further grim twist of fate, one of his works would become famous in the 21st century because of the actions of the Islamic State group.

The National Insurance Company in Mosul, a seven-storey building built in 1969, made headlines around the world after it was used by the militant group as an execution method for suspected LGBT people, who were thrown from the top by IS to their deaths.

In 2019, the decision was taken to demolish the building by a municipal committee, who said it had been left in ruins in the fighting to take back the city from the militant group.

The move was criticised by some residents and architects, including Caecilia Pieri, who argued that the “building could be a landmark of resistance against IS oppression” akin to certain buildings in Beirut.

Despite the abuse he received and the poor treatment of his works by successive administrations, Chadirji remained optimistic about the future of cultural expression in Iraq. 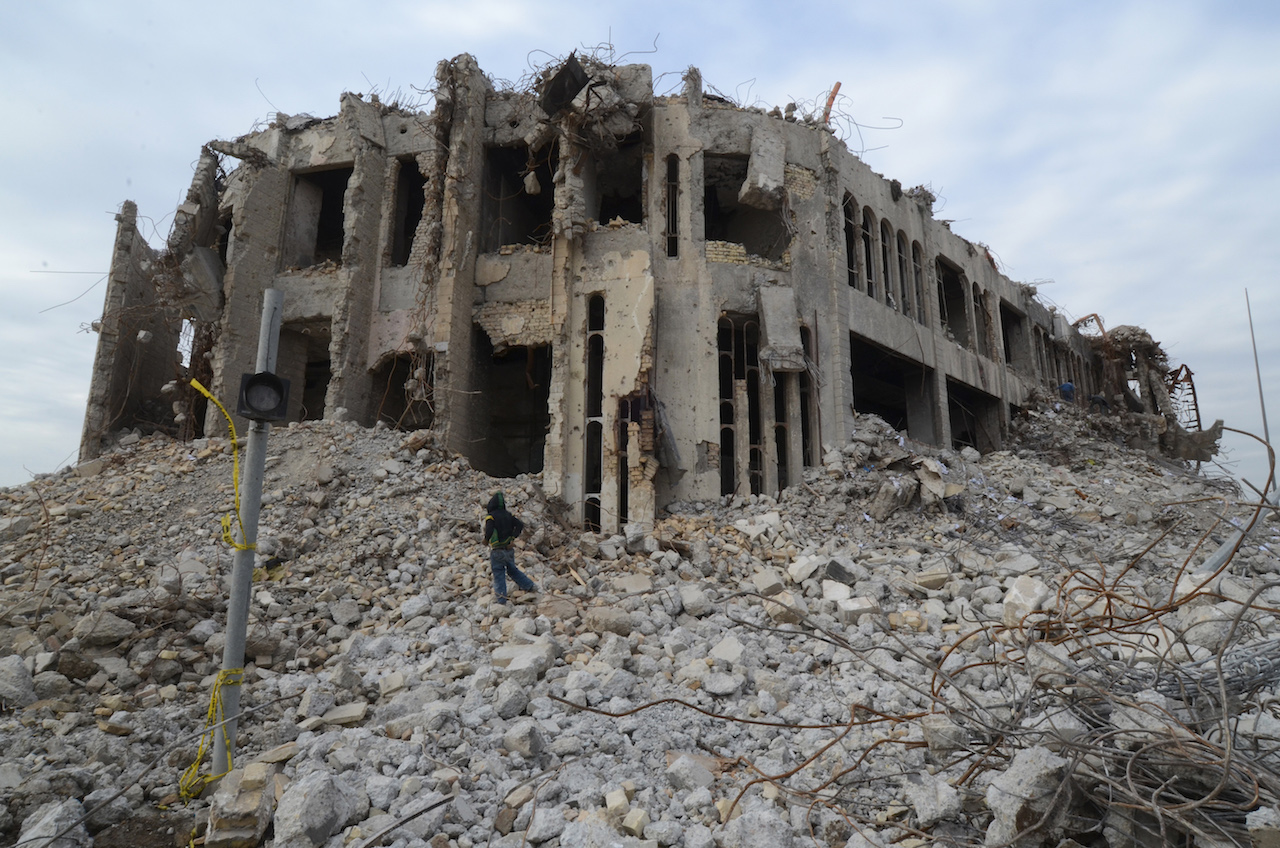 “Many of my buildings have been damaged, but that doesn’t matter. Anything can be rebuilt,” he said in a 2003 interview with the New York Times.

“What matters is that there is freedom. If there is that, then Iraq can eventually be the vanguard for architecture in the Middle East.”