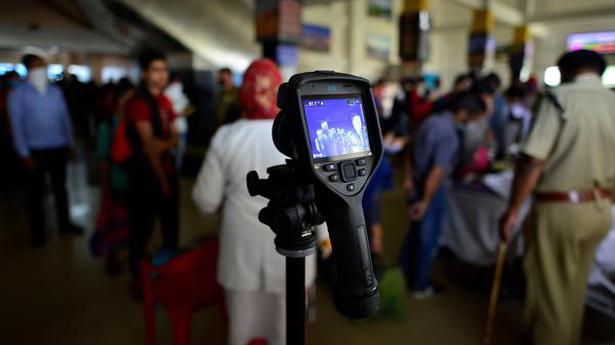 A 65-year-old man in Assam died due to COVID-19 on Friday, the first casualty of the disease from the State. He was among 29 persons in Assam who had tested positive for coronavirus.

Assam Health Minister Himanta Biswa Sarma said the 65-year-old, a resident of Hailakandi district, died due to COVID-19 complications at around 2 a.m. on April 10. He was one of the 27 patients who had links with the Nizamuddin event in that was held in Delhi in early March. He had also visited Saudi Arabia recently, the Minister said.

“The patient from Hailakandi was declared COVID-19 positive on Tuesday (April 7) and was admitted to the Silchar Medical College and Hospital in a critical condition. I offer deep condolences and prayers for the bereaved family,” Mr Sarma said.

Officials in Hailakandi district said Barjurai, the village near the district headquarters Hailakandi where the 65-year-old lived, has been put under tighter watch to ensure the residents do not come into contact with others.

“The village was sealed close to midnight on Tuesday after he was detected as positive. This was done under the Assam COVID-19 Containment Regulation, 2020, with strict perimeter and demarcation entry and exit points,” the district’s Deputy Commissioner Keerthi Jalli said.

The Hailakandi man was one of three positive cases reported from southern Assam’s Barak Valley, which comprises of three districts.

With his death, the number of COVID-19 positive cases in northeast reached 32, with two from Tripura being tested positive in Rajasthan. The region’s first patient, a 23-year-old woman who had returned home to Manipur’s capital Imphal from the UK, was declared cured a couple of days ago.

Another COVID-19 patient contracted the virus from an associate who had returned from the Nizamuddin event. Meanwhile, doctors have not been able to crack the “mystery” surrounding the infection of a Guwahati-based man who had returned from a trip elsewhere in the country almost a month before the lockdown began.