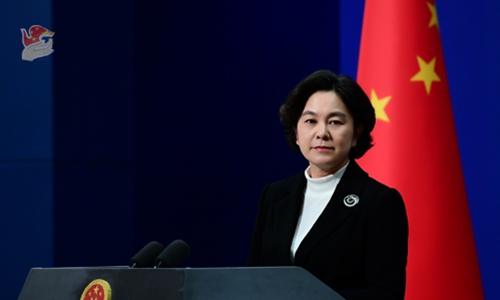 A Chinese fishing boat collided with Japan Maritime Self-Defense Force destroyer Shimakaze Monday evening in the East China Sea, in China’s coastal waters, resulting in the injury of a fisherman and a hole in the destroyer. China has expressed concerns to Japan over the collision and is investigating the cause of the incident, the Chinese Foreign Ministry said on Tuesday.

The incident took place at about 7:30 pm on Monday in the East China Sea waters east of Zhoushan, East China’s Zhejiang Province, in which a Chinese fishing vessel collided with a Japan Self-Defense Force ship, said Hua Chunying, a spokesperson of the Chinese Ministry of Foreign Affairs, at a regular press conference on Tuesday.

One fisherman suffered back injury in the incident, Hua said, noting that the China Coast Guard has now arrived at the scene, and the cause of the incident is under investigation.

Japanese public broadcaster NHK reported on Tuesday that the incident took place about 650 kilometers west of Yakushima Island in Kagoshima Prefecture, and no one aboard the Shimakaze, the Japanese destroyer, was injured.

The waters where the accident took place are the coastal waters of China, Hua pointed out, noting that China has expressed concerns over the activities of the Japan Self-Defense Force vessel in the waters, which impacted the Chinese vessel’s navigation safety.

“China and Japan are now in communication over the incident. We hope the Japanese side can actively cooperate and find the cause of the incident as soon as possible in order to prevent this kind of incident from happening again,” Hua said.