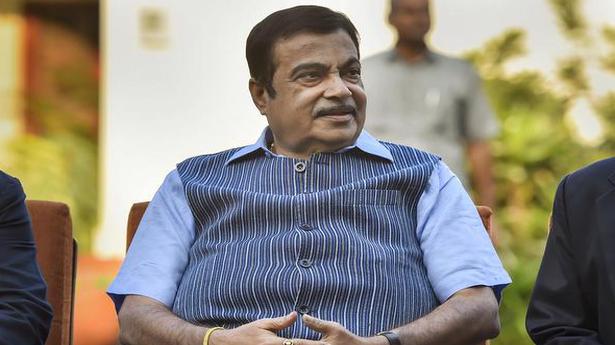 Union Minister for Micro, Medium and Smallscale Enterprises (MSME) Nitin Gadkari said the flight of migrant labour from cities was a serious issue in any post lockdown plan for economic revival but added that it would be up to the State governments to evolve guidelines to allow their return.

Speaking to The Hindu in a videoconference from his Nagpur residence (where he has been since the travel restrictions came into place), Mr. Gadkari said the plight of migrant labour was a deep concern going ahead.

“There are, according to some reports, nearly 20 lakh migrant labourers in shelters across the country; some have returned to their native villages, others are in between. It is a serious issue. Confidence-building measures will have to be undertaken by the government and the factory owners themselves in order that they may return,” Mr. Gadkari said.

“As for the logistics of their return as and when the lockdown is eased, the guidelines will have to come from the State governments. Looking at the Disaster Management Act now in place, the District Collector will be key. Whether factory owners can, with a letter from the Collector travel and speak to his employees who left etc, are issues that are on the table. We have conveyed to various State governments that it is up to them how to take this forward,” the Minister said.

The MSME sector, he said, employs nearly 11 crore people and is labour intensive. The flight of labour has been a worry. “We are however, preparing bridge plans for the sector including encouraging rural craft and providing funding for village-based industry,” he said. Around 400 clusters with ₹2 crore corpus each have been identified for this project, titled Spoorti, he said.

Mr. Gadkari also made a case for strengthening domestic manufacture and indicated that going ahead, his Ministry at least would be emphasising on import substitution units within the country.

“We must reflect on the lessons from this crisis and one of the main ones is that we must manufacture much of what we need here, and also build an export market and replace other countries in those fields,” the Minister said.

He added the example of the new policy for Active Pharmaceutical Ingredients (API) that had been cleared by the Union Cabinet just before the lockdown was announced. India wants to regain its position, ceded to China, in that field, he said.

The Ministry has already conveyed to the Finance Ministry its wishlist for the sector including a boost for the Credit Guarantee Trusts and working capital offered.

“Whenever the lockdown lifts, it won’t be business as usual. We will have to be COVID-19 ready in terms of shop floors etc and industry’s culture has to respond to that,” said Mr. Gadkari.