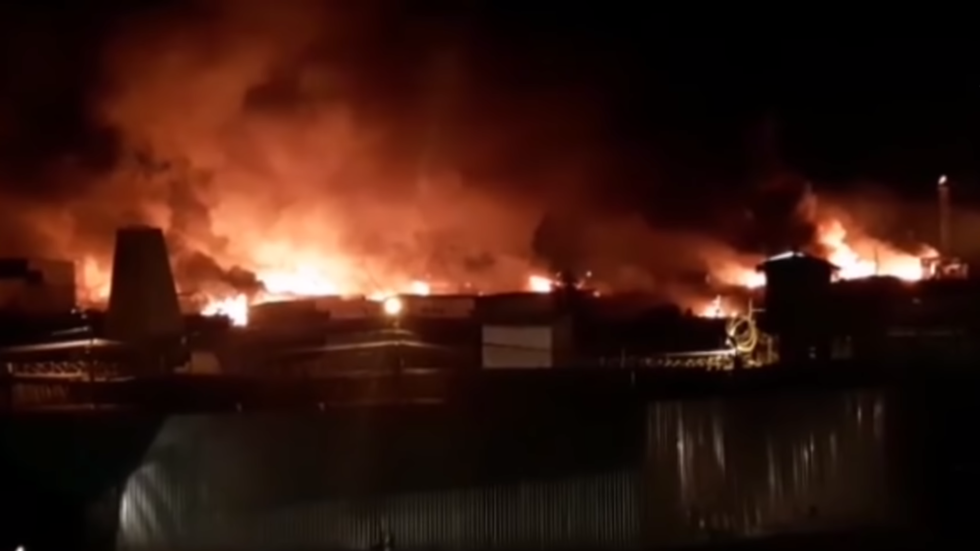 A fire broke out on Friday night at a strict penal colony in eastern Siberia, over 4,000km east of Moscow. According to officials, multiple buildings were set alight by prisoners.

Media reports coming from the Irkutsk region suggest about 300 people have been injured. REN TV reports that the fire began when inmates burned the prison’s woodworking shop. Russia’s Federal Penitentiary Service (FSIN) reported that the situation is now under control. Videos and photos depicting the burning prison have flooded the internet.

On Thursday, it was reported that unrest began in the prison at lights-out when one prisoner refused to comply with the orders of the guards. The regional prison service explained that, upon the encouragement of one inmate, prisoners in other cells smashed security cameras, with many committing self-harm. In the course of the ensuing scuffle an employee was also injured.

According to human rights activist Pavel Glushchenko, Thursday’s protest began after officials beat a prisoner twice. It appears that Friday’s riot is linked to the previous day’s unrest.

Moscow newspaper Novaya Gazeta, citing local sources, reports that the incident began after one of the convicts “refused to allow a personal search [and] pushed and swore at the staff of the institution before calling on other convicts to take unlawful actions… prisoners attacked an employee, causing him bodily harm. The employee has been hospitalized.”

The penal colony, named IR-15, is located in Angarsk, a city in the Irkutsk region of Siberia, and is positioned on the route of the Trans-Siberian railway. The settlement is notorious for being the home of Mikhail Popkov, one of Russia’s most prolific serial killers. Popkov sexually assaulted and murdered 78 women between 1992 and 2010, and is known as the “Angarsk Maniac.”