Researchers in the US have used virtual reality (VR) for the first time to reveal how coronavirus attacks the lungs and kills people.

Such is the ferocity with which coronavirus can target the lungs, even otherwise healthy people can fall seriously ill – and could die.

The images, from George Washington University Hospital in Washington DC paint a stark picture of the potential impact of the COVID-19 disease, which can be so serious that even patients who survive may be left with lifelong breathing difficulties.

In these images, which were recreated from the university’s first COVID-19 patient in mid-March, the green areas show where the virus has damaged tissue in the lungs. 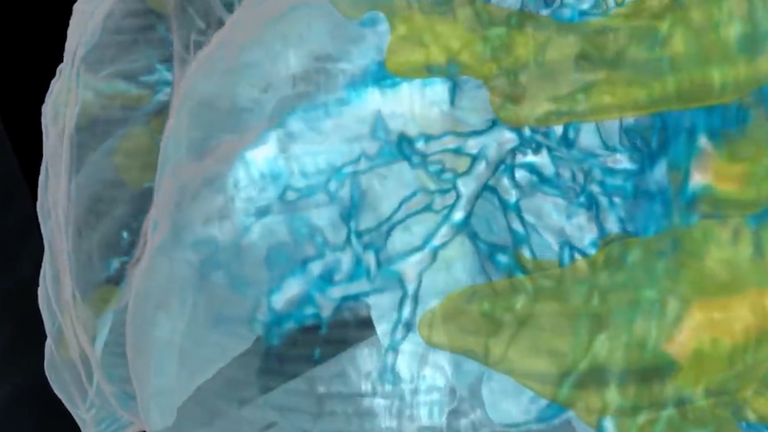 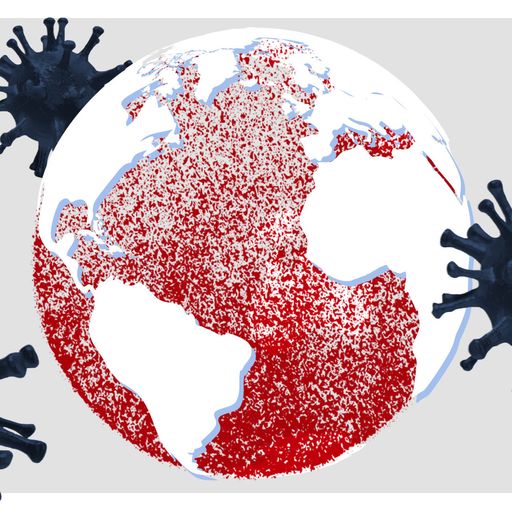 “There is such a stark contrast between the virus-infected abnormal lung and the more healthy, adjacent lung tissue,” explains Dr Keith Mortman, chief of thoracic surgery at GWHU.

“The damage that we’re seeing is not isolated to any one part of the lung.

“This is severe damage to both lungs diffusely.”

Such damage could come in the form of an illness such as pneumonia or acute respiratory distress syndrome (ARDS), which stops oxygen from reaching vital organs.

Normally oxygen would enter down the windpipe and head into the lungs, filling up air sacs that then enter red blood cells, which in turn circulate around the heart and the body.

ARDS would stop the oxygen before it gets to the lungs, starting a domino effect for the rest of the body. GHWU has been using its so-called Surgical Theater VR technology since 2016 – it has previously been used for surgical planning and to educate patients.

The COVID-19 patient – a man in his late 50s – had mild symptoms (fever, cough, shortness of breath) to start with, but his condition deteriorated and he needed to be hospitalised and placed on a ventilator.

When his condition escalated further, he was transferred to GWUH for more intensive treatment called ECMO, which stands for extracorporeal membrane oxygeneration.

It sees blood removed from the body, infused with oxygen, and then returned to the body. 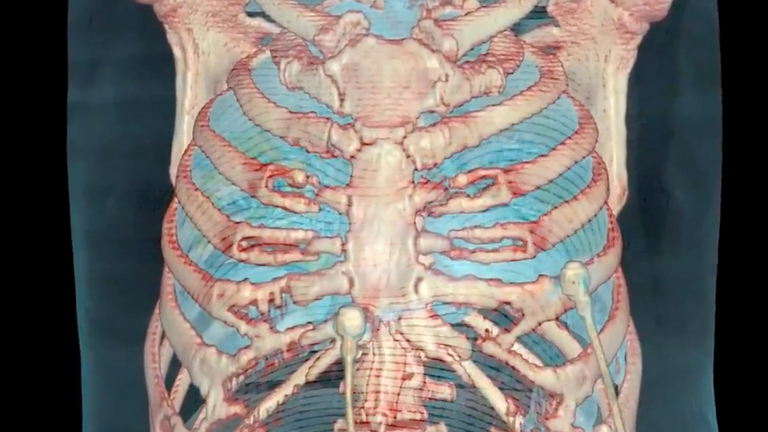 Image: The patient is a man in his 50s who initially had mild symptoms. Pic: George Washington University Hospital

Speaking on GWHU’s coronavirus podcast, Dr Mortman said the damage shown in the images suggests COVID-19 could have long-lasting effects on its most critical victims.

He said: “It starts off as a viral infection, but you can see that it becomes severe inflammation in the lung, and when it does not subside it becomes scarring, creating long term damage.

“It could really impact somebody’s ability to breathe in the long term.”

Your guide to self-isolating 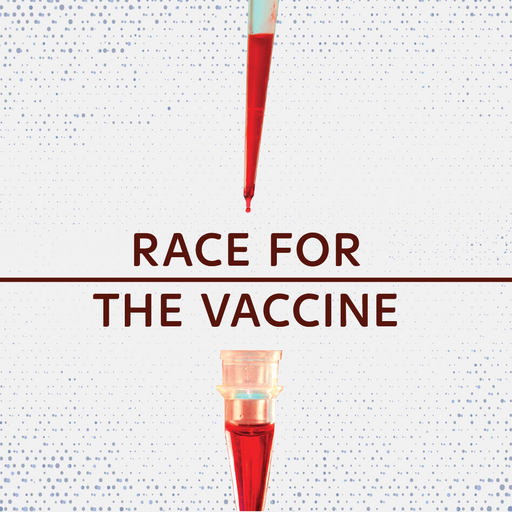 Race for the Vaccine: The drug that could save millions

Dr Mortman said that while the majority of people who get infected will recover well from minor symptoms or have no symptoms whatsoever, around 20% will develop more severe problems.

Hospital admission, intensive care treatment and ventilation could all follow.

“People who so far have not been heeding the warning of public health professionals can see these images and the destruction that’s being caused in the lungs, and why these patient’s lungs are failing to the point of needing a mechanical ventilator,” he said.

“Hopefully the public can see these images and start to understand why this situation is so serious and how this virus really is not discriminating among various people.”

Facebook
Twitter
Pinterest
WhatsApp
Previous articleCoronavirus India lockdown Day 14 updates | ICMR study shows one person not following lockdown can infect 406 in 30 days: Health Ministry
Next articleCoronavirus in Spain: What's the latest and what do you need to know?