Home Uncategorized In Bastar villages, lockdown comes with a fear: ‘Will our gods be...
Uncategorized

In Bastar villages, lockdown comes with a fear: ‘Will our gods be angry if we don’t celebrate festivals?’ 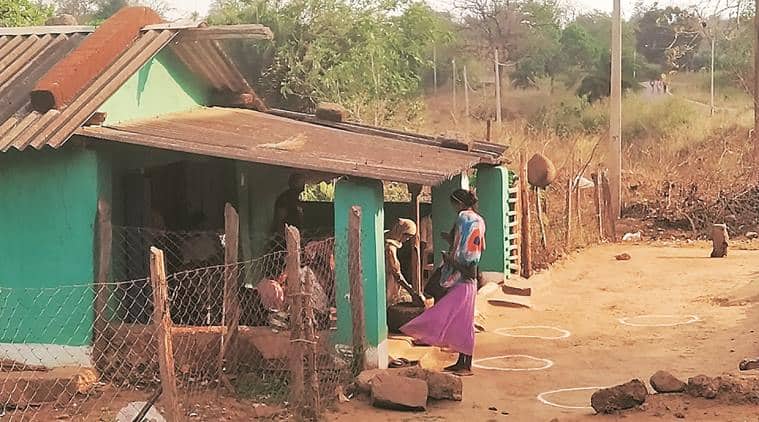 For 68-year-old Gomti Markam, a resident of Arbe in Dantewada district of Chhattisgarh, this is a summer of many firsts. The sexagenarian has always spent her morning hours in summer months picking tora, the ripe fruit of mahua trees that grow aplenty in the jungles of Bastar; the nights are spent preparing for the many pandums or festivals that the season brings. Not this year.

“Because of this corona, nobody visits anyone anymore. I am told the police will arrest us if we gather to celebrate our own festivals,” she said, perplexed by the ongoing year.

Despite reporting no COVID-19 cases, news of the virus and ways to prevent it have reached some of the most interior districts of Bastar region of Chhattisgarh.

“We know we need to wash hands and cover our faces when we step out. After the lockdown began, we heard on news that people can’t gather at one place,” said Masa Bhudam, a shopkeeper in Sameli, 45 km from Dantewada headquarters.

Villages here are also clear that they don’t want outsiders to bring the virus. Anything from logs of wood to big rocks, cement blocks to barbed wire, thorny bushes, old tyres or even just a rope tied across a frame are being used to deter entries, even on the inaccessible roads. “Corona ke karan bahari vyakti pravesh nishedh (Due to Corona, no entry for outsiders),” reads a message written with brick on a cloth banner in Amabeda village of Kanker district.

But for a region that is among the most backward in the country, the restrictions have meant further shortages.

Despite the government promising “free ration”, the villagers are only getting free rice and salt from the PDS shop, and pay for everything else. Villagers allege that PDS shopkeepers have, in fact, been asking them to pay double – while chana and jaggery/sugar usually costs them Rs 78 for two months, they say they are being asked to pay Rs 120.

“We don’t have the money. We are exchanging our toras in place of jaggery and potatoes. If the government has said free, then why are we paying almost double?” asked Bhima, 28, from Kuakonda block. PDS shops in Dantewada and Kanker blocks were found to be shut.

Weekly haats or marketplaces were stopped in the second week of March. A remnant of the old adivasi culture, the haats are also places that villagers frequented for needs that couldn’t be served by the PDS shops.

“We would buy meat, vegetables and other items from the haat. In our village, we only grow tomatoes and some local vegetables. It has been almost a week since I have fed my children any vegetable. If the lockdown extends, where will we get our supplies from?” said Nande, 38, a resident of Potali. “The government should send a pick-up truck every week or once in two weeks, carrying essentials like vegetables, oil and soaps to the panchayat building,” she added.

Soaps are one of the first few commodities that went off the shelves in almost all the villages. Gopa, 42, a shopkeeper in Badepinjodi village in Kanker, said he ran out of soaps twice in the last two weeks. “I couldn’t get any soap in the store I buy from, so I have asked everyone to use theirs judiciously,” he said.

Even in the health centers, the staff bring their own soaps. “The hospital’s stock ended in March. Since then, we have been getting our own liquid soaps and using those,” said a healthworker from the Primary Health Centre at Geedam. She added, laughing, “No one thought of stocking up soaps here because the demand was so less. Now everyone seems to be stocking up.”

Ramina Singh, 50, said the anganwadi in Neelawaya where she works didn’t give her a mask, but her son bought her one. “We were given a soap. But my son bought Dettol soap and that’s better,” she said, showing her ‘Jo’ soap that the administration distributed. “In my area, the ration has not yet reached. When I went to provide ready-to-eat meals for the children, their parents asked if I knew when they would get the rice. I am planning to give them some from what I have in the coming week, just till they get some other help,” she said.

Gomti Markam, however, has a contingency plan. Sitting under a mahua tree near her house, she said, “In the village someone or the other helps. If nothing comes, we will cook our tora and make pej.” She scoffed as her children and grandchildren protested at the thought of eating tora and pej.

For the mother of five and grandmother of seven, the empty roads and the inaccessibility to her shrine in the forest in a different district is a bigger issue. “The time before Beej pandum is meant for rest and recuperation before the toiling hard begins again. But now, if we can’t celebrate the pandums, won’t the forest Gods get angry at us?” she said.