Home Uncategorized IN PICS: Dispatch from Barcelona as once bustling metropolis falls silent during...
Uncategorized

IN PICS: Dispatch from Barcelona as once bustling metropolis falls silent during Spain’s coronavirus lockdown

WALKING around the streets of Barcelona this Easter has been a rather surreal experience. 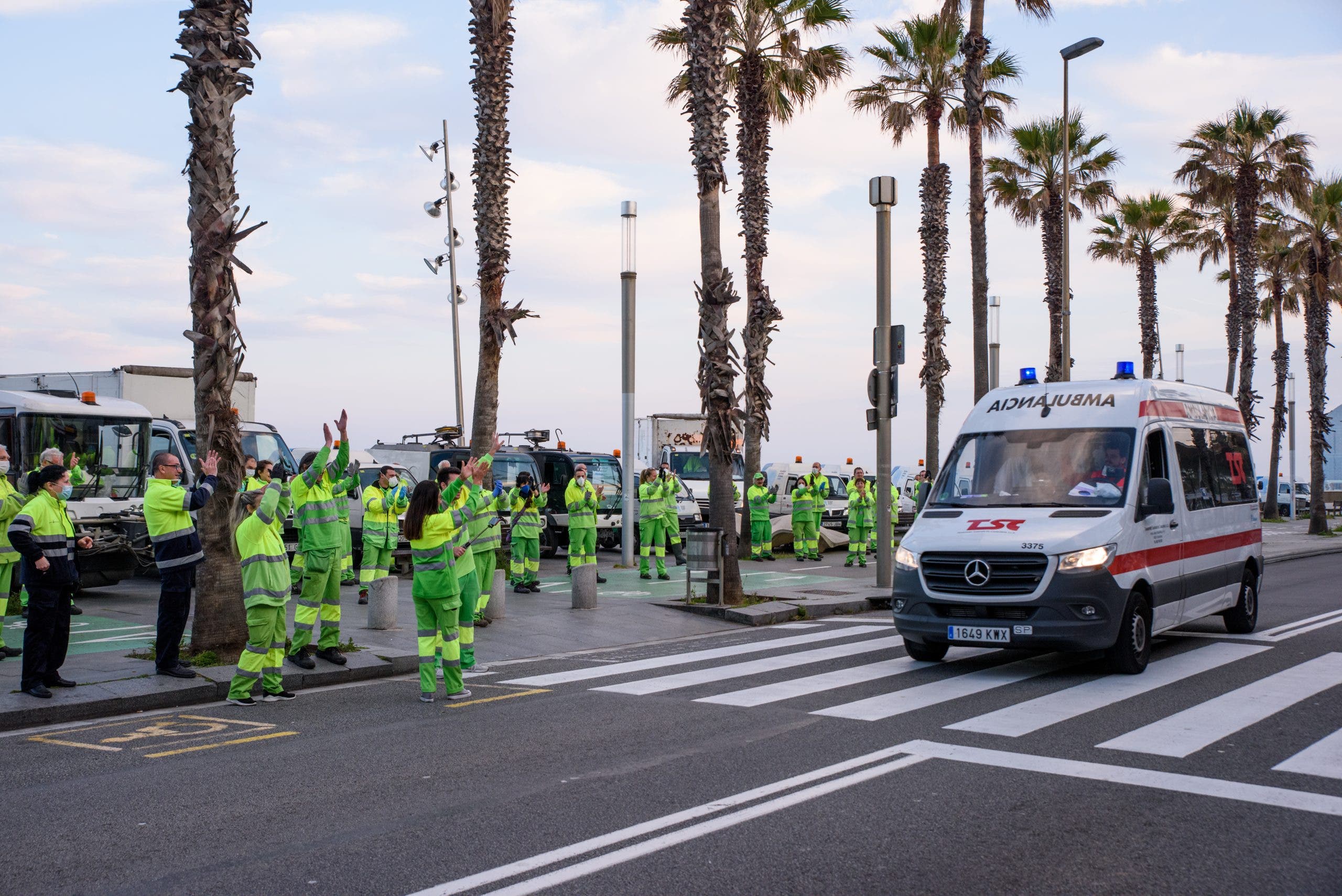 Areas normally bustling with tourists and locals are now only populated by a handful of delivery riders, dog-walkers and workers carrying out essential services. 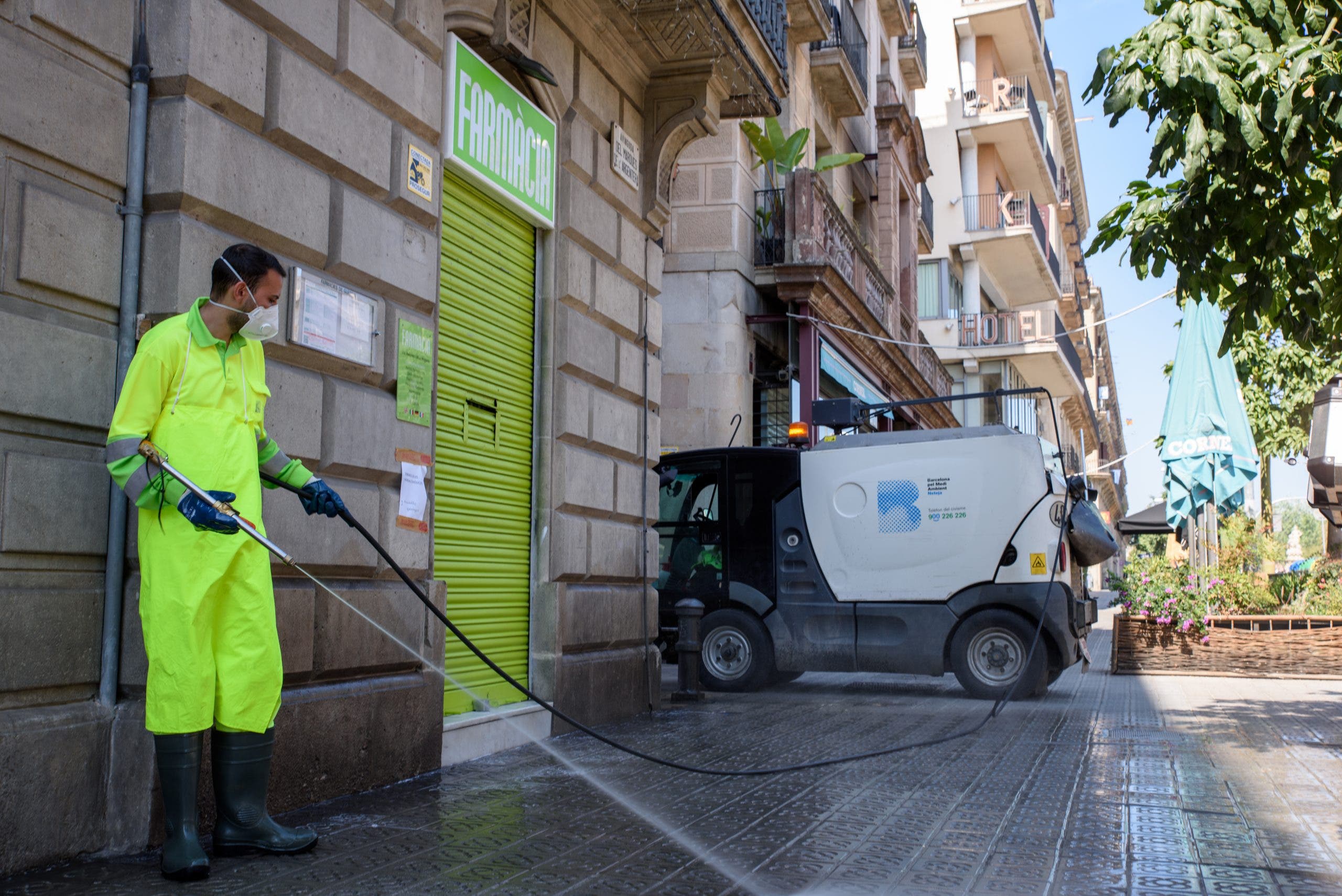 A street-cleaning get to work outside a pharmacy in the heart of Barcelona (PHOTO: Mike Riley)

You might think such calm scenes would be more relaxing than the usual, somewhat frantic pace of Barcelona where competition for space in the city streets is high among the walking tours, street-sellers, and the masses of tourists snapping selfies and enjoying drinks and tapas. The reality is anything but. Street cleaner smirks behind a medical mask while posing for a pic on the iconic La Rambla (PHOTO: Mike Riley)

There is a tension in the air as people contemplate each other from a safe distance and queue up outside supermarkets while police patrols pass through the city. 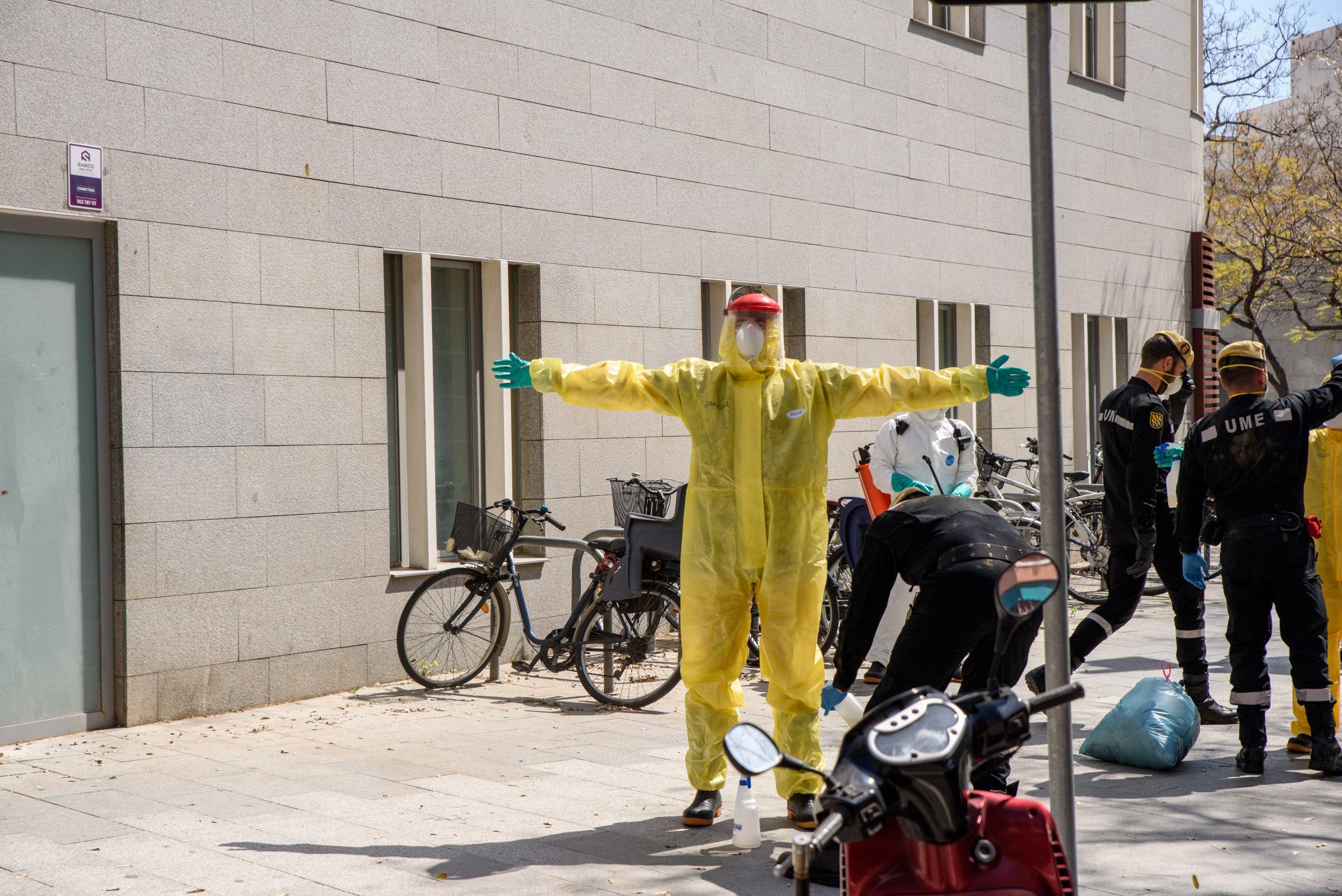 Military disinfect one another after cleaning down a care home (PHOTO: Mike Riley)

While many of the city’s homeless population have been housed in emergency shelters set up to ensure their safety, there are still many who are unable or wary to do so and continue to eat, sleep and pass their time in the now empty streets. 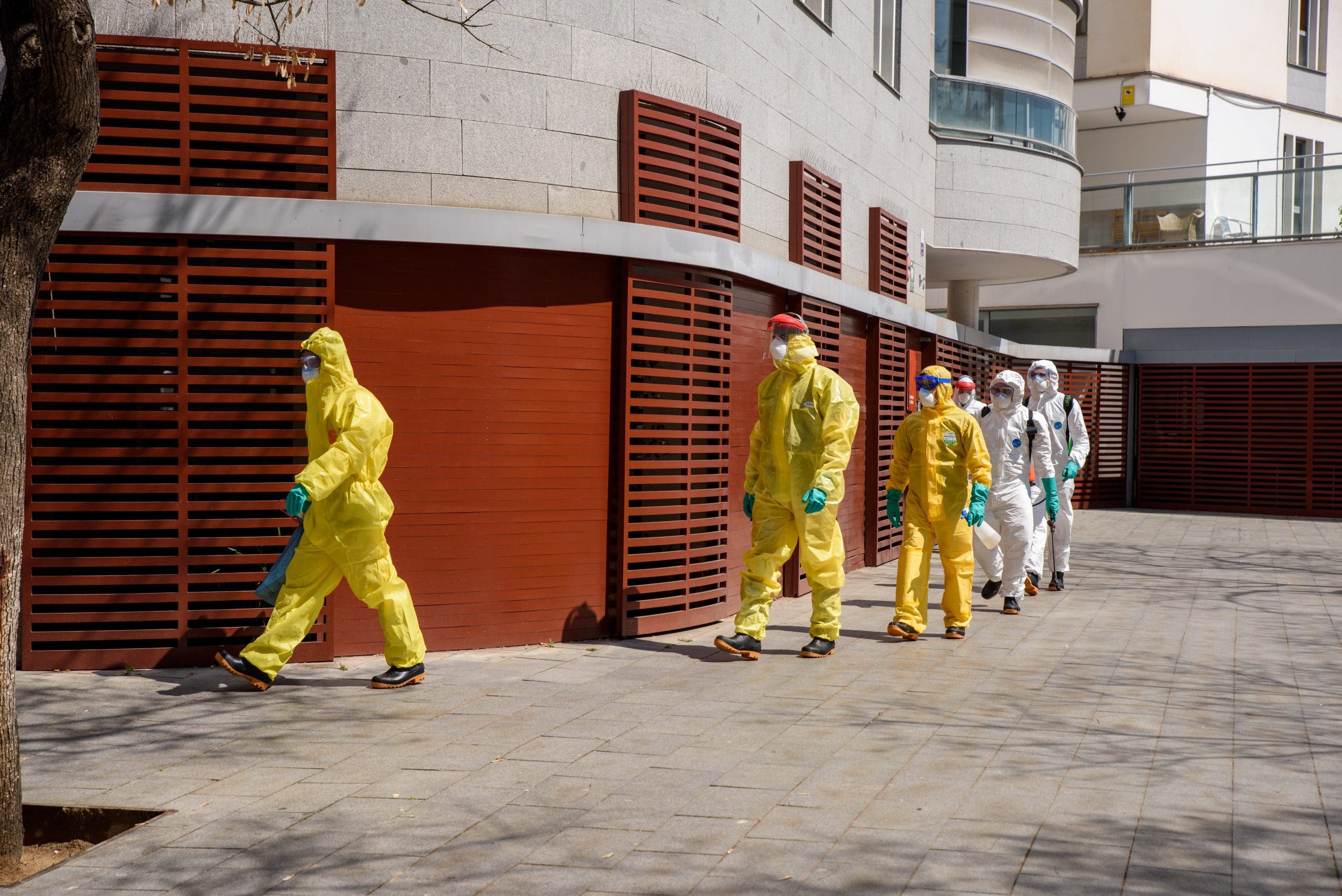 The relative silence is occasionally punctuated by the sirens of an ambulance or the rumble of a military convoy as the emergency and municipal services carry out the essential tasks of disinfecting, enforcing the quarantine and caring for the sick. 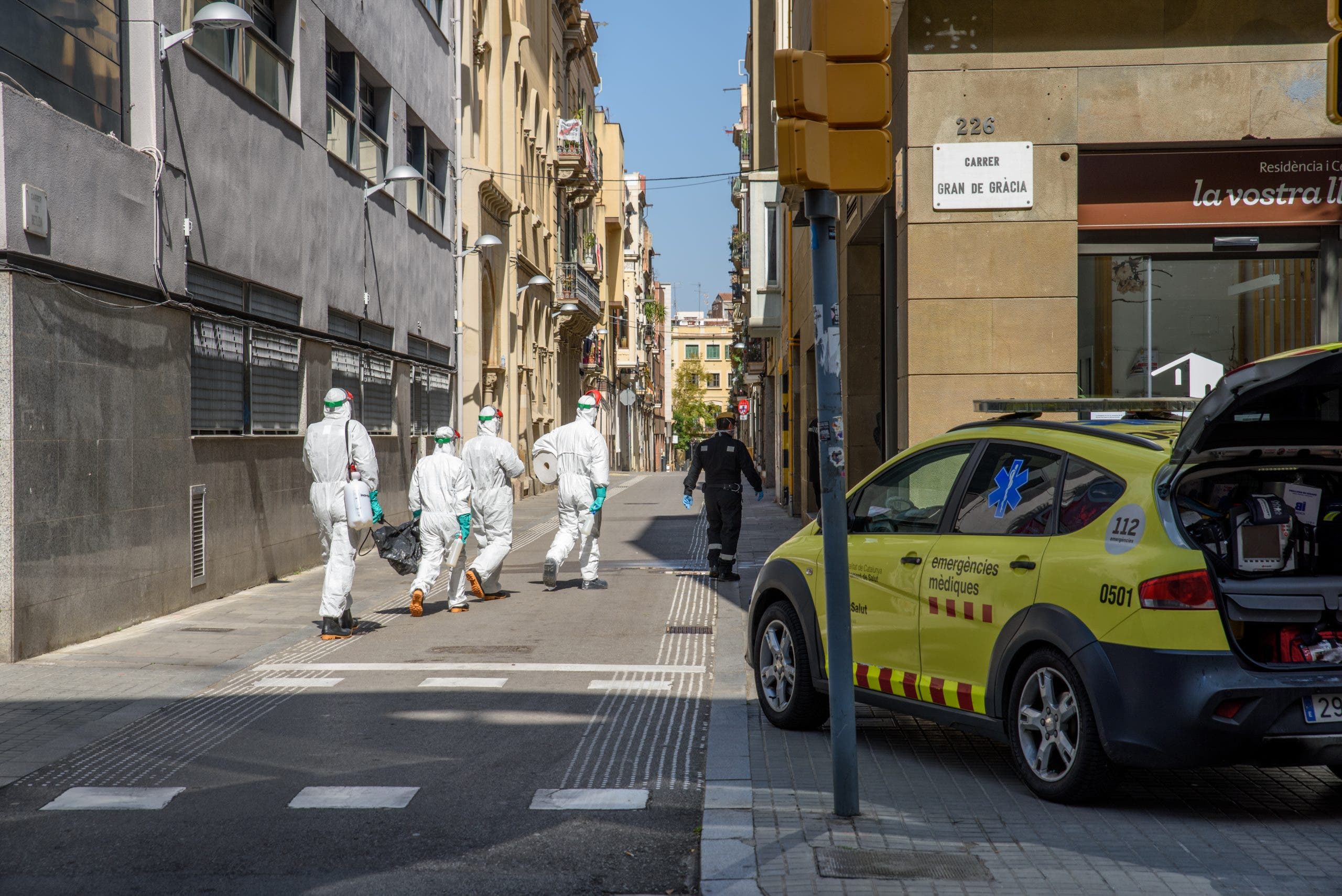 At 8pm, each evening, residents come out on to their balconies to applaud the work of those who are making extraordinary efforts to care for the most vulnerable and ensure the rest of us are able to access essential services and obtain basic supplies. 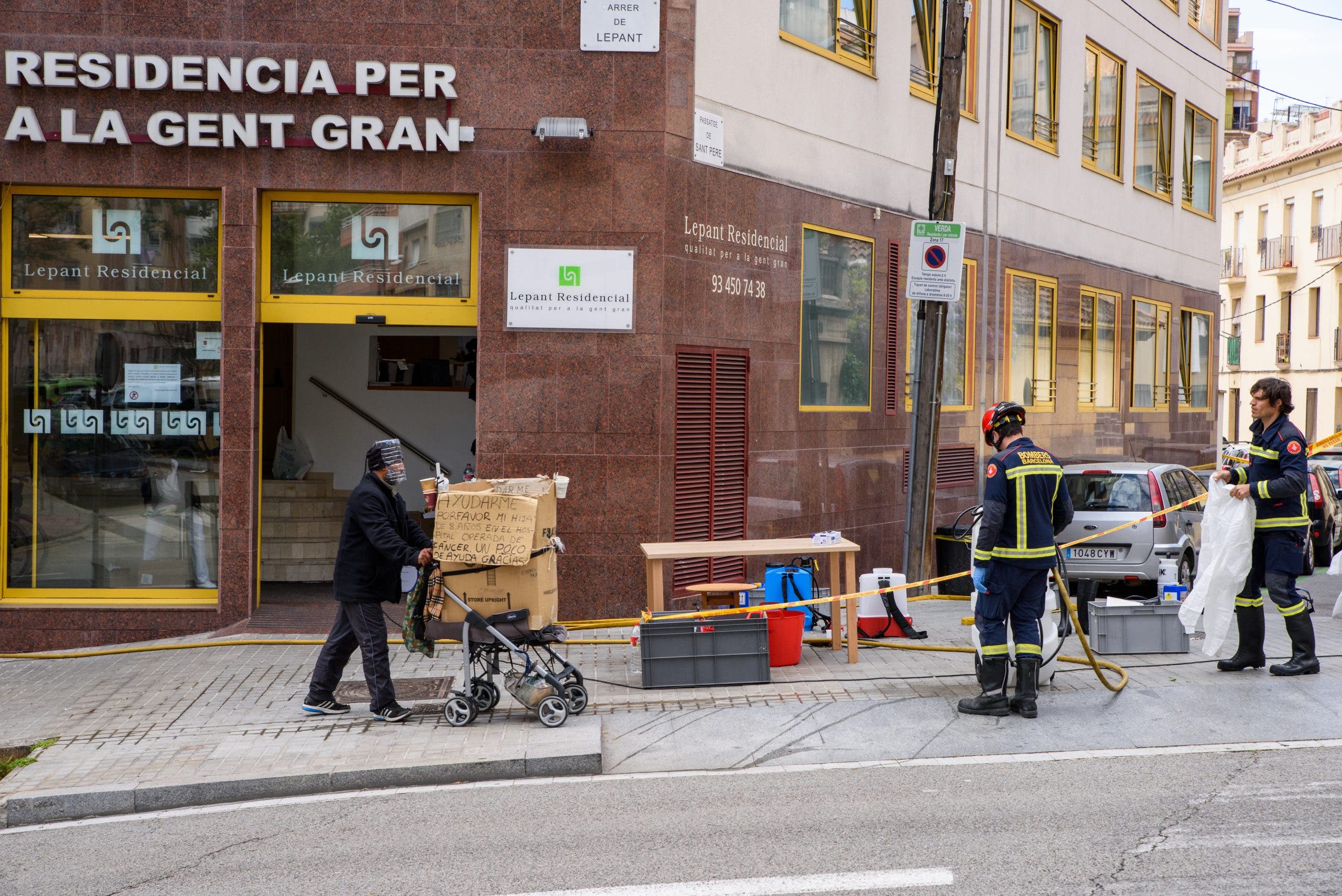 But despite the show of solidarity there still exists a crippling sense of uncertainty. 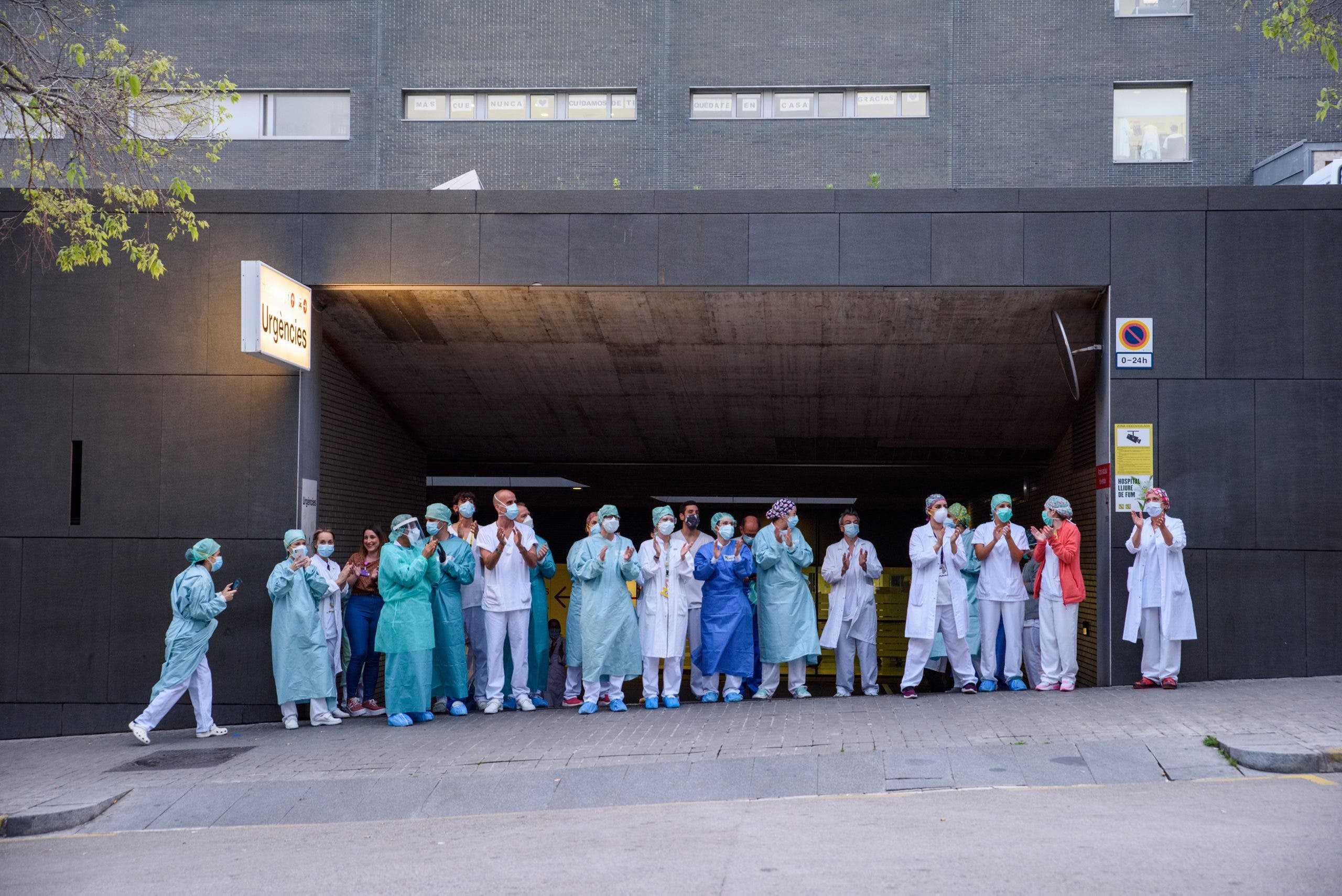 Uncertainty about when, or even if, the bustling metropolis will return to normal. 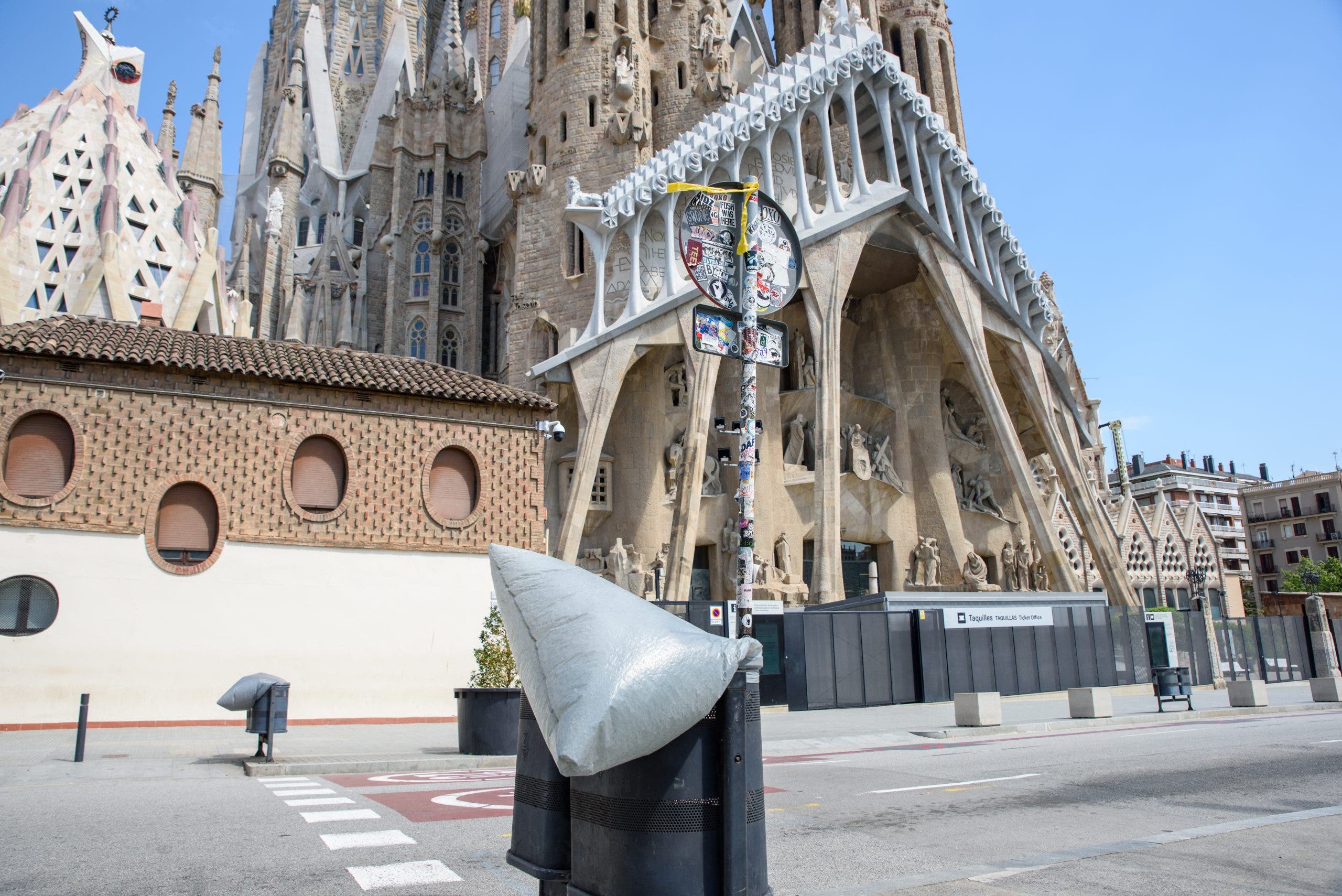 Uncertainty about what the next weeks will bring and when people will be able to return to work, and pay their rent and still have enough money to support their families. 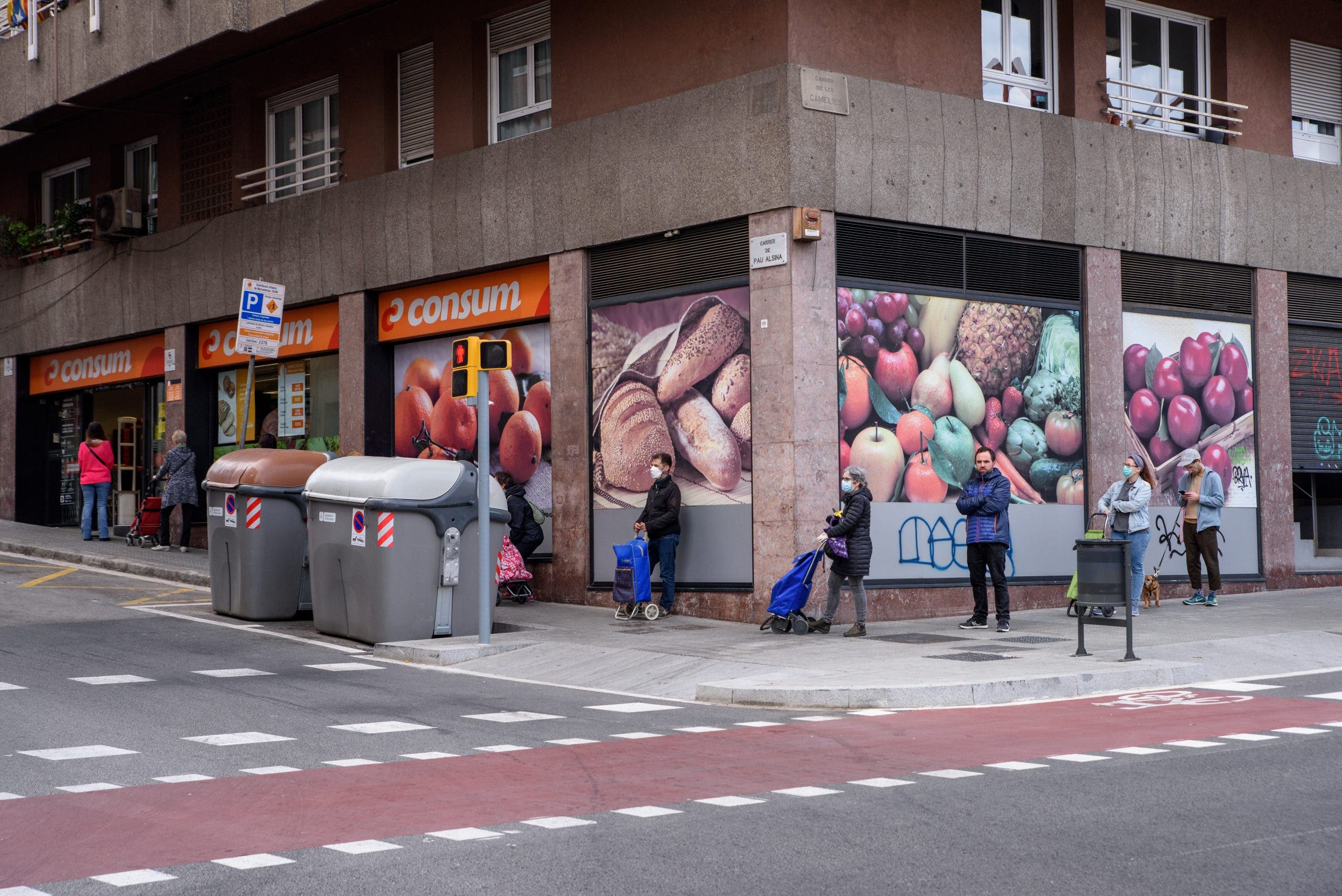 Locals queue around the corner for their supermarket shop in the Guinardo district of Barcelona (PHOTO: Mike Riley)

As Spain looks to be ‘flattening the curve’ against COVID-19, we can only hope it is sooner rather than later.