Home Uncategorized Israel may be headed to 4th election in a year as president...
Uncategorized

Israel’s president on Sunday rejected a request to extend coalition talks between the country’s two most powerful political parties — appearing to give a boost to Prime Minister Benjamin Netanyahu and pushing the nation toward an unprecedented fourth consecutive election in just over a year.

The decision by President Reuven Rivlin capped a stunning turnaround in fortunes for Netanyahu, who just a month ago was fighting for his political survival as he prepared to go on trial for corruption charges. His challenger, Blue and White party leader Benny Gantz, now faces an uphill struggle as he races to salvage a power-sharing deal with Netanyahu.

But in an abrupt about-face, Gantz accepted an invitation from Netanyahu to form an “national emergency” government to confront what was then a burgeoning coronavirus outbreak. 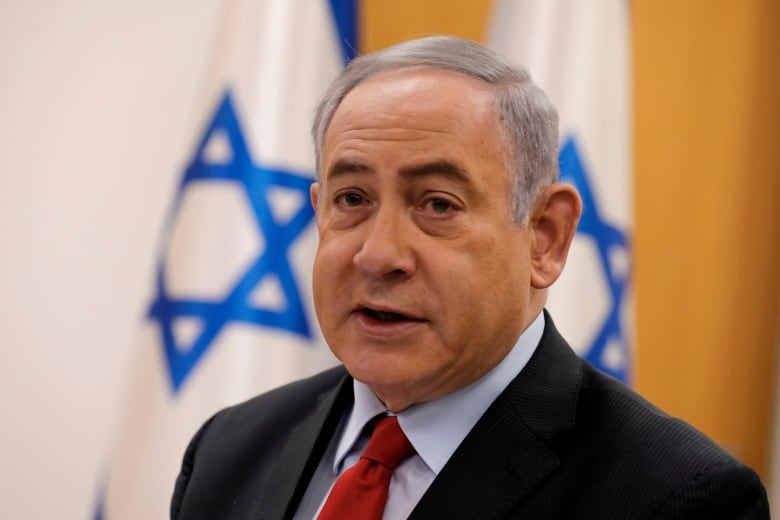 Israeli Prime Minister Benjamin Netayahu is riding a wave of popularity thanks to his handling of the coronavirus crisis. (Menahem Kahana/AFP/Getty Images)

Gantz froze the anti-Netanyahu legislation and accepted the post of parliament speaker as he began talks on a rotation agreement in which both men would serve as prime minister. The turnabout prompted Gantz’s main partner — the secular and middle-class Yesh Atid party — to bolt, causing his Blue and White alliance to disintegrate and leaving it at less than half its original strength.

In the meantime, unity talks with Netanyahu stalled, reportedly over issues that have little to do with the pandemic. Israeli media have reported that Netanyahu insisted on pushing ahead with his plans to annex parts of the Israeli-occupied West Bank and demanded more influence over judicial appointments.

Claiming he was close to a deal, Gantz on Saturday asked Rivlin, who is responsible for choosing a prime minister-designate after elections, for a two-week extension.

But on Sunday, Rivlin rejected the request, citing the “current circumstances.” He said he was giving both Gantz and Netanyahu until the original deadline, at midnight Monday, to reach a deal, and would consider giving them extra time only if both said they were close to agreement.

The looming deadline, along with the coronavirus crisis, has placed Netanyahu in a much stronger position. 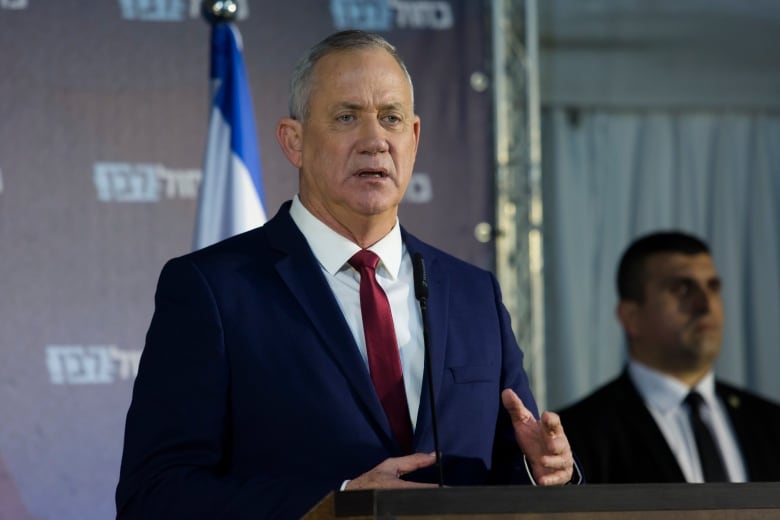 Benny Gantz, leader of the Blue and White party, was tasked with forming a new government, after a narrow majority of lawmakers endorsed him as prime minister in the wake of March 2 elections. (Amir Levy/Getty Images)

Citing restrictions on large gatherings due to health concerns, Netanyahu’s hand-picked justice minister last month all but shuttered the national court system, delaying the prime minister’s corruption trial until May and perhaps longer.

While Gantz now appears desperate for a deal, Netanyahu is riding a wave of popularity thanks to his handling of the coronavirus crisis. Israel has reported nearly 11,000 cases and over 100 dead, but appears to be weathering the crisis better than most countries.

This popularity could give Netanyahu the upper hand in last-minute negotiations with Gantz, or position him well for a future election.

Late Sunday, the two rivals issued a joint statement saying they would not be giving any more media interviews “in an effort to advance negotiations toward forming a national unity government.”

If they fail, a new election isn’t guaranteed. Rivlin said he would first give the Knesset, or parliament, three weeks to endorse another candidate as prime minister.

Netanyahu is likely to use that time to try to lure members from the other side or to reach a deal with a weakened Blue and White. After recruiting a defector from the opposing camp on Sunday, he has the backing of 59 lawmakers, two short of a majority. Gantz might also try to revive the anti-Netanyahu legislation, although it was unclear if he could do so. 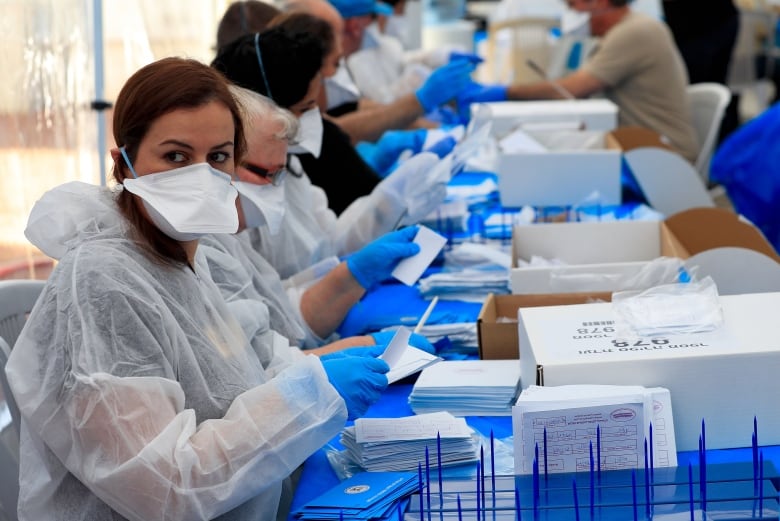 Israeli electoral workers count the ballots cast by Israelis under home quarantine on March 4. The nation appears to be heading toward an unprecedented fourth consecutive election in just over a year. (Emmanuel Dunand/AFP/Getty Images)

Without a coalition deal, the country could be headed to elections — albeit with a much stronger Netanyahu and a much weaker opposition in place.

Yohanan Plesner, president of the Israel Democracy Institute, said elections are still not a sure thing, but the odds are “dramatically increased.”

He said it was possible Netanyahu had tricked Gantz, a former military chief but a political novice, into dismantling the opposition, or perhaps Netanyahu sensed the new circumstances gave him a chance to seek re-election from a position of strength.

“It looks like Netanyahu backed off, or he never intended to go for that deal and it was just a trick in order to erode Gantz’s mandate,” Plesner said.