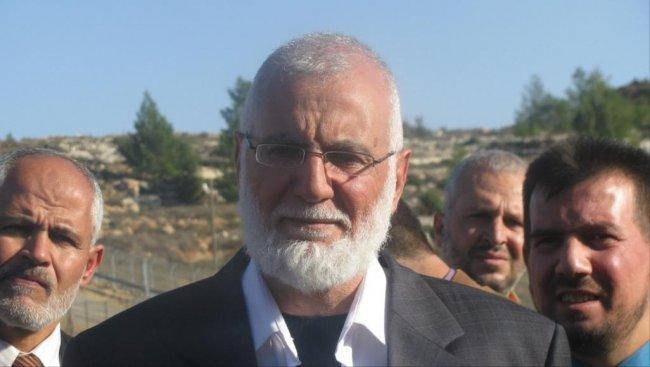 He was detained from his home residence in Ramallah, the de facto administrative centre of the Palestinian Authority (PA).

Abu Tir, 68, is a member of the Hamas movement who was elected to parliament in 2006. Just a month after his election that June, he was arrested by Israeli forces and sentenced to four years in prison.

While he was elected to serve as an MP for annexed East Jerusalem, Israeli authorities revoked his Jerusalem residency in 2010, forcing him to move to the occupied West Bank.

Abu Tir has spent a total of 35 years in Israeli prisons for his political activism against the occupation. He was most recently released from detention in October after being held for six months in administrative detention – imprisonment without trial or charges.

MP Khalida Jarrar, of the leftist Popular Front for the Liberation of Palestine (PFLP) was most recently detained in October 2019.

Since the 2006 PA legislative elections, Israeli forces have arrested at least 50 Palestinian MPs belonging to the PFLP, Hamas, the ruling Fatah party and other political factions, according to official PA news agency Wafa.

Israel considers most Palestinian political activity to amount to terrorism.

According to Addameer, at least 5,000 Palestinians are currently imprisoned by Israel, including 432 held in administrative detention – a contested practice Israel overwhelmingly uses against Palestinian prisoners.

Last month, Palestinian political prisoners held in Israel’s Nafha prison protested over fears that the coronavirus pandemic would spread in detention in the absence of Israeli Prison Service (IPS) health measures to protect them from the pandemic.

A number of Palestinians have been confirmed to have contracted the Covid-19 virus in detention.