Just When They’re Needed Most, Clinics for the Poor Face Drastic Cutbacks 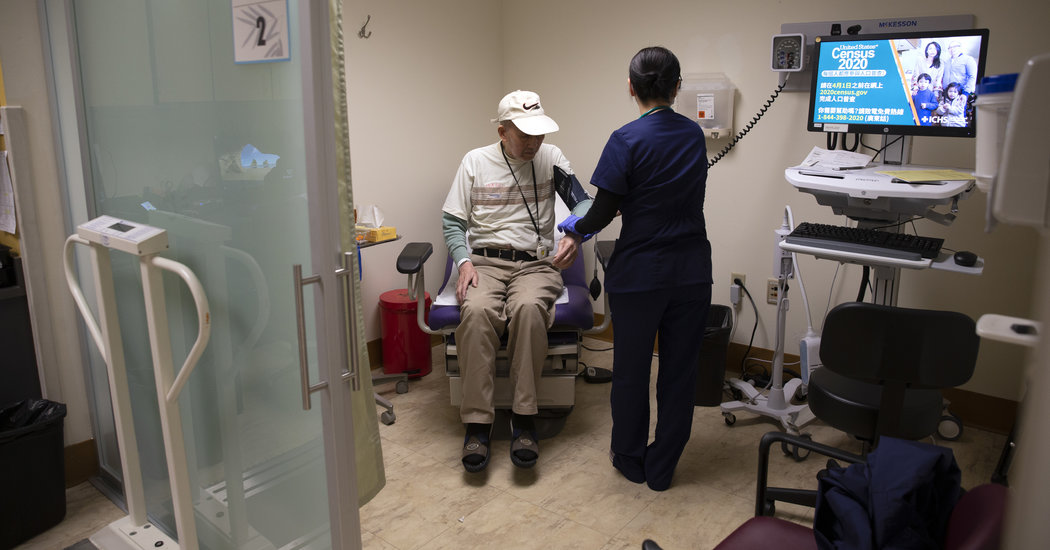 SEATTLE — Providers of health care in the nation’s poorest neighborhoods are used to toiling below the radar, treating chronic diseases and other ravages of poverty in places many Americans never see.

But the spillover effects of the coronavirus, in cutting off routine procedures and checkups that are the day-to-day rhythm of medical economics, are hitting this sector hard too, with layoffs, furloughs and fears that a system of government-supported clinics dating back to the War on Poverty could collapse.

“Our first official day of unemployment was the 23rd,” said Tracy Baker, 39, a dental auxiliary worker at a nonprofit medical clinic in a rural area of northeast Washington State where the jobless rate was already more than double the national average even before the recent blows to the economy. Her husband, Josh, 41, a machinist, lost his own job a week after she did.

Ms. Baker’s employer, New Health Community Health Center, has laid off more than a third of its work force — 60 out of 175 — over the last two weeks, as revenues plummeted from fewer paid patient visits. “It’s heartbreaking for us,” said Desiree Sweeney, the executive director of New Health. “They’re good people.”

The nation’s latticework of nonprofit community health centers was first established in the 1960s and now stretches across every state to provide about 29 million people with primary care, regardless of their ability to pay. Almost a quarter of the centers’ patients are uninsured, and almost 70 percent live in poverty. The centers are a crucial link in a fragmented American health care system that too often fails to reach into poor neighborhoods.

Recent years have been pretty good for these places. When most states expanded Medicaid under the Affordable Care Act to cover many previously uninsured low-income adults, many community health centers saw their revenues improve, sometimes dramatically. But now, the centers are being battered by ferocious crosswinds as routine medical care — including dental work, a primary source of revenue — has been put on hold to conserve resources and keep the coronavirus from spreading.

At the same time, doctors and administrators in clinics from Massachusetts, Kentucky, Idaho, Iowa and Washington State said they are being put in a new role: working with hospitals to screen people for the virus, while bracing for a surge in patients if those hospitals become overwhelmed and people have nowhere else to go. Plus preparing for a time of greater economic pain in their already struggling patient populations.

“We are expecting there will be more people seeking our services at the same time we’re not able to keep all our staff on hand,” said Chuck Jones, the chief executive at Harbor Health Services, which runs six community health centers from Boston to Cape Cod.

Mr. Jones was forced to furlough 160 people over the last few weeks — a quarter of the work force. In consolidating care and staff, he also had to shut down in-person appointments at the nation’s first community health center, called Geiger Gibson, which opened in 1965 in the basement of a public-housing project in Boston’s Dorchester neighborhood.

“It is nonsensical that in the biggest health care crisis our country has ever faced, organizations like ours are being forced to furlough people we will need,” Mr. Jones said. He said he fears for his patients, a group of Americans who, in isolation or poverty, “quietly pass off our radar.”

“I worry a lot,” he added, “that if community health centers go away, we won’t as a society hear the struggles of these people.”

Community health centers are expecting a boost from the $2 trillion stimulus package recently passed by Congress and signed by President Trump; they will share $1.3 billion. But spread across 1,362 of the centers, the money will only keep the system afloat for about 37 days from the start of the first payments, according to estimates by the National Association of Community Health Centers.

Finding a meaningful role in the crisis is the challenge that consumes people like Bill Wagner, the longtime executive director of Family Health Centers, which has eight sites serving 42,000 patients in and around Louisville, Ky. His organization’s revenue dropped by 30 percent in March, after Gov. Andy Beshear signed an executive order requiring that all non-urgent care be put on hold; he expects an even bigger loss this month.

“What is the role of a community health center during a pandemic?” Mr. Wagner said. “The roles of the hospital I.C.U.s and E.R.s and the public health departments are clear. But we’re kind of in the middle here.”

Family Health Centers is trying to ramp up telemedicine visits — using both phone and video — to help patients keep common ailments like diabetes, high blood pressure, asthma and depression in check. The organization spent a portion of the $100,000 it received from the first round of stimulus spending on 40 new tablets for providers to conduct video visits. But while Medicaid now pays for such visits, they can be difficult for low-income patients who often “don’t have the minutes on their phone, don’t have the data plan,” Mr. Wagner said.

For now, Mr. Wagner’s clinics are devoting afternoons to screening patients who might be infected with the coronavirus; they wait in the parking lot until an exam room is free. They have tested more than 100 patients to date, including 14 who were positive for the virus.

Mr. Wagner said he is particularly concerned about educating patients who are homeless or refugees about the virus; Family Health Centers has a site dedicated to each of these populations.

In Ottumwa, Iowa, Dr. Ken Jones, the dental director for River Hills Community Health Center, said he feels that the need for clinics in his service area will only grow as the epidemic and its harsh economic impact both unfold at the same time.

“In southeast Iowa we serve eight counties, the poverty belt, so we already have a high number of uninsured patients,” Dr. Jones said. Widespread layoffs will only increase the ranks of the uninsured, he said. “I think the role of the community health centers is just going to be that much more important.”

One dentist on Dr. Jones’s staff, Jessica Williams, who is now performing only urgent care dental work, said the already high infection risk in her job has been compounded by the unknowns of the coronavirus’s spread and the staff reductions on the dental team. “I have to put that fear aside,” Dr. Williams wrote in an email, describing two patients who came in recently with bad infections and dire pain.

“When I took out their abscessed, crumbling teeth, scooped out the pus and infected tissue, and said ‘It’s out,’ they sighed, thanked God, and thanked me profusely. In that order. It’s just a reminder that those patients appreciate us, see the value in our work, our sacrifice. Reminds me of the job I signed up for and why.”

In Whatcom, County, Wash., which is served by Sea Mar Community Health Centers, based in Seattle, 10,696 people have filed for unemployment over the last two weeks, in a county with about 229,000 people.

Hard times, said Dr. Christine Hancock, a family practitioner at Sea Mar, will lead more economically struggling or uninsured patients to Sea Mar’s doors. “Patients basically don’t have anywhere to go except for a few community health centers in the county,” she said. “It’s just kind of the reality.”

Kirk Johnson reported from Seattle, and Abby Goodnough from Washington.