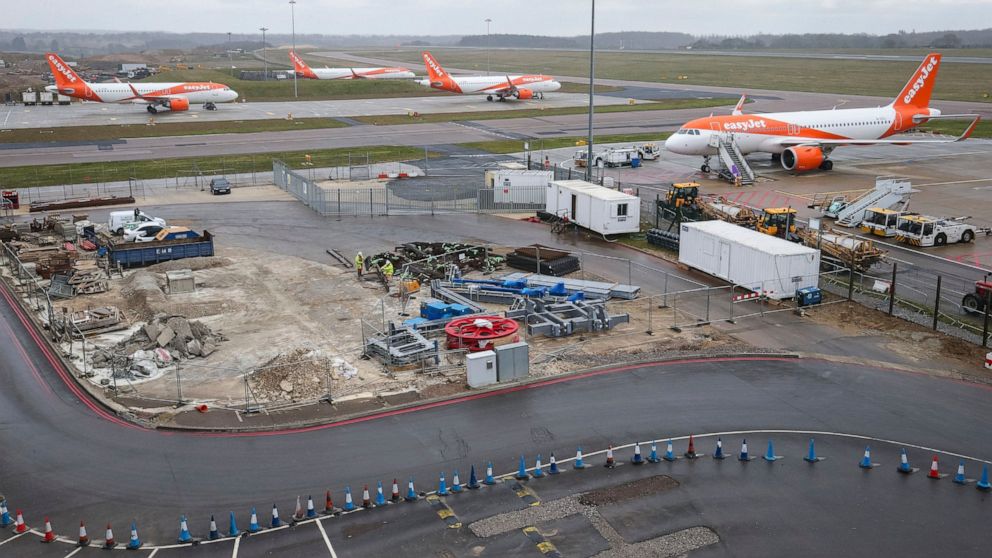 Central banks and governments continue to buy time, flooding their economies with trillions in aid

CENTRAL BANKS AND GOVERNMENT: Japanese Prime Minister Shinzo Abe is preparing to announce a 108 trillion yen ($1 trillion) economic package to help the country weather the coronavirus crisis. Abe said Monday he plans to disclose details of the package as early as Tuesday.

Japan, the world’s third-biggest economy, was already in a contraction late last year before the virus outbreak walloped business and travel. The government has been slow to roll out containment measures, on a piecemeal basis, and only recently announced it would postpone the Tokyo 2020 Olympics by one year. But a surge in infections has led Abe and other leaders to seek more stringent methods to contain the pandemic. Abe is expected to announce a state of emergency on Tuesday, at least for the hardest-hit big cities, such as Tokyo.

Japan’s package amounts to about one-fifth of its economy and includes 6 trillion yen ($55 billion) in cash benefits, loans to help protect jobs and extensions of deadlines for taxes and social benefit payments.

Prime Minister Viktor Orban said Monday that the measures would reallocate some 18% to 20% of Hungary’s state budget, or as much as around $32 billion, while raising the budget deficit from 1% of GDP to 2.7%.

Orban said the state will help pay some wages in the private sector and spend about $1.33 billion to support investments targeting job creation.

Opposition parties called for extending unemployment benefits and for immediate extra payments to pensioners and workers in the health sector.

Hungary has registered 744 coronavirus cases, with 38 deaths linked to COVID-19.

AIRLINES: The founder and top shareholder of European carrier easyJet says the company has enough money only to get through August at best and wants to cancel a 4.5 billion-pound ($5.5 billion) contract with planemaker Airbus for what he calls 107 “useless aircraft.”

Stelios Haji-Ioannou says that terminating the contract is the only way for shareholders to retain any value in their holdings in the company. EasyJet, which flies predominantly in Europe, has grounded all 344 planes and like other airlines is struggling mightily with the global lockdowns on business and travel.

European companies are expected to get financial support from the government, though unlike the U.S. there has not been a coordinated regional plan to bail out airlines or planemakers.

In the U.S., Delta Air Lines, American Airlines, United Airlines and JetBlue applied for a share of the $25 billion in federal grants designed to cover airline payrolls for the next six months. None disclosed the amount they are seeking. The grant money was part of the $2 trillion relief bill approved last week. Delta’s CEO says his airline is burning more than $60 million in cash per day, and United’s president puts it at $100 million a day.

SUPPLIES: Apple plans to ship over a million face shields to health care workers by the end of the week and continue to send that amount each week after that, CEO Tim Cook said in a video posted on Twitter.

The company has also sourced more than 20 million face masks through its supply chain. Apple hopes to quickly expand distribution beyond the U.S., Cook said.

Hilton and American Express are donating 1 million U.S. hotel rooms to medical workers who need to sleep, relax or isolate from their families. The program, which begins next week and runs through the end of May, will provide free rooms to doctors, nurses, paramedics and others, the companies said Monday. American Express and Hilton are paying for the rooms, which are being provided at or below cost by Hilton franchisees. Hilton will offer the rooms through 10 professional organizations, including the American Hospital Association and the National Association of Emergency Medical Technicians.

MARKETS: World shares climbed Monday as investors gleaned hope from signs that the battle against the coronavirus pandemic may be making some progress in some hard-hit areas.

Energy markets have recovered somewhat on expectations that Saudi Arabia and Russia might tone down a price war launched at a time when the world is awash in oil as demand collapses. Reports that a meeting planned for Monday has been pushed back to Thursday cast a shadow over Monday trading.