Number of workers at B.C.'s Site C dam project rises, as some call for shutdown over COVID-19

Construction will continue on some portions of the Site C hydroelectric dam jobsite in northern B.C. during the COVID-19 pandemic, as the province has deemed the work an essential service. (Site C Clean Energy Project)

While on-site activity has shut down for all but “essential” workplaces across the country, construction continues at the Site C hydroelectric dam project in northern British Columbia, where nearly 1,000 workers are at camp, including hundreds who were flown in over the past couple of weeks.

This despite the fact that 10 people at the site are in self-isolation for symptoms of COVID-19, and there is no publicly available information about how many workers are being tested or how physical-distancing rules can be critically observed in a worksite setting.

This has made people in the nearby community of Fort St. John nervous.

“We don’t have the capacity if something were to go wrong,” Fort St. John councillor Trevor Bolin told CBC News.

Bolin said the town of 20,000 only has seven ventilators on hand, and he’s among those that fear the town’s health services would be overrun by an outbreak at the nearby camp.

“How can this be mitigated to ensure everybody’s safety and health, not only at the camp, but in the community as well, because we are so closely connected?”

A petition circulating online is calling on B.C. Premier John Horgan and provincial health officer Dr. Bonnie Henry to suspend work at Site C and all remote-camp mega-projects in B.C., in part because of the concern that they “could easily overwhelm the local health-care system.” 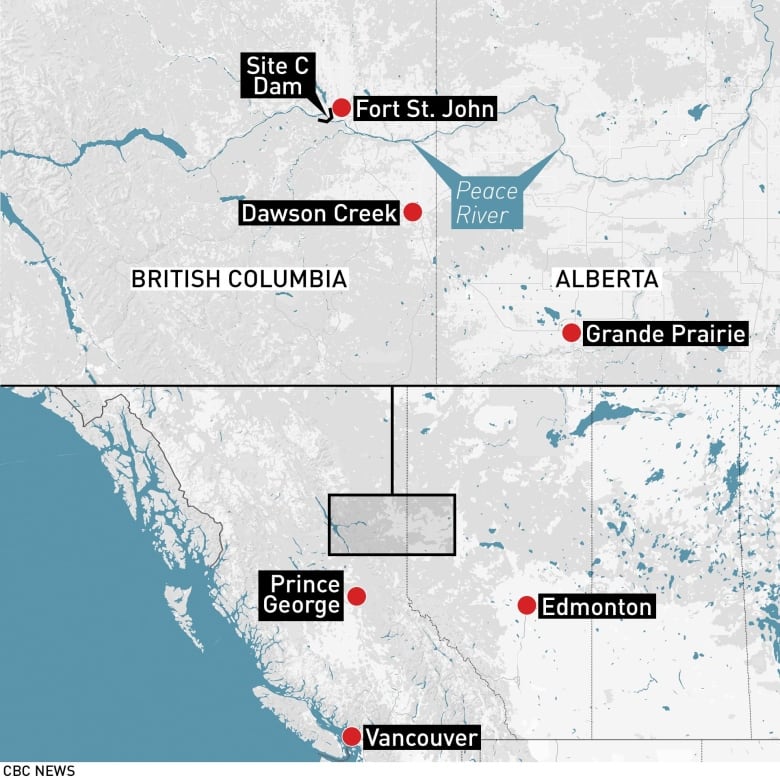 The 979 workers at the Site C camp include several hundred that have been flown in over the past couple of weeks, some of whom came from outside the country.

BC Hydro, which owns the dam project, said all workers arriving from other countries must adhere to self-isolation guidelines before coming to the camp, and that pre-screening and temperature scans are now being used to determine who may access the site.

The nearly thousand workers is an increase from the 819 who were there as recently as March 30. BC Hydro said the overall number is still significantly less than the number of workers it would typically have on site at this time of year.

The province of B.C. has deemed the ongoing construction of the dam an essential service. Henry has defended the continued construction at industrial sites, saying last week, “I think it’s important to recognize you can’t just abandon a large mine or a large industrial site. That’s not safe … for the local communities or the environment.”

‘It is not an emergency service’

Henry added that the regional health authority, Northern Health, has been active working with the industrial camps to make sure they’re scaling back in order to put required measures in place to reduce the risk of people at the camp and in nearby communities.

The last few weeks have revealed a discrepancy between various provincial measures when it comes to construction sites. 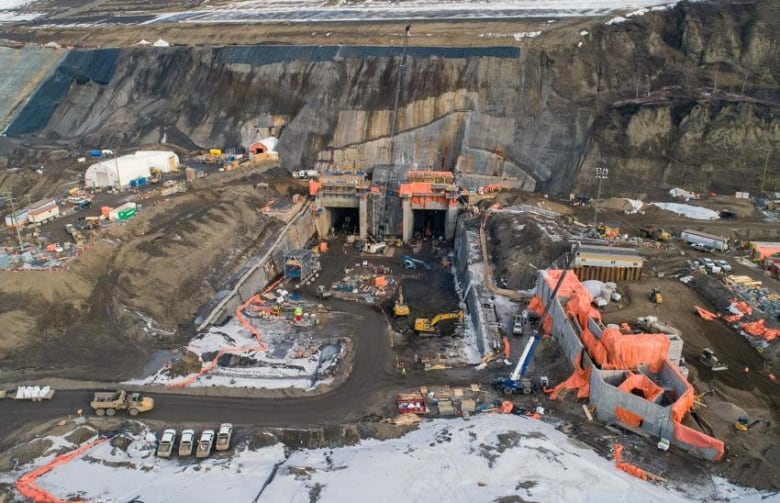 BC Hydro said that coronavirus testing is taking place on-site and that they have ‘not been notified of any confirmed cases of COVID-19 at Site C.’ (Site C Clean Energy Project)

Last Friday, the province of Ontario deemed the only industrial construction allowed to continue is “critical” work such as petrochemical plants and refineries, as well as the production of personal protective equipment and “products directly related to combating the COVID-19 pandemic.”

“It is not an emergency service. It is not a front-line service,” said Stewart. “I personally would like the province to come in, shut it down and send everybody home.”

As a precaution, BC Hydro said that coronavirus testing is taking place at their on-site health clinic and that they have “not been notified of any confirmed cases of COVID-19 at Site C.”

David Conway, a BC Hydro community relations manager for Site C, told CBC News that physical distancing is in effect on the jobsite. “My understanding is each one of our prime contractors is applying that to the specific work that’s being done.”

Conway says employees should stop work and report it if they feel the workplace is unsafe.  0:54

But the idea of physical distancing on the job has been challenged by some former site employees who spoke to CBC News. (CBC agreed to conceal their identities because they fear speaking out could cost them future work.)

One former Site C contractor said skilled labour is “impossible to do” on your own. He added that much of the work is “usually unsafe” if it isn’t performed in teams or groups.

An ironworker who was last at Site C in mid-March told CBC News that when he was there, some crews were still “working side by side with each other.”

‘Not maintaining that six-feet rule’

CBC News reached out to one of the major contractors at Site C, Peace River Hydro Partners (PRHP), about whether physical distancing is taking place on the jobsite.

PRHP Communications Manager Jamie Bodnarchuk responded that the contractor “has adjusted work scopes according to BC Hydro’s directives.”

When asked whether work can be safely done if crews are kept at a distance from each other, Bodnarchuk wrote, “The safety of our workers is our number one priority … we have also adjusted some of our work scopes and construction tasks to accommodate new and evolving safety guidelines.”

Conway said that if workers feel unsafe, they should stop working and report it. “We would encourage people, if they feel the situation is unsafe … speak out. And we would encourage them to come directly to us.”

It’s not only the proximity of people working together, but also socializing, that has some concerned.

The ironworker who did not want to be named said that when he was there three weeks ago, about 200 people ate together in a dining hall.

“They tried to limit seating on the tables to three people. But the tables, they’re so small that you can’t do that. No matter where you go, you’re not maintaining that six-feet rule.”

BC Hydro said that the number of chairs in the dining room has been reduced and the spacing between the tables has increased so physical distancing can be observed. But they do concede there might be more than 50 people in the dining room at a time. 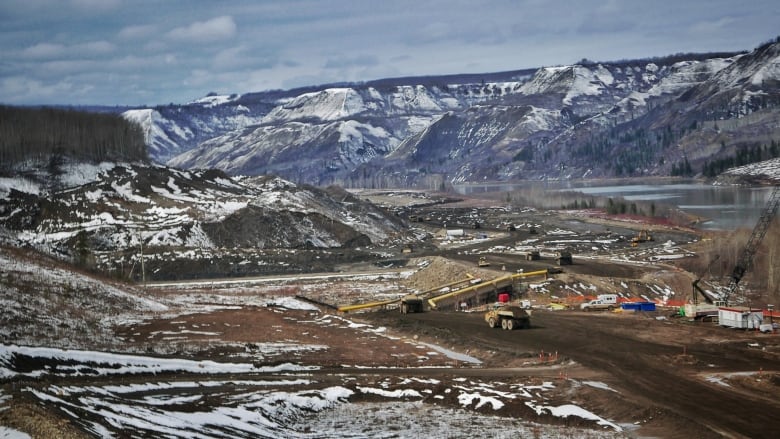 David Conway, a spokesperson for BC Hydro, said that if workers at Site C feel unsafe, they should stop working and report it. (Christer Waara/CBC)

B.C. health officials have banned gatherings of over 50 people in the province. People who ignore public health orders can now be jailed or fined upward of $25,000 and businesses have been ordered to close if they cannot operate under physical-distancing rules.

Those that have lived at Site C, like the ironworker, are worried about what could happen if there’s a confirmed case. He says when people get sick at camps like Site C, it can spread like “wildfire.”

“I think it’s crazy,” he said, adding that he believes they’re “putting their men at risk up there.”