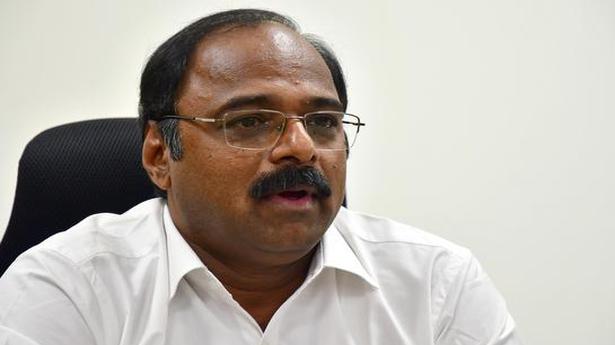 The district administration is thinking of strict enforcement of lockdown period up to April 14 in the wake of increased positive cases for COVID-19 in the State. The total number of cases in Tirupattur district stands at 16 as on Friday whereas in Ambur it was 13.

They were admitted to Intensive Corona Care Unit at Government Vellore Medical College Hospital at Adukkamparai.

After a meeting with officials from government agencies and representatives of trading communities in Ambur, District Collector M.P.,Sivanarul said stringent enforcement of rules would be followed to prevent people from venturing out of their homes. Already, the vegetables and groceries are being supplied and arrangements are on supply medicines too at their doorsteps, he said.

He announced that people can clarify their doubts and seek counselling help with psychology experts by dialling 76676 89852.

He said that more than 7,000 workers are deployed in the preventive action taken up in various parts of the district and 173 family members of the positive cases and 990 persons who had previous travel history to other countries/States were home quarantined. They were under constant observation by Health Department staff, he said.

Superintendent of Police P. Vijaya Kumar said that it was imperative to keep oneself quarantined at home during this lockdown and sought the cooperation of people.