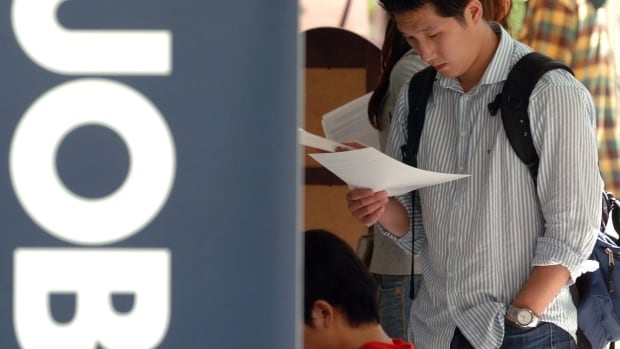 Ottawa is picking up 100 per cent of the cost of hiring a student for the summer amid the COVID-19 crisis that has obliterated the hiring market for young people. (Seokyong Lee/Bloomberg News)

The federal government is beefing up a program to encourage businesses to hire students for summer work by promising to cover 100 per cent of the costs.

The Canada Summer Jobs Program is a previously existing program that under normal circumstances will subsidize employers to hire students by paying up to half of whatever the local minimum wage is toward the worker’s salary.

But amid the unprecedented job loss caused by COVID-19, Prime Minister Justin Trudeau announced that Ottawa is beefing up the program for this year to help students find paid work in the toughest job market they’ve ever seen.

“They’re new to the workforce, so they don’t have a lot of money set aside for this kind of situation. At the same time, they need work experience to secure their next job and money to cover their living expenses and help with tuition for the rest of the year.”

Prime Minister Justin Trudeau says the government will cover 100 per cent of the wages paid by employers and allow students to work part-time through the Canada Summer Jobs Program. 1:45

The goal is to create up to 70,000 jobs for young people. Ottawa estimates the cost of the program will come in at around $263 million.

Technically the application period for the program closed at the end of February, but Ottawa says it will work with local organizations that provide essential services but didn’t apply for the program, to see if they can be included.

Approved jobs could be on the books as early as next month, and the qualification period has also been extended to include positions that exist into next February because, as Trudeau put it, “We know that some jobs will start later than usual because many businesses have had to scale back their operations.”

Ottawa has already unfurled billions in aid packages for companies and employees, but very little for people like students who were out of work before this pandemic hit.

The move also comes a day before Statistics Canada is set to reveal numbers on Thursday that should offer the first official glimpse of just how many jobs were lost last month. Economists polled by Bloomberg expect the report will likely show the economy lost half a million jobs last month, a figure which would wipe out almost two years’ worth of job gains in a single month.

“It’s going to be a hard day for the country,” Trudeau said of his expectations for the job number.