‘Overnight all my paying work disappeared’ 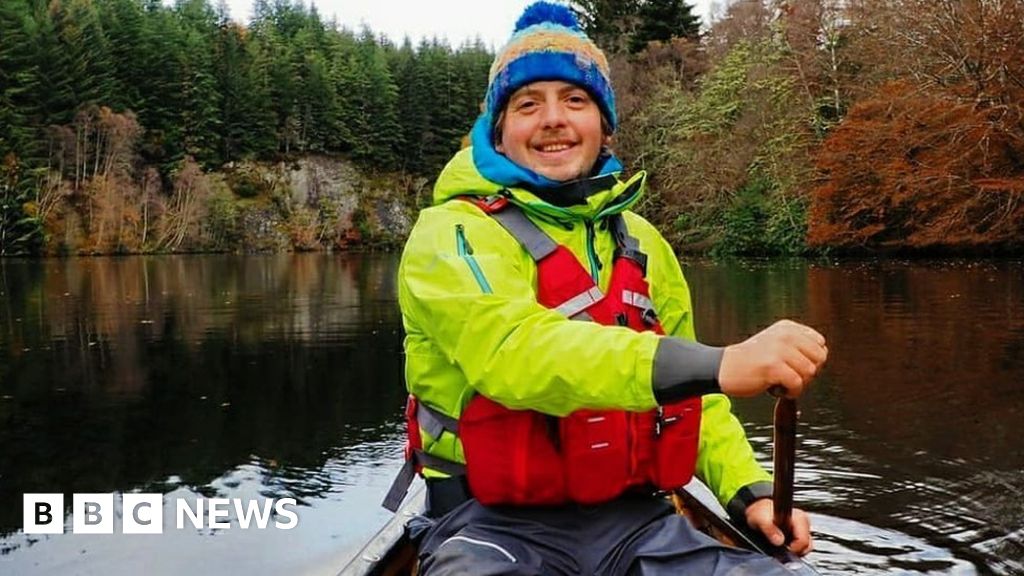 People who make their living from outdoors pursuits have told of the dramatic effect coronavirus has had on their businesses.

The lockdown saw the “tap being turned off completely” on bookings.

Climbing instructor Alan Halewood said months-worth of upcoming work for him was also in doubt.

Beauly-based Zoe, who has been coaching since 2013 and running her own business for five years, travelled UK-wide for her work.

Her work started to drop off in the early days of the virus outbreak in the UK.

She said: “With the introduction of travel restrictions, and then social distancing measures were put into place, the only thing to do was to cancel or postpone all courses for the foreseeable future.

“When the announcement came that we were to avoid non-essential travel, it almost came as a relief – but one that resulted in a very empty diary. Overnight, all my paying work disappeared at the time of year when I’d be expecting bookings to be picking up.”

Zoe came up with alternative ways of earning a little money such as offering personal training via video calling, but she said: “Every other trainer did the same thing, so the market is suddenly flooded with fitness coaches.”

She said the government self-employed assistance scheme would help “a little” but, because her profits have been consistently low, it would not be enough to cover mortgage and other bills. She is also not eligible for benefits as her partner is still working.

Zoe is going to work part-time as a temporary supermarket delivery driver to help make ends meet, and to help supply other people with food.

She said: “I’m trying very hard not to think about the future. The scale of what lies ahead just feels too large.

“I worry that the market for outdoor sports won’t return for a while, as people struggle with lack of money once the crisis is eventually over.

“I worry that we will be restricted in our travel for some time to come, meaning that some of my work will be impossible to undertake.

“This crisis certainly brings home the fragility of our industry, and the lack of security inherent in it. We spend many thousands of hours and pounds on training, but rarely make much money from it.”

Lochaber-based Matt Haydock’s paddle sports business Rapid Development had a full work diary through to the middle of 2021 before the coronavirus outbreak.

More stringent measures soon followed, and Matt said: “My Google Calendar emptied itself, and I was looking at no possible income stream, almost immediately.

“Coming to terms with this was pretty daunting to say the least, particularly before the government announced any form of support package.”

Matt holds on to a hope the industry can bounce back, but he said: “Alongside the fears we all share of losing loved ones, catching the virus, and this lasting six months or more, I am deeply fearful for the outdoor industry when we exit this crisis.

“For most in the outdoors, many have just come out the other side of a harsh winter with little work, ready to make money to cover themselves as the main season commences.”

‘Work has come to a crashing halt’

Climbing instructor and guide Alan has been working for himself under his business Climb When You’re Ready and as a freelance for others for 11 years.

His work includes providing training and assessments at Glenmore Lodge, the Scottish National Outdoor Training Centre in the Cairngorms.

“My first day’s work cancelled was 16 March. All work for the immediate future went on hold overnight,” he said.

“I should have had 13 days of work since then and I’ve cancelled 44 more days up to the end of May.

“Beyond that I’ve another 50 days beyond that that are all threatened. I’m also usually busy filling my diary up to six months ahead at this point but all new enquiries have disappeared and ongoing discussions on dates with existing clients are on hold indefinitely.

“Work has come to a crashing halt and income has dried up overnight.”

He said those in the outdoor industry were trying to find alternative employment, and also offer help to their communities.

“Outdoors professionals are all first aiders, are often good at problem solving and quite resilient,” he said.

“I know some have taken jobs in supermarkets and others are volunteering with the NHS and other bodies. We aren’t used to being inactive.”

Outdoor writer and photographer Chris Townsend said he was “very concerned” for instructors and guides.

He said: “No-one works in the outdoors field to make money – we do it because we love it – so people don’t have reserves to fall back on.

“It can take years to build a reputation and a business that just about provides a living.

“Doing this again will be very difficult.”