PM remains in intensive care but is 'responding to treatment' 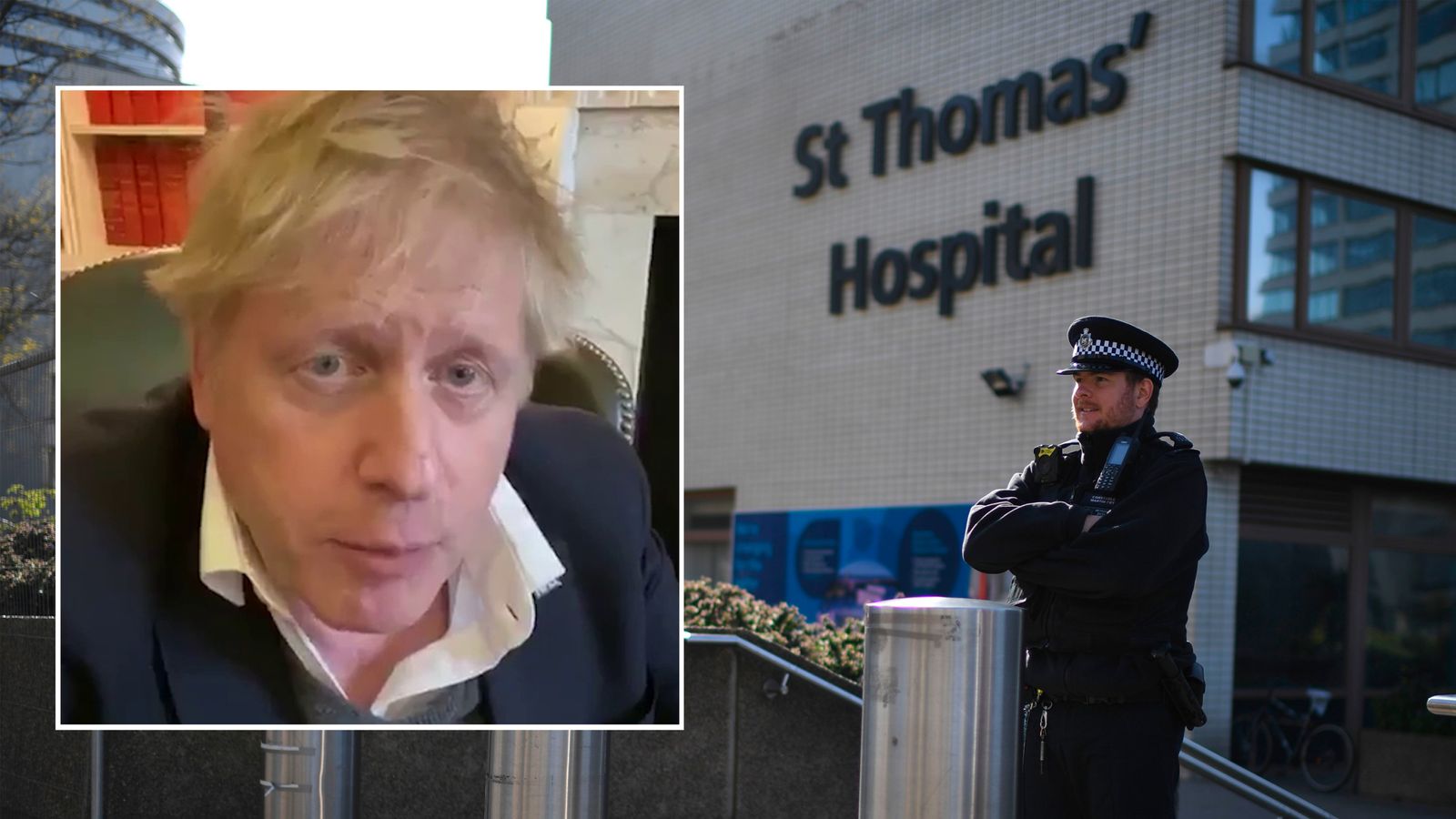 The prime minister remains in intensive care but is responding to treatment, Downing Street has said.

Boris Johnson remains in “good spirits” after spending his third night in hospital, his spokesman said.

The PM was admitted to St Thomas’ in London on Sunday night for tests after continuing to display symptoms of COVID-19, the disease caused by the coronavirus.

He was subsequently moved to intensive care on Monday night after his condition worsened.

Downing Street said Mr Johnson is no longer working while following the advice of doctors.

He is receiving just the “standard oxygen treatment” and is “breathing without any other assistance”, his spokesman said.

Foreign Secretary Dominic Raab, who has been asked to step in for the PM where necessary, once again chaired the government’s daily coronavirus meeting on Wednesday morning.

Asked if anyone has been in contact with Mr Johnson, the spokesman responded: “The PM is not working, he’s in intensive care, he has the ability to contact those that he needs to, he’s following the advice of his doctors at all times.”

He added that Number 10 was “hugely grateful” for the messages of support that have been sent to the PM since his hospital admission.