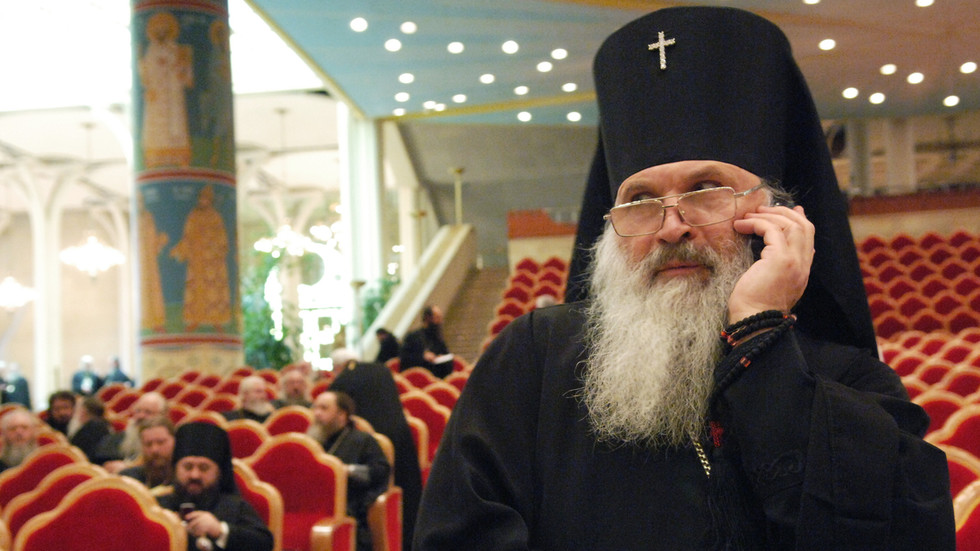 A novel way to administer some traditional sacraments, including confession, has been adopted by the Russian Orthodox Church as the country takes increasingly restrictive social distancing measures to combat coronavirus.

Strict home isolation rules adopted by authorities in most Russian regions have posed a challenge for Christians wanting to continue with their spiritual lives while the pandemic rages. With more 3,500 people infected nationwide, the Church’s Patriarch, Kirill, has asked worshippers to stay away from chapels for the moment.

Also on rt.com God’s Will: Orthodox Church tells worshipers to stay at home as Russian Covid-19 infections rise to 1,836

Instead, the Church has promptly come to the aid of its flock and offered them some rather unorthodox ways of participating in traditional sacraments. Most recently, Metropolitan Hilarion, the head of the Synodic Department for External Church Relations, told the faithful that they can use modern technology.

“I believe that, in some extraordinary situation, one can confess by phone or by Skype,” he said, adding that a worshipper has to make an arrangement with a priest first.

Russia will celebrate Easter in about two weeks and Metropolitan Hilarion once again assured believers that they would not sin by missing the services.“You would not betray Christ if you do not visit a church but you would betray Christ if someone falls ill because of you,” he said. He also added that the Russian Orthodox Church broadcasts more of its services online now to provide believers access to them from home.

Also on rt.com Keeping the faith: How religions are coping with coronavirus

Russia is far from being the only nation where believers face various difficulties because of lockdowns and restrictions imposed to stem the spread of the dreaded disease that has already infected one million people around the world.

In late March, Pope Francis called on Catholics to forgo the practice of confessing to priests altogether if they find themselves unable to because of quarantine. “If you cannot find a priest to confess to, speak directly with God, your father, and tell him the truth,” he said, urging people to stay home.

Some theologians in the US and Europe suggested confessing by phone, Skype or even emoji as an option to continue one’s spiritual life in times of the pandemic, but there were no official recommendations from the highest church authorities. Priests in the US also resorted to leading masses on Facebook and even offered “drive-thru confessions.”

Worshippers there can now recant their sins while sitting in their cars in a church parking lot while a priest talks to them by phone sitting several meters away.