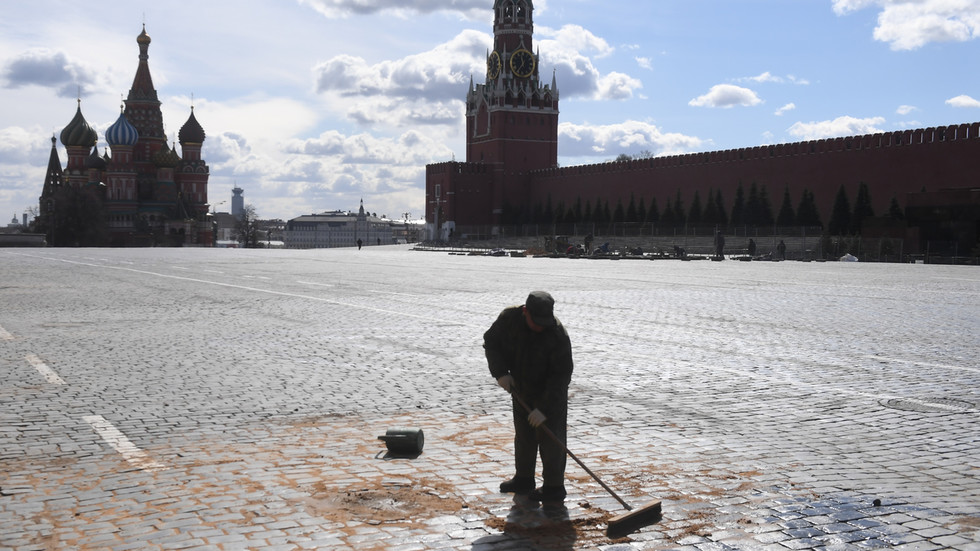 Compared to other large European countries, it seems Russia has so far been spared the worst effects of the pandemic sweeping the world. The figure of 94 reported deaths is small compared to Italy’s 18,279 or France’s 12,210.

“More is coming. And when they say ‘the peak has come,’ I can tell you for sure: no peak has arrived yet,” he told news agency RIA Novosti. “We are at the foot of this peak, not even in the middle. You just need to realize that we are facing serious trials.”

On Friday morning, it was announced that Russia now has 11,917 known coronavirus infections, with 7,822 of them recorded in Moscow. The capital, Europe’s largest city, also accounts for 50 of the 94 deaths nationally.

Sobyanin spoke about Muscovites who traveled to Western Europe in early March. He was especially annoyed about this, given the measures taken in January to prevent an outbreak after Covid-19 hit China hard. “The long holidays were before March 8, and we said there was no need to fly to Europe, no need to fly to Courchevel [a luxury French ski resort beloved of wealthy Russians] because you can get infected and bring infection from there,” he explained. “You know, it was perceived as a mockery of some kind: ‘Oh really? It’s impossible!’ And then [some of] these citizens who flew in from Courchevel were surprised to find themselves in the hospital with severe pneumonia after a few days.”

Most of the country has imposed a strict partial lockdown – the severity of which differs by region, as does the application of the rules. Moscow itself only allows residents to walk pets within 100 meters of home and to visit essential premises like supermarkets and pharmacies. In southern Krasnodar, roadblocks have been set up inside the city to prevent non-essential travel. Sobyanin says the measures are having an impact.

“We are already seeing statistics. For example, up to a million people usually come to the parks on weekends [in Moscow] … now we see only 50,000 people in the parks,” he added. “The number of people traveling by metro decreased by 80%, the movement of cars on the roads has almost halved… Muscovites have become self-disciplined.”

Sobyanin believes his strict measures are necessary to prevent medical services from being over-run. “The most important thing that we saw [in some other countries] is the catastrophic situation with healthcare. Just disastrous [and] we need to avoid that,” he told RIA. “Thank God that we got this problem [two to four] weeks later than what’s happening there [in Western Europe]. We have had this time lag so that we are better prepared for the blow when it does come.”

Moscow’s high infection rate has led some to dub it the “Russian Wuhan.” Under the sensationalist headline “Hatred of the nation: residents of the regions demand that the coronavirus Muscovites go home,” tabloid MK reported on Friday that some locals in other cities are seeking to be closed off from the capital. “Moscow is an obvious hotbed and breeding ground for the disease … They flee like rats from a ship and spread the infection throughout Russia,” one comment read. Mandatory self-isolation for people arriving from Moscow has been introduced in the Sakhalin, Krasnoyarsk, Irkutsk, Tomsk and Novosibirsk regions.

Alexander Osipov, acting governor of Transbaikal – which has a land border with China – pointed out that three people with symptoms of the disease have been recorded in his territory, and all of them arrived from Moscow. “Please note this is Transbaikal. China is much closer than Moscow. But the infection came from the capital,” he said on TV. The local capital, Chita, is 7,600km from Moscow.

MK, which is Russia’s best-selling newspaper, added that many in the provinces might be getting a certain amount of satisfaction from directing scorn at “bullying metropolitans… after decades of humiliation.”