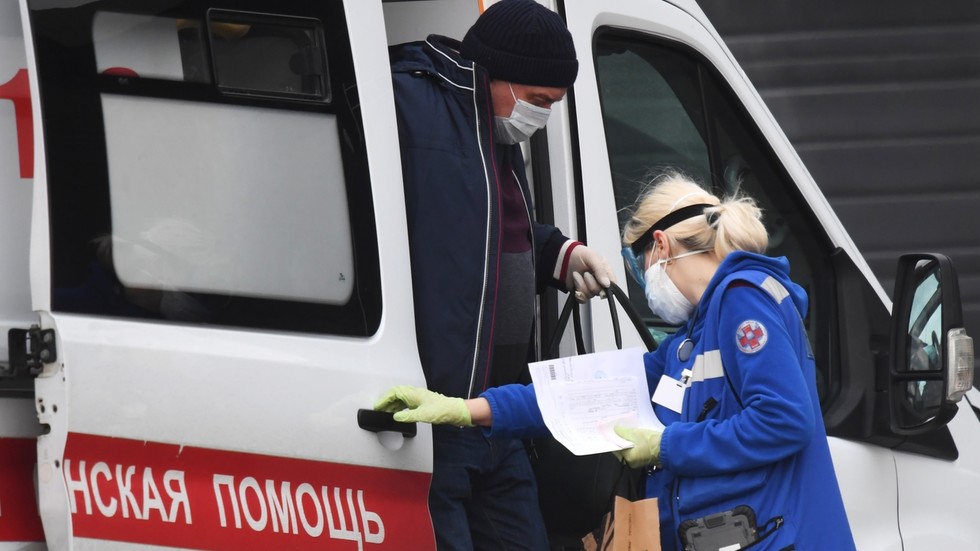 The number of confirmed Covid-19 cases has broken the 10,000 barrier in Russia, with 1,459 more people testing positive in the past 24 hours, the national disease response team revealed on Thursday morning.

Officials reported that 13 more patients have died, bringing the nationwide death toll from the disease to 76. The tally of reported Covid-19 cases now stands at 10,131.

Worryingly, the curve is sharply upward. 1,175 fresh infections were recorded the previous day and 954 on Tuesday.

Of the new cases, 1,056 are in Moscow and its surrounding region, where there have been ten more deaths. Russia’s second-largest city Saint Petersburg reported 44 new infections, with two deceased. The other fatality was in Perm.

A cluster seems to be developing in the remote northern Komi Republic, which announced 31 new instances, bringing its total to 150. Three people have already died in the region which is bigger than Germany, with only 900,000 residents. Meanwhile Bryansk, near the Ukrainian border, registered 40 fresh infections on Thursday, where it previously only reported 57 in all.

In Moscow city, exactly half of the new instances were in people under 45 years of age, with 35% aged between 46-65 and the elderly accounting for 15%. These numbers are similar to Germany and suggest the testing regime is operating efficiently.

The news comes as consumer watchdog  Rospotrebnadzor revealed more than a million tests for Covid-19 have been carried out in Russia. Around 171,000 people are currently under medical supervision.

Also on rt.com Doctors & nurses on frontline in battle against Covid-19, says Putin as he gives them pay rise & same health benefits as military

President Vladimir Putin previously extended the nationwide paid holiday to April 30 in an effort to incentivize Russians to stay indoors. However, it does not apply to essential workers and those who can perform their tasks from home. Many of Russia’s regions, including Moscow, have enacted strict self-isolation regimes, with shopping malls, restaurants, bars, movie theaters and gyms remaining closed.

Facebook
Twitter
Pinterest
WhatsApp
Previous articleRe: What going home and staying there means for the Palestinians
Next articleCanadians with disabilities left with few alternatives amid COVID-19 shutdowns