Short selling may signal trouble for new US listings 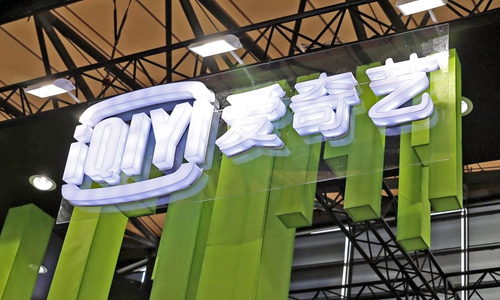 Short-selling of the shares of Chinese companies listed in the US could mean trouble for Chinese enterprises seeking overseas funding and lower valuations if they seek IPOs in the US market, financial experts warned on Wednesday.

The comments came after global financial research firms including Wolfpack Research and well-known short-seller Muddy Waters criticized some Chinese companies including Luckin Coffee, iQiyi and TAL Education, claiming that these companies have been involved in accounting fraud by inflating revenue and exaggerating the number of users and customers.

According to a report released by Wolfpack Research on Tuesday, iQiyi “exaggerates the number of users by approximately 42 percent to 60 percent.” The video platform’s stock price dropped by 14 percent on the same day, although it later rebounded. As of the close, iQiyi shares were up 3.22 percent to $17.3.

iQiyi has denied the claim, saying “the data and conclusions that the third party mentioned in its report are inconsistent with the facts… As a responsible listed company, all of the data we published are true and in accordance with the SEC’s requirements.”

iQiyi was not the only company to have its shares sold short. Luckin Coffee, which aims to beat Starbucks in China, recently announced an internal investigation into claims of fraud by one of its top executives. The company’s move resulted its share price plunging more than 80 percent.

“The series of short-selling actions involving Chinese companies could lead to trouble for more Chinese companies that are seeking overseas funding and even make it hard for them to be listed,” Chen Zunde, general manager at Fund Investment in South China’s Guangdong Province, told a group interview on Wednesday.

However, Kuang noted that the short-shelling of Chinese companies’ shares might not be bad news if the companies can offer sound evidence to contradict those claims.

“They can take short-selling cases as an opportunity to prove that they are innocent and make their investors more confident, if they can provide substantial evidence,” Kuang said.