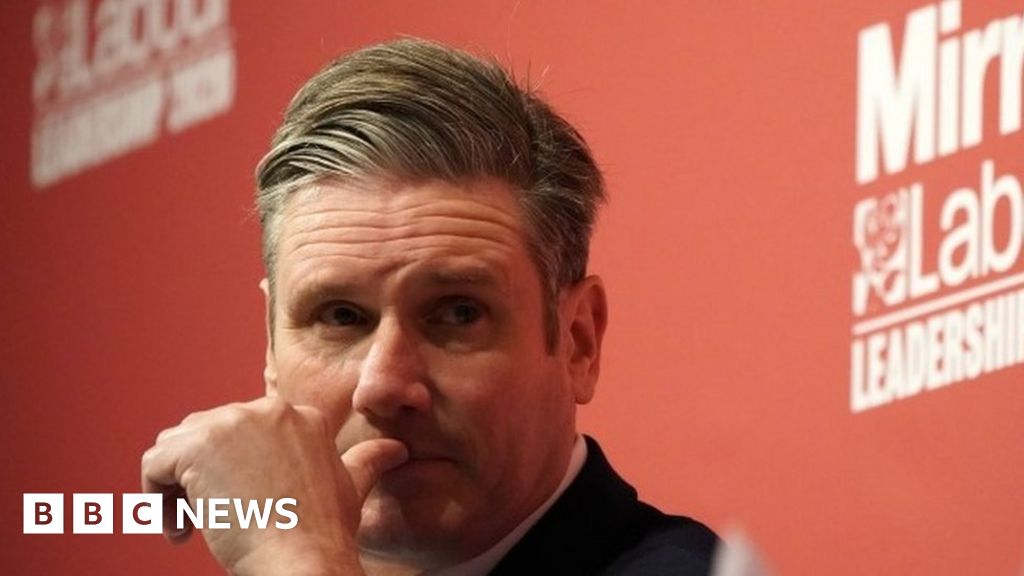 Even before the coronavirus emergency, the next Labour leader was facing a formidable set of challenges.

Here is what is likely to be at the top of Sir Keir Starmer’s in-tray.

In February, Sir Keir Starmer said that if he won the Labour leadership he would use the Commons to attack Boris Johnson as “a prime minister with no conviction or principles”.

But that was before the coronavirus pandemic changed everything.

Now, in the midst of an unprecedented national emergency, with MPs working from home, and the prime minister in isolation, that is not really an option. He will need to find a way of holding the government to account – and asking tough questions – without getting personal or appearing to score political points.

He set the tone in his victory message, saying: “Under my leadership we will engage constructively with the government, not opposition for opposition’s sake.

“Not scoring party political points or making impossible demands. But with the courage to support where that’s the right thing to do.”

But, he added, Labour would “test the arguments that are put forward” and not be afraid to call out the government “where we see mistakes” or “things not happening as quickly as they should”.

He may find it difficult to get a hearing at all. Amid the public’s coronavirus concern, it’s not party politics as usual. Conservative Party opinion poll ratings have soared to 50%, as the public rallies round the men and women in charge.

And with social distancing measures in place, the usual media blitz for a new leader will be severely curtailed. He may even end up being the first opposition leader to make his Prime Minister’s Questions debut via video link from home. He should have plenty of time to think about the next item in his in-tray.

Sir Keir has shied away from criticising Labour’s 2019 general election manifesto, beyond saying it was overloaded with policies.

Labour’s plans for a big public spending increase, criticised by their opponents as extravagant, appear puny alongside the government’s coronavirus response. But with the country effectively on a war footing, with potentially wartime levels of debt, a new approach, and new thinking, will be needed.

During the leadership campaign, Sir Keir reassured potential supporters on the left of the party with a 10-point plan, including key Corbyn policies such as nationalising rail, mail and water and repealing anti-union laws.

But beyond that and a belief in what he calls “moral socialism”, he offered few clues to his thinking on policy.

We do know where he stands on Brexit, however. He is likely to want to fight hard to prevent the UK from leaving the EU single market without a deal at the end of December, particularly if the pandemic tips the country into a deep recession.

Sir Keir said during the leadership campaign that stamping out anti-Semitism in the Labour ranks was a “day one issue”.

He will want to send out a powerful message that he has got a grip on an issue that caused so much damage to his predecessor.

In his victory speech, he says: “Anti-Semitism has been a stain on our party. I have seen the grief that it has brought to so many Jewish communities. On behalf of the Labour Party, I am sorry.”

He vowed to “tear out this poison by its roots” and to judge his success on whether former Jewish members return to Labour.

The Board of Deputies of British Jews said last week that the new Labour leader had four months to resolve the issue.

Sir Keir has said he wants to end the infighting that dogged Labour during the Jeremy Corbyn era, and make the party a “broad church” again.

So the appointments he makes to his shadow cabinet will be crucial.

He is likely to keep figures from the left of the party on his team, possibly including defeated leadership rival Rebecca Long-Bailey, but “centrists”, such as Rachel Reeves and Yvette Cooper are being tipped for a return, in leading roles.

His other leadership rival Lisa Nandy, from the “soft left” wing of the party, may also get the call.

There is also speculation that he will carry out a purge of backroom staff, including the party’s General Secretary Jennie Formby, in an effort to stamp his authority on the party machine and signal a break with the Corbyn era.

And he will have to decide what to offer Mr Corbyn himself, who has been hinting that he would like to retain a frontline role.

This is the most difficult task of all and, for Sir Keir, the only one that really matters.

Much of the attention on election night was on the so-called “red wall” of traditional Labour seats in the Midlands and North of England that fell to Boris Johnson’s Conservatives.

But Labour has been all but wiped out in Scotland, a foundation of Tony Blair’s big majorities, and has lost a lot of ground in Wales too.

Some in the party, such as shadow health secretary Jonathan Ashworth, believe it could be heading for extinction if it can’t find a way of reconnecting with working class voters outside London and the South-East.

Sir Keir has spoken about a massive devaluation of power to the nations and regions of the UK, but he knows it will take a lot more than that to set Labour back on the path to power.