Oil prices surged, setting off a rally in shares of energy companies, after President Trump said on Thursday that he expected that Saudi Arabia and Russia would substantially cut their oil production to halt the collapse of prices.

Mr. Trump said in a tweet that he had spoken with Crown Prince Mohammed bin Salman, who had spoken with President Vladimir V. Putin. “I expect & hope that they will be cutting back approximately 10 million barrels,” he said. That figure represents about 10 percent of normal global consumption. The president later said the cut could be as much as 15 million barrels.

Saudi Arabia called on Thursday for an urgent meeting of the Organization of the Petroleum Exporting Countries and other oil-producing countries with the “aim of reaching a fair agreement to restore” balance in the oil markets. The Saudis said in a statement that they were acting to support the global economy and in “appreciation” of Mr. Trump’s request.

The Kremlin denied that Mr. Putin had spoken to the Saudi crown prince, as Mr. Trump had said in his Twitter message. “No, there was no conversation,” Dmitri S. Peskov, spokesman for Mr. Putin, told the Interfax news agency.

Still, crude oil futures, which had already been climbing on Thursday, surged and shares of oil and gas companies rallied. West Texas Intermediate, the U.S. crude benchmark, rose about 25 percent, and Occidental Petroleum was the best performing stock in the S&P 500, with a gain of about 19 percent. Apache rose nearly 17 percent, and Halliburton gained more than 13 percent.

The rally bolstered the stock market, with the S&P 500 ending the day up more than 2 percent.

Oil prices had been hammered as the coronavirus pandemic all but eliminated travel and damped demand for energy. A price war that broke out between Saudi Arabia and Russia last month intensified the decline. After the countries failed to reach a deal on production cuts, both instead increased output in an effort to gain market share.

The combination of slumping demand and the contest between two of the world’s largest oil producers had pushed crude oil prices down by 55 percent in March alone, wreaking havoc on the energy industry, with oil companies slashing budgets, and refineries cutting production of gasoline, diesel and jet fuel.

The possibility of some relief to the industry was also welcomed by stock investors looking for some good news. Earlier on Thursday, a report on jobless claims showed that 6.6 million Americans filed for unemployment benefits last week in the latest sign of the economic damage wrought by the coronavirus pandemic.

Businesses dependent on consumer spending were battered as a result. Retailers ranging from Gap to Walgreens Boots Alliance fell. Live Nation Entertainment, which produces concerts and sells tickets to events, was one of the worst-performing stocks in the S&P 500, after falling about 13 percent. Kohls fell about 10 percent. 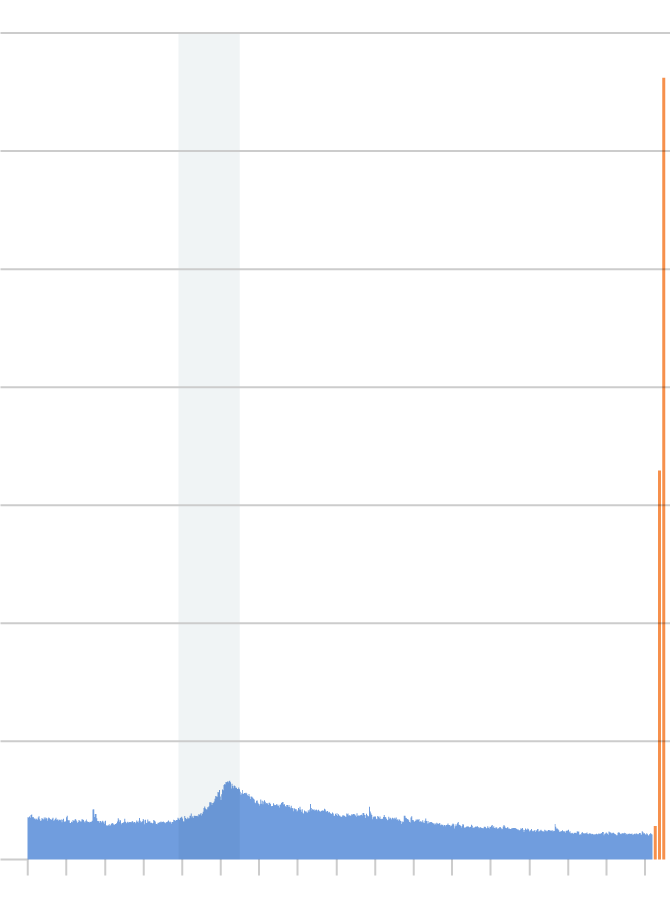 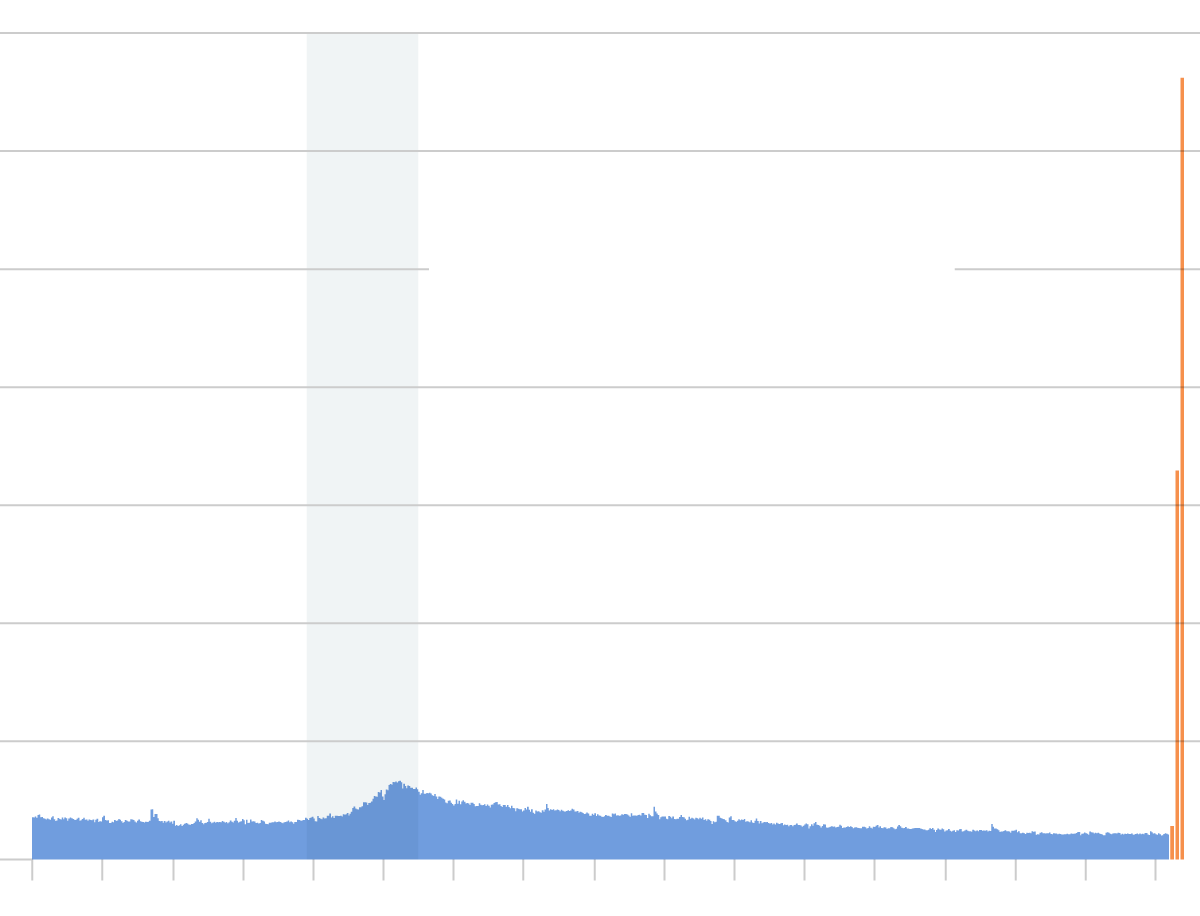 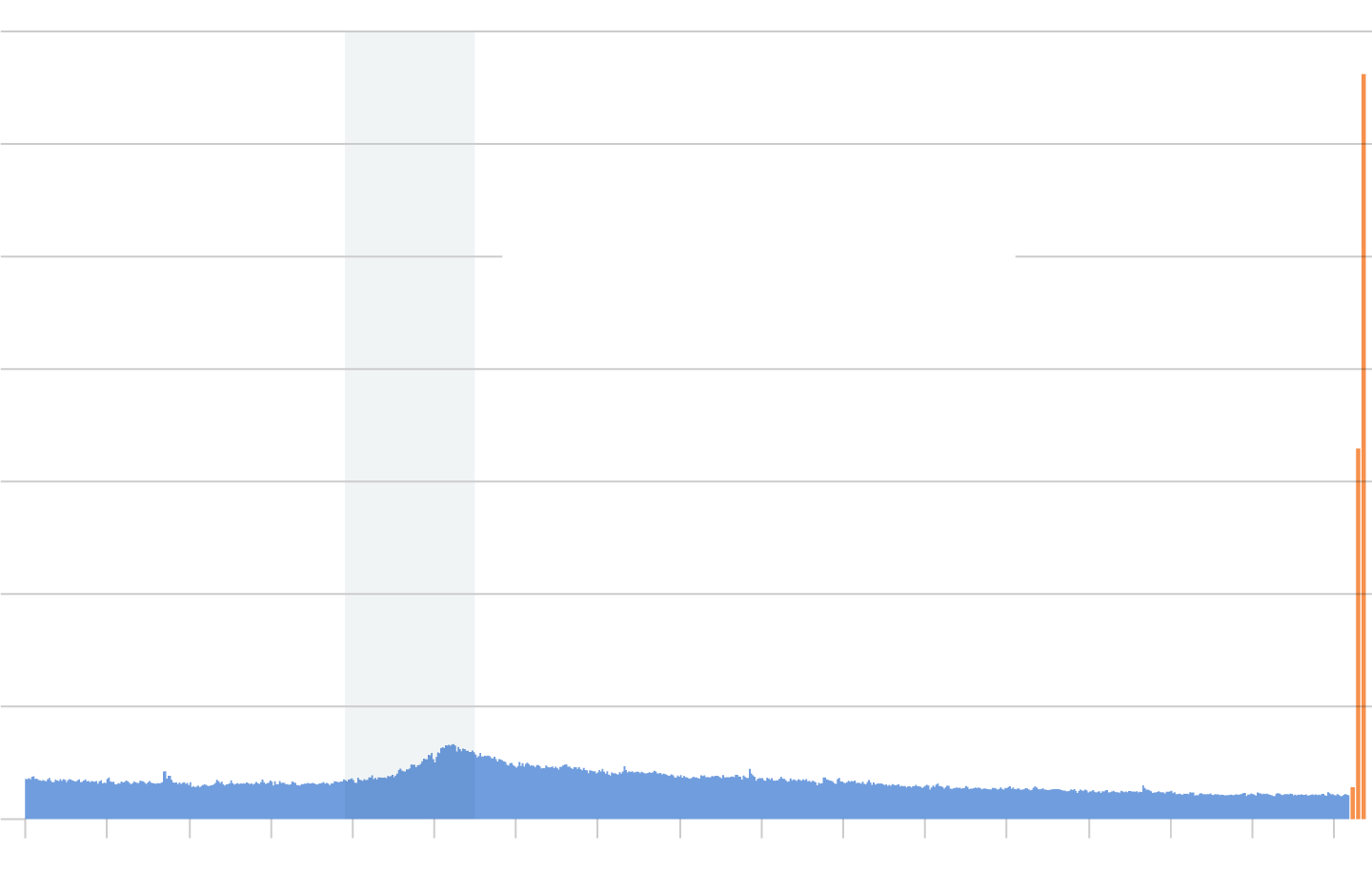 The latest claims brought the two-week total to nearly 10 million.

The speed and scale of the job losses is without precedent. Until last month, the worst week for unemployment filings was 695,000 in 1982.

“What usually takes months or quarters to happen in a recession is happening in a matter of weeks,” said Michelle Meyer, chief U.S. economist for Bank of America Merrill Lynch.

A month ago, most forecasters still thought the United States could avoid a recession. Today, with the pandemic shuttering businesses and forcing vast layoffs, many economists are expecting a decline in gross domestic product that rivals the worst periods of the Great Depression.

Treasury Secretary Steven Mnuchin said he has tapped three Wall Street investment banking firms to advise the government on its bailout of the airline industry and other companies that are critical to national security.

As part of the economic relief package passed by Congress last week, Mr. Mnuchin has allocated more than $40 billion in money to rescue the airlines and other companies that are important for national security. The government will take equity stakes or other forms of compensation in exchange for propping up the businesses.

At a news conference on Thursday, Mr. Mnuchin said he picked PJT Partners, Moelis and Perella Weinberg Partners to serve as outside advisers to the effort.

PJT will be focused on the airlines, Moelis will focus on cargo carriers and Perella Weinberg will concentrate on other companies, such as Boeing. Mr. Mnuchin said that the firms would be charging the rate they use for work for charities, and the contracts would be made public.

“No big fees to bankers,” Mr. Mnuchin said. The Treasury has also selected three law firms to be part of the process. Mr. Mnuchin did not disclose their names.

As the coronavirus pandemic worsens and more Americans are told to stay home to avoid spreading the virus, retailers are responding by extending store closings and providing protection to workers in stores that remain open.

Lululemon said on Thursday that its stores in North America and other countries would remain closed until it was safe to reopen and that it would keep employees on the payroll through June 1, even if the stores remain shuttered.

The company’s senior leaders will take a 20 percent salary cut for three months, and its board will forgo a cash retainer, resources that will go toward a fund for Lululemon employees “facing Covid-19 related hardships.”

The athleisure retailer, which recently hit $4 billion in annual sales, will continue to sells its goods online.

Bed Bath & Beyond said that it would extend its temporary store closures in the United States and Canada until “at least” May 2. Its buybuybaby and Harmon stores continue to operate based on state and local regulations.

The chain said it would furlough most store associates and “a portion” of corporate associates until at least May 2. Bed Bath & Beyond said staff affected by its announcement would receive pay and benefits through April 18.

And Target said on Thursday that it would supply face masks and gloves to its more than 350,000 workers in stores and distribution centers, following a similar announcement by Walmart this week. The chain said that starting on Saturday, it would also monitor and potentially limit customer traffic in stores to promote social distancing. Target said that it had already put up signs to promote social distancing, and added plexiglass partitions at registers.

The company’s move is notable because workers across essential retail chains have been seeking more protection, especially through the use of masks and gloves, as they face potential exposure to the coronavirus.

Last month, several chains told employees that they could not wear masks because it might be off-putting to customers. That stance is shifting as the number of deaths from the virus rise and essential retailers remain some of the only places left where people are congregating.

Unemployment could remain as high as 9 percent through 2021, the C.B.O. says.

The Congressional Budget Office said on Thursday that it expected unemployment to top 10 percent for the second quarter of 2020 and the economy to contract by 7 percent as the coronavirus takes a toll on economic activity in the United States.

In a blog post on Thursday, the director of the budget office, Phillip Swagel, wrote the decline “could be much larger” and that the virus had made any economic forecasts highly uncertain.

Mr. Swagel said the unemployment rate could have reached 12 percent if not for the expected effects of the $2.2 trillion economic rescue package that President Trump signed last week.

More ominously, the office does not expect a quick return to rapid economic growth later this year. Instead, Mr. Swagel wrote that its analysts “expected the effects of job losses and business closures to be felt for some time” with the unemployment rate remaining at 9 percent by the end of 2021.

The first round of stimulus funds are expected the week of April 13.

Officials from the Treasury Department and the Internal Revenue Service have told Congress that direct deposits of economic stimulus money are likely to begin the week of April 13 and paper checks will start being sent in early May.

According to a memo based on the briefing with members of the House Ways and Means Committee this week, taxpayers whose banking information is not on file with the I.R.S. could experience long delays in receiving their paper checks, with wait times stretching as long as five months. The paper checks will be cut at a rate of five million per week, and people with the lowest income will receive them first.

The I.R.S. estimates that there are 150 million to 170 million taxpayers and that as many as 110 million of them either do not file or have not provided their banking information.

The agency is encouraging those people to file a “simple tax return” that would include their direct deposit details. It also hopes to have a new online portal ready in the next three weeks that will allow taxpayers to check on the status of their refunds and update their information.

A Treasury spokeswoman said that 50 million to 70 million Americans are expected to receive Economic Impact Payments through direct deposit by April 15 and that “the “overwhelming majority” of eligible Americans will receive payments within the next three weeks.

Catch up: Here’s what else is going on.