Stores try to stay relevant while their doors are closed 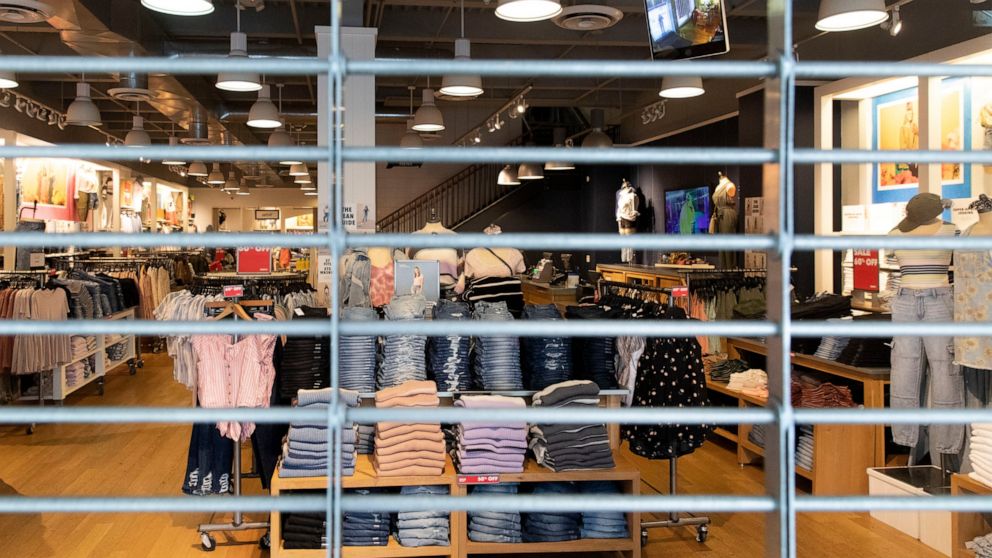 NEW YORK — Long before there was a global coronavirus pandemic, brick-and-mortar retailers struggled to get people to walk through their doors instead of shopping online.

Now those retailers are faced with an even more Herculean task: how to stay on people’s minds — and more importantly their pocketbooks — when many of their store doors are closed.

More than 250,000 stores like Macy’s, Nordstrom and Nike that sell non-essential merchandise have temporarily shuttered since mid-March in response to the pandemic. That’s 60% of overall U.S. retail square footage, according to Neil Saunders, managing director of GlobalData Retail.

“Retail has hung a closed sign on the door literally and metaphorically,” Saunders said. “This is the most catastrophic crisis that retail has faced — worse than the financial crisis in 2008, worse than 9/11. Almost overnight, the retail economy shifted from being about things people want to things that they need.”

Some retailers have responded to the challenge by coming up with creative ways to stay relevant. Nike, for instance, introduced workout apps in China when the coronavirus first surfaced there, resulting in an 80% increase in users within the quarter and a 30% increase in online sales. It’s now pushing a similar campaign in the U.S. and Europe.

Yoga pants maker Lululemon is holding online classes in North America and Europe after gaining thousands of new followers in China on WeChat. Lululemon CEO Calvin McDonald told analysts during a recent call that during its first week of closures in the U.S., it saw nearly 170,000 customers join Lululemon for its live classes.

Small businesses are also pivoting in order to hold onto customers. Camp, a new toy chain that set itself apart from online retailers by doubling down on the physical experience, is hosting virtual birthday parties and creating curated gift boxes now that its five stores have gone dark. Politics & Prose, a popular Washington D.C. bookstore, was also forced to temporarily close and is now starting to stream author talks online and offering a curbside pickup service.

“Many bookstores are known as havens for comfort and reassurance in difficult times,” said Bradley Graham, co-owner of the bookstore. “But a pandemic is not like other crises. In a medical crisis like this, the idea of bringing people together becomes an anathema.”

Even discounters and wholesale clubs like Walmart and Costco that remain open so customers can still buy essential items like groceries and toilet paper have had to shift their offerings to focus on household goods while ignoring the racks of trendy clothing elsewhere in their stores.

But many mall-based clothing retailers like Gap, Kohl’s and Macy’s that were already struggling before the pandemic haven’t been able to pivot successfully to online-only. Although they have been expanding their presence, with clothing accounting for about 27% of overall online sales last year, their businesses aren’t built for their stores to remain shuttered for such a long stretch.

With spring merchandise piled up and nowhere to go, many chains are slashing prices anywhere from 40% to 70%. Some like Gap and Ralph Lauren have temporarily stopped ordering for the fall season with no clear view of when stores will reopen. A slew of retailers announced late last month they would have to stop paying a majority of their employees in order to preserve cash, although they would continue to cover their health benefits.

Forrester Research retail analyst Sucharita Mulpuru says most mall-based retailers are not embracing services like curbside deliveries, which could help them hold onto at least some sales during the pandemic. She also says they should be creating content online to lure their loyal credit card customers, although she acknowledges they’re in survival mode.

But even those moves will only go so far to stem the bleeding and many retailers could end up shutting their doors for good. Coresight Research predicts that 15,000 U.S. stores will permanently close this year, setting a new record and nearly doubling its earlier forecast of 8,000 store closings.

Global brands have been looking to China, which is slowly emerging from the pandemic, to see what the future may hold. Bricks-and-mortar retailers there are gradually reopening but face a possible permanent loss of customers to fast-growing online rivals after millions of families were confined to their homes for months in a country that already is one of the biggest e-commerce markets.

E-commerce accounted for 21.5% of retail sales in January and February, up 5% from a year earlier. By contrast, e-commerce was about 10% of last year’s U.S. retail spending, according to the Commerce Department.

Overall, e-commerce sales in the U.S. soared 38% from March 12 to March 31 compared with its March 1 to March 11 baseline, the week before the World Health Organization announced that the COVID-19 was a pandemic, according to the most recent numbers by Adobe Analytics.

For Lee Walzer, a 56-year-old lawyer from Arlington, Virginia, shopping has been a low priority, whether it’s online or in stores. He is only buying the essentials from his local grocery store and on Amazon as he hunkers down and works from home.

“I’m buying food and not much more,” Walzer said. “Financially, no one knows what the economic landscape is going to look like in the next few months. Suddenly, the world has really shrunk. That is definitely having a big shopping impact for me.”