We are potentially facing a “mental health crisis in teenagers” due to the coronavirus pandemic, says the boss of a theatre company dedicated to working with young people.

And the things that normally help them to cope – “connection with other teenagers, space outside the home and support from adults” away from their family – are much harder to access in the COVID-19 lockdown.

He said it was particularly hard for those who have difficult relationships with their parents, are living in crowded homes or whose parents have health or financial concerns due to the crisis. 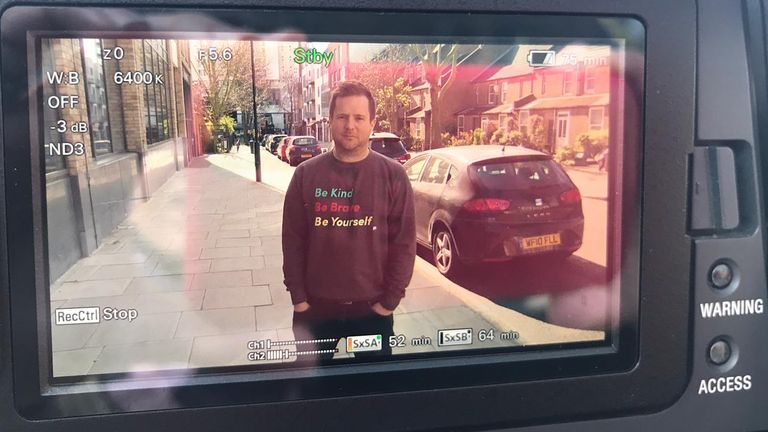 Company Three has launched “the Coronavirus Time Capsule” – an initiative aimed at giving “teenagers space to express themselves, to feel they are being heard and to express what life under lockdown looks like”.

Glasier and his team will be holding weekly virtual meetings with the young people they routinely work with (around 75 who usually meet in person).

They will be encouraged to produce pieces of art – whether its poetry, song or rap, anything to encapsulate their feelings – the result being a cumulative video time capsule they will contribute to until the crisis is over.

It is widely accepted being a teenager is tough at the best of times, but the current generation have been robbed of their rights of passage.

Many have had exams cancelled, not to mention not seeing their friends or going out. 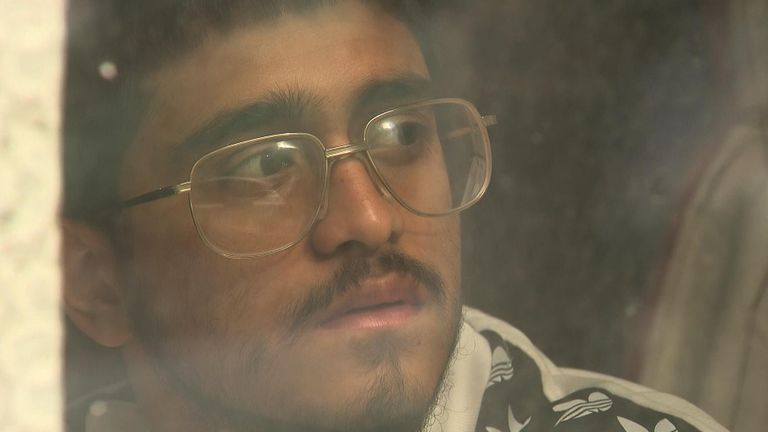 Image: Inaayat Chowdry: ‘It feels like an alternative reality’

Inaayat Chowdry, 17, is part of the theatre company and was due to sit his A Levels in June.

He told Sky News: “It feels like an alternative reality. I still feel like this is a dream. I’m still waiting for my teachers to say come into lessons and I’m really confused.”

He had mixed feeling when exams were cancelled, both joy and disappointment: “It’s an element of both, you’re working so hard and then out of the blue, the news comes on and Boris Johnson says you’re not going out anymore.

“A few weeks ago, I had a countdown on my phone which said 76 days until my exams and now I’m playing FIFA.”

The teenager, who lives with his mother, brother and sister in London, said lack of space was definitely an issue as was the uncertainly about the future.

“The fate of my future isn’t clear and that’s also really scary for me,” he said.

He added that relying on teachers to give predicted grades was also unnerving, not to mention having no end in sight.

He said many of his friends “feel they have no purpose” but the Coronavirus Time Capsule was giving him a useful aim.

“I’m trying to change my mindset. This project gives us teenagers a sense of purpose, otherwise I’d be very depressed.” 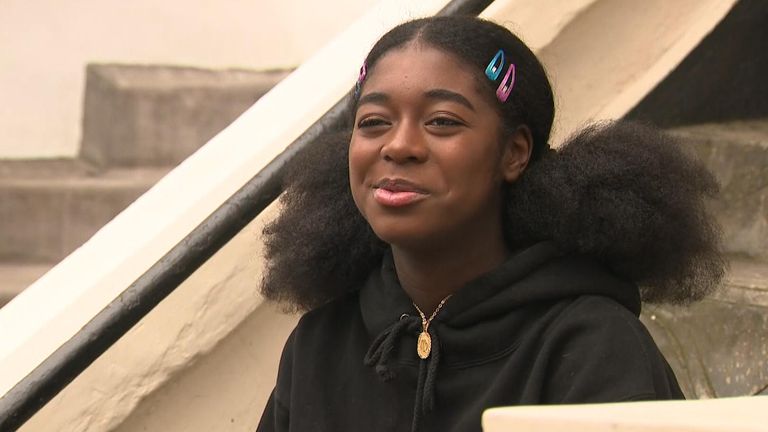 Image: Renee Jean Charles feels like all her exam preparation was a waste of time

Renee Jean Charles, 16, told Sky News she was initially overjoyed when her GCSEs were cancelled but those feelings soon faded, and she felt deflated at the thought of what she had lost.

She said: “Initially I was so happy and the day after I saw all my friends and they were all so sad and I thought about it and I was too. Five years leading up to them [her GCSEs] and it feels like a waste of time.”

She said she found “leaving my friend’s” the most difficult thing to process and the fact school “all ended quite abruptly”. She too is anxious about how her long-term future will be affected.

“We’re afraid because we don’t know what’s going on, GCSEs were going to lead us into everything.

“We all had plans, learning to drive, getting a job and so we don’t really know what’s going on with our lives. GCSEs are the most important – when you really get to know yourself.”

Company Three is making the Coronavirus Time Capsule project available to youth theatres, educations institutions, drama groups and community arts projects from all over the world.

Groups from Spain, America and Nairobi have already got involved and the results look set to provide a fascinating insight into the lives of teenagers across the world during the pandemic.